Piketty, Capital, Soaring Stock Markets and Why Americans Aren't Rioting in the Streets

It's incredible but for the past couple years, on successive European junkets, a question that invariably pops up from the Euros - be they Austrians, Germans or Swiss is: "Why aren't Americans rioting in the streets? Why aren't they burning everything down like those folks in Kiev? Why do they tolerate the super rich getting off at their expense?"

Well, as I informed them, it's not as if the images of the rich haven't been circulated, including their $100,000 gold-plated bathtubs, special electronic, auto-wiping, super-sanitizer butt-cleaner toilets and so on. Not to mention images like these showing the rich at play using the gains from the labor of the rest of us: 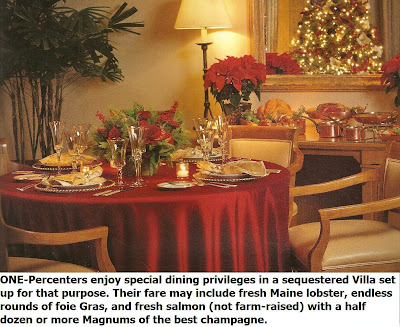 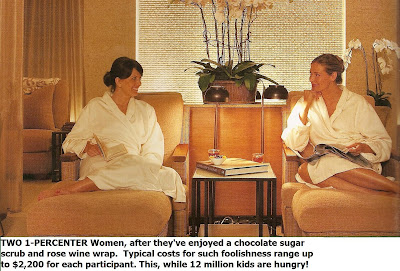 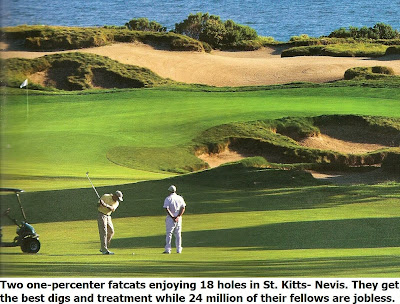 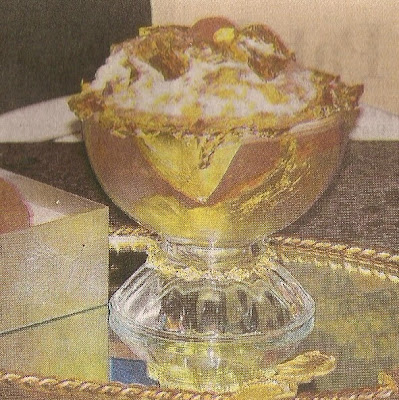 The $ 25,000 (apiece) Frrrozen Haute Chocolate fills the bellies of the wealthy layabouts  as an every day dessert but would incite a workingman to barf.


This isn't "blowing smoke" or instigating  insurrection either. In one candid conversation with Frank Rich last fall, Chris Rock said, “Oh, people don’t even know. If poor people knew how rich rich people are, there would be riots in the streets.” Further, the findings of three studies, published over the last several years in Perspectives on Psychological Science, indicate that Rock is right. We have no idea how unequal our society has become and to address the Europeans' question, most Americans really don't care  (e.g. http://brane-space.blogspot.com/2015/03/clutter-capitalism-and-inequality-why.html   ) since they fancy that one day they will become rich too - just by working hard. Of course, they are deluded. As author Michael Parenti has noted ( 'Dirty Truths') 94 percent of wealth comes by way of the wealthy not doing a damned bit of work but by inheritance.

Thomas Piketty noted the parlous effect of this inherited capital in his masterpiece book: 'Capital in the Twenty-First Century', where he noted the innate tendency for capital to increase  encapsulated by the shorthand,  r > g  with r the long run returns on capital and g is the rate of economic growth. Basically, it shows the "past devours the future". This is highlighted by the fact that the heirs of the fatcats  pay zero capital gains taxes on their stocks or other assets.  Such “unrealized” gains now account for more than half the value of assets held by estates worth more than $100 million. At the same time, the estate tax has been slashed. Before George W. Bush was president, it applied to assets in excess of $2 million per couple at a rate of 55 percent. Now it kicks in at $10,680,000 per couple, at a 40 percent rate.

No wonder these little bastards can afford to eat two or three Frrrozen Haute Chocolates  each day then whiz off to St. Kitts for 18 holes each weekend while their wives enjoy rose wine wraps.

Piketty's data shows  that indeed, inherited wealth has  metastasized inequality because the scions of the wealthy can then park their capital in rentier venues: dividends, profits, capital gains, interest and so on- and just let it grow while they sit on their asses. As a result, the gaping inheritance disparity actually grows more gaping each year after the inheritances have been received.

Worse now, is that the Fed has been feeding these layabouts with crack money via quantitative easing which has propelled the stock market to new heights. (Of course, it will have to come down eventually, which will be when the Fed finally gets the cojones to raise interest rates again instead of feeding crack to the markets and subsidies for chronic borrowers - while savers suck salt.)

Of course, the reason Americans are hard to enrage about this is not only their pie-eyed optimism but also their woeful ignorance.  From recent studies, the average American believes that the richest fifth own 59% of the wealth and that the bottom 40% own 9%. The reality is strikingly different. The top 20% of US households own more than 84% of the wealth, and the bottom 40% combine for a paltry 0.3%. The Walton family, for example, has more wealth than 42% of American families combined.

As the journalist Chrystia Freeland put it I her book about the plutocrats,  “Americans actually live in Russia, although they think they live in Sweden. And they would like to live on a kibbutz.” Norton and Ariely  in their own study also found a surprising level of consensus: everyone — even Republicans and the wealthy—wants a more equal distribution of wealth than the status quo. (Of course, the intelligent wealthy had better get on board if they have any recollections of what transpired during the French Revolution.)


Of course, the Republican Party itself - in the maw of the wealthy business class- is determined to exacerbate the inequality and make the Gini coefficient even lower. Their most recent budget attests to this, cutting not only Obamacare and Medicaid (which more than 20 million currently depend upon) but also Medicare (using Paul Ryan's infamous vouchers or "premium support" - more like premium abort) and cutting Social Security.

If we ever do end up in a scenario in this country resembling the French Revolution you will be able to lay most of the blame on the Republican Party.

See also:
http://www.smirkingchimp.com/thread/john-chuckman/61645/the-enduring-reality-of-government-by-wealth-and-some-of-its-consequences
Posted by Copernicus at 10:19 AM