A Prof Tries to Fail His Whole Class: Was He Right Or Wrong? Prof. Horwitz and one poll showing a majority disagreeing with him.

The story of Texas A&M professor Irwin Horwitz is beyond merely pathetic. For those who may not know,   Horwitz attempted to fail his entire  strategic management  class -- close to three dozen students in total -- but the school is blocking him from doing so.

Horwitz announced in emails last week to university administrators and to his class that he would no longer teach the course and would fail the entire class because "None of you ... deserve to pass, or graduate to become an Aggie," according to Inside Higher Ed

The professor said the class was being so disruptive that he couldn't endure teaching the course for the rest of the semester, and now a department head will take over.  Horwitz told KPRC the class was so bad he needed security guards in the room.  According to the prof:

"Since teaching this course, I have caught and seen cheating, been told to 'chill out,' 'get out of my space,' 'go back and teach,' [been] called a 'fucking moron' to my face, [had] one student cheat by signing in for another, one student not showing up but claiming they did, listened to many hurtful and untrue rumors about myself and others, been caught in fights between students,"

Could the prof be lying or exaggerating? Making a "mountain out of a molehill"? I doubt it. For the relatively brief time of my exposure to American higher education, I know most of the students didn't belong there. They come in to university unprepared from top to bottom, lacking basic skills in numeracy as well as literacy.

By "numeracy" I don't even mean facility with basic algebra. I mean skills such as:

I realized how far below basic competence some of these purported "college" students were during one Space Physics lab I conducted at Univ. of Alaska- Fairbanks when during an experiment on Snell's law to do with refraction and a sketch layout, e.g. 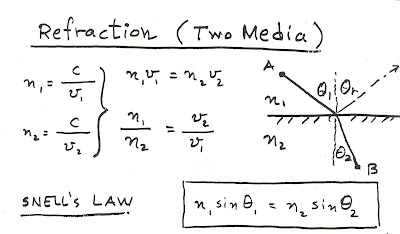 One student then another asked how one could obtain the ratio of the angles:

I realized then I had to set up remedial math classes just to ensure the students would be able to make their way through the remaining labs!

I suspect, though I can't be absolutely sure, that Horwitz  had similar problems. As far as the disrespect goes, fortunately I left full time teaching at the cusp of the grade inflation-teacher evaluation infection, and before all the social media devices invaded the classroom as well as 'Rate My Professor'.   All of these in tandem, I believe, have contributed to an atmosphere of disrespect and casual inattention in the classroom and outside it. Professors, once held in some esteem, are now belittled on sites like 'Rate My Professor'- as well as on Facebook and via Twitter.

Thus, the profs today face not only unruly students, but helicopter parents who are convinced their charges can do no wrong, and also a social media and web atmosphere that turns them into caricatures. Truthfully, the only profs remaining who have any fun are those whose work is based 90 percent or more on research, not teaching. So they needn't worry about having to seize a cellphone (as one angry prof did at Caltech), and hurling it against the chalkboard in frustration.

Where I disagree with Horwitz, of course, is failing students by email. If they deserve to fail then fine, but back it up with academic records not merely pique at bad behavior. Hence, give them a major final exam, weight it say as 50 percent of the semester grade, and average that with the grades for other exams and homework. Then, if the average is below 70 it's an 'F' they receive.

The important thing is that the failing grade must be formed on an objective basis, not be subjective or based on subjective perceptions.

Texas A&M Vice President of Academic Affairs Patrick Louchouarn told KPRC in Houston that none of the students have failed the class  because the "only reason a student would fail because he or she has not performed the expectations for that particular class."

Again, if that is supported by academic records then they DID fail, no two ways about it. If the academic records showed clearly that a student didn't perform according to grade expectations (above 70 to pass) then yes, they fail. This remains to be sorted out.

"I have nothing left," Horwitz told the Houston Chronicle, blaming the school for not enforcing the university's honor code against his allegedly unruly students. "I put my neck on the line for what I thought was the right thing to do."

This is admirable, but again you can't fail an entire class because even 50% are bad applies and cheat or are unruly. You need the evidence of academic records to do that. My takeaway is that Horwitz simply suffered burnout and ought to have left long before this. Sometimes even money and tenure are not worth the headaches and ulcers if you're not enjoying what you are doing.

http://www.salon.com/2015/05/12/academia_is_the_titanic_mark_bauerlein_on_teaching_in_the_morally_bankrupt_grind_of_the_new_american_university/
Posted by Copernicus at 9:53 AM