It doesn't take a genius to perceive that Bill O'Reilly is a consummate liar who's been exposed in so many venues and ways it boggles the mind how he could still have a job. I mean, if Brian Williams could get six months suspension over his "misrepresentation" - on how he'd been in a chopper that was fired on by RPGs while on assignment in Iraq, how is it O'Reilly hasn't gotten suspended for a year or even fired?  Apart from media lies he's also lied about his work background, claiming to once having been a "history teacher at a Florida high school."  Well, that high school was Monsignor Edward Pace High in Miami where I graduated from, and he never taught history - he taught English.   This is important because this blowhard is trying to claim experience and background inapplicable to his "Killing" books - which are made up bollocks.

The latest lie exposed (at salon.com) concerns O'Reilly's claim (in his book, 'Killing Kennedy')  of tracking George de Mohrenschildt (then Oswald handler for the CIA), who befriended the Oswalds after they'd returned from Minsk, USSR.  In his daffy book, O'Reilly writes - regarding the death of  de Mohrenschildt - which most serious researchers take to be homicide of yet another would-be witness:


"As the reporter knocked on the door of de Mohrenschildt’s daughter’s home, he heard the shotgun blast that marked the suicide of the Russian, assuring that his relationship with Lee Harvey Oswald would never be fully understood.
By the way, that reporter’s name is Bill O’Reilly."

Now let's note first that the mistake of de Mohrenschildt   before being called for preliminary testimony for the HSCA Investigation, is that he'd already maintained Oswald had been a "scapegoat" and he'd been charged with "babysitting" him to ensure he hit the right marks at the right time for the frame up. Alas, three hours after he'd revealed the CIA had sanctioned his contacts with Oswald he was found shot to death in his daughter's home in Manalapan, FL.

Now, where was O'Reilly really? Well, 1200 miles away talking to one of the lead HSCA investigators, Gaeton Fonzi (author of the book, 'The Last Investigation' which I recommend to all interested readers). This is verified from a tape posted at one of the JFK assassination clearing houses JFKFacts.org,  .

To paraphrase Jefferson Morley: "No way could O'Reilly have heard a gunshot from 1200 miles away."  Besides which, IF O'Reilly was there it is a good bet he wouldn't be around now. Any CIA hit men taking out de Mohrenschildt    surely wouldn't have allowed any witnesses - no matter how proximate, optical or audible,  to live.

How vicious and vindictive were these CIA contract killers that took out de Mohrenschildt ? Clue one emerges after mobster Johnny Roselli had blabbed to journalist Jack Anderson how "Ruby was one of our boys and had been hired to kill Oswald". (Twyman, 'Bloody Treason', p. 386).  Of course any testimony on this score would have blown the cover story that Ruby shot Lee out of the goodness of his heart ("to spare Jackie a trial appearance") to kingdom come. It would also have fixated public consciousness on the conspiracy,  which of course could not be permitted. That would've exposed LBJ's Warren Commission for the fraud it was.

Thus it was that prospective HSCA witness Johnny Roselli had to also meet his cruel end, as described below by Gaeton Fonzi in 'The Last Investigation', p. 375:

"In July, 1976, Roselli had disappeared and in August, the month before the Committee (HSCA) was established, Roselli surfaced in the shallows off the Intracoastal Waterway in North Miami. He had been smothered to death and shot, then cut open from chest to navel. His legs had been hacked off and stuffed with his torso into a 55-gallon steel drum which was wrapped with heavy chain and moored to a weight in the water. The mooring broke when the gases from Roselli's decomposing body forced the drum to float to the surface."

Well,  the killers wanted to make damned sure there were no flapping gums. Like David Ferrie nine  years earlier, and George de Mohrenschildt  a year later, they wanted to ensure Roselli never talked. Murdering witnesses does wonders to keep a conspiracy under wraps - while moron media blabbermouths and their useful idiot lackeys keep babbling about "tin foil hats".

What does Gaeton Fonzi have to say about de Mohrenschildt? In the photo section on the 6th page (of  16 pages) we see this stock image of him: 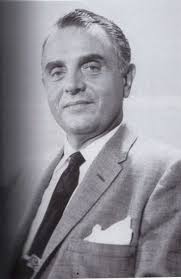 And on the left side we read  the following:

"The Assassinations Committee discovered  that George de Mohrenschildt, a prominent Dallas social figure who mysteriously befriended a working class ex-Russian defector, had been asked by the CIA's resident Domestic Contact Agent to debrief Oswald. When Committee investigator Fonzi tracked down De Mohrenschildt in South Florida, the longtime CIA asset was found dead before he could be questioned. However, in the skewered world of Washington politics, De Mohrenschildt's sudden death was a factor in keeping the Assassination Committee alive"

How so? The answer emerges in a post-script addendum by Fonzi, referencing the date (March 29, 1977)  of de Mohrenschildt's killing and what else transpired, after he was notified by Fonzi that he was being sought to testify in the HSCA hearings:

"That evening in Washington,  with the Committee on the verge of losing a House vote for its reconstitution and funding Chief Counsel Sprague resigns. The next morning the news of de Mohrenschildt's death and Sprague's resignation produce a victory for the Committee's continuation."

Be assured this was no coincidence. While de Mohrenschildt was a key witness (who would have disclosed how Oswald was being manipulated or "sheep dipped" in Agency parlance) Richard Sprague - the original HSCA head - vowed to "dig deeply into the methods of the FBI and CIA" and also hold them to account. But as per its usual wont, the CIA began a smear campaign in the media against him  - and also rounded up useful collaborating 'whores' in the House (like Henry Gonzalez- who told the spooks to "ignore all Sprague's subpoenas") to ensure Sprague had to depart. That it occurred simultaneously (the same night) as de Mohrenschildt's death probably led Sprague to see what would also happen to him if he didn't leave. The CIA takes no prisoners, as we've beheld with their torture routines- and how their henchmen solved the Roselli problem.

You can read more of the details here:

Take particular note in the above link of the fact that in the wake of Sprague's departure, none other than CIA "Information and Privacy Coordinator"  Jim Lawderman took control and on July 27 wrote out the terms of the CIA’s control of Blakey’s  HSCA investigation. (Mellen, J., ‘Farewell to Justice’, p. 345).  One of the terms cited was (ibid.):

“ Certain areas relating to the assassination of President John F. Kennedy should be entirely disregarded based upon our contention they are without merit or corroboration” (ibid.)
Thus, the CIA's overseers were effectively judging the threshold for acceptable evidence even before there was any.

NONE of this appeared in O'Reilly's book 'Killing Kennedy'. But we know what did appear were his false claims of where he was when de  Mohrenschildt met his Maker.

The CIA control meant the HSCA like the Warren Commission before it, was basically a sham, a posturing bit of showmanship to try to please and placate the hoi polloi. There was never any real intent to get at the truth - exposed when they actually managed the incredible Jedi mind trick of finding for conspiracy (95%) but also still claiming the shots came from the Texas School Book Depository. Square the circle anyone?

Fonzi himself minces no words on p. 402 of his penultimate chapter, 'Looking Beyond Conspiracy':

"This was the last investigation and it did not do the job the American people had asked it to do....there is not one investigator, not one, who served on the Kennedy task force who honestly felt he took part in an adequate investigation, let alone one 'full and complete'"

But again, the presence of CIA control had to hold a shadow over it, and fear played a role as Fonzi observed in his "Last Note", p. 410:

So the HSCA Committee would rather let this rat perjure himself,

Than confront the CIA that put him up to it. Recall it was Phillips who was Mexico City station chief and who crafted the cables that helped to frame Oswald. As noted by Peter Dale Scott (‘ and Deep Politics’, 2013, p. 25) : “at least three show signs of CIA doctoring and the first, which does not, was nevertheless so misleading as to be possibly dishonest.” This was the cable from the Mexico City Station on Oct. 8 that claimed Oswald had appeared at the Soviet Embassy on Oct. 1, claiming  he had spoken with Valeriy Kostikov three days earlier.

Thus, our democratic reps were in fear and trepidation at the prospect of confronting the national security state - which they also had to know played the major role in Kennedy's killing (at Johnson's behest as would come out years later.)

Meanwhile, in Fonzi's mind there was never any issue or doubt on conspiracy (p. 408):

"Long before the Assassinations Committee received confirmation from the acoustic tests in Dealey Plaza, the evidence for a conspiracy was overwhelming.  And in the narrow perspective of my personal quest for substantiation, I've come to conclude that, for me, two pieces of evidence provide irrefutable evidence of conspiracy:  One demolishes the single bullet theory - the locations of the bullet holes in the back of Kennedy's jacket and shirt - hard, tangible, measurable evidence - that obliterate the possibility of a bullet emerging from Kennedy's throat and striking Governor Connolly. The other was.... the deliberate act of connecting Oswald to the assassination before the assassination."

It seems to me that if "Billo"  O'Reilly wanted to truly write a serious book on the assassination, he not only would have spoken to Fonzi in 1977 (as he did - from the tapes released), but also have gotten hold of his book 'The Last Investigation', published in 1993 and taken his conspiracy position seriously.  After all, Fonzi was instrumental in helping O'Reilly move ahead while at Miami Magazine, and even moving on to TV spots.  But then, the objective was never about telling the truth and "informing the folks" but interjecting himself into a historical aftermath that amounted to bare faced lies, and sticking with the usual official bollocks that "Oswald dunnit".


See : This interview with Gaeton Fonzi:

And also my original take on O'Reilly's book: