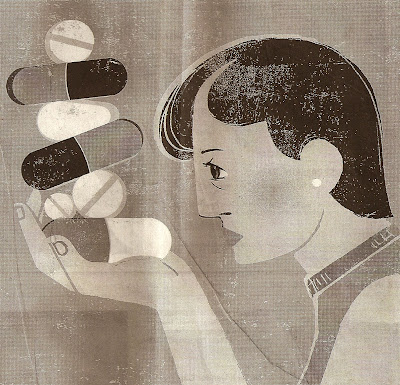 In a previous blog:


I noted the dangers of statin drugs in being over-prescribed (often in too high an initial dosage) as well as over-hyped. I also cited a book by Jay S. Cohen, M.D. ('Statin Drugs and Their Natural Alternatives', Square One Publishers, 2005) enumerating and describing all the downsides, including:

- Statin -triggered muscle pain , which can lead to more (anti-inflammatory) meds to correct it

- liver damage, sometimes leading to the need for a liver transplant

- Statin-related memory deficits which can sometimes be so severe they can mimic Alzheimer's symptoms ( In one case, a woman's language was so totally inchoate that when she meant to ask: 'Please pass the bread', it came out: 'Please pass that elephant'!)

- Disposition to develop polyneuropathy or peripheral nerve damage that produces numbness, tingling, pain and weakness in the limbs


All of these were documented in the referenced book, and dose-age related as observed by the author:

"Most side effects are dose-related , so preventing side effects means starting low and going slow, which is particularly important in seniors. Indeed, despite some of its questionable decisions, the FDA agrees in principle"

Further backed up by my other citations from R.D. Williams, writing in FDA Consumer Magazine (Sept.-Oct. 1997, 'Medications in Older Adults'):

"There is evidence that older adults tend to be more sensitive to drugs than younger adults, due to their generally slower metabolisms and organ functions. The old adage....'start low and go slow' applies especially to the elderly".


Sadly, too many physicians - especially primary care- are still too extensively hostages to the Big Phrma drug pushers, and accept samples as well as other perks to push these meds on patients that may not need them. The physicians themselves, often don't realize many patients (especially older) may be medication-sensitive and have severe reactions when ordered to take the prescribed dose printed on the bottle. This is often because the docs are too often abysmally ignorant, or as Cohen notes:

"Doctors are taught to trust the information they receive and to distrust information from non-mainstream sources, especially if it is anecdotal or subjective. They are concerned that under-dosing can cause ineffective treatment. Most doctors have not seen much, if any, of the low dose data. Drug companies are their main source of information."

In other words, even intelligent and knowledgeable patients may often be put on the defensive and be forced to formulate coherent and consistent arguments to ward off a given doc's med pushing. This also was reinforced in a WSJ piece ('Designing a Smarter Patient', Sept. 24-15, p. C3) wherin one fifty-plus year old nursing assistant had to fend off her doc trying to push a statin pill on her by parroting the known bogus factoid that

"by taking a statin pill you will reduce your risk of a heart attack over the next ten years by as much as 30%".

But when the suspicious patient ran the numbers and actually read the associated literature, she wasn't too impressed. In fact, what the actual stats showed was that if there was a potential risk sample pool of 300 patients (say to get a heart attack in 10 yrs.), 2 out of 3 in that sample (the two being non-statin takers) would, but the statin -taking third would probably escape. Think about that!

So, for that minute benefit, one is being asked to take a drug - often in the wrong dose for him or her- that can lead to kidney or liver damage, as well as polyneuropathy, memory loss and joint inflammation requiring more meds to correct! In addition, as Cohen observes in his book, the actual side effects are usually under-documented and underestimated by the drug manufacturers. He refers (p. 86) to the The (Physician's) Prescription Drug Reference (PDR) and points out:

"There is no routine, expeditious method for incorporating (side effects) information into package inserts or the PDR unless it is very serious or lethal. Thus, the lists in package inserts and the PDR are usually incomplete and outdated"

Thus, the potential for liver damage may often be noted in possible side effects for statins, but not that for kidney damage and patients have to go on thrice-weekly dialysis if they take too high a dose for too long. In the meantime, mostly unread doctors push these meds by parroting drug statistics disinfo, while not grasping what the numbers mean.

Of course, one of the worst culprits also in this miasma of misinformation and medical drug pushing is the PhrMa adverts that regularly pepper TV screens, brainwashing stupefied onlookers into demanding assorted drugs from their docs. (The AARP Bulletin, in piece several years ago, estimated that up to one-third of the drug companies' profits go exclusively toward advertising and if it was disallowed drug costs might go down by the same proportion)

Thus, these advertisements - which "are designed to tell a compelling tale" as opposed to documenting medical facts- have become the biggest unchecked source for flawed or spurious stats, especially on the statins. The WSJ piece just cited, for example, referred to how the nursing assistant (after her doc's efforts to get her on statins) made it a point just to scan the TV adverts for statin ads. She was flummoxed to discover that they seemed to be everywhere. Also, in none of those ads, or in the doctors' office itself, was it remotely mentioned that the more immediate risk for heart attack is not high cholesterol per se, but a high C-reactive protein value - which must be ascertained by the test for CRP (which is, of course, much more expensive than the standard blood panels for cholesterol).

Confirming the bombardment of American audiences with medical drug ads, in 2007 the UCLA Medical Center did a study of drug ads broadcast on national networks. They found that the average viewer sees over 1,000 prescription drug ads in the space of a year. As the WSJ article notes: "That's 16 hours all told, more time than the average patient spends with her primary care physician."

Is it any wonder then, as the WSJ article reports, "every $1,000 spent on advertising translates into 24 new prescriptions"

BUT, what fraction of those 24 are really needed, as opposed to being merely wanted because of being seen on the TV ad? Most estimates come to about 3-4 (based on Cohen's data, as in his appendices). In other words, nearly 83% of the prescription drugs being taken based on drug advert exposure are unnecessary. Most patients who request the drugs are merely victims of what we call the "Gruen Transfer", a well-documented phenomenon with the potential to subvert higher brain centers during an advertising exposure. (See Douglass Rushkoff's book, Coercion, which describes this form of brainwashing in detail)

This is also the basis for a critical adjoint health issue: because if a person takes one med, he or she is likely to take others in a "domino drug" effect to ward off side effects, e.g. such as inflammation. One then risks any given drug interacting with the others, or with certain foods. (For example, those taking ED drugs are warned not to take any drugs with nitrite chemicals in them.) The risk for complications from these drug interactions thus exponentiates, the more drugs are taken in concert. Since the average post 60-year old American takes no less than 9 prescriptions (according to an AARP finding in their last AARP Magazine), there is an enormous risk for adverse effects.

And up to now we haven't even mentioned the costs! Truth be told, more than three-fourths of our current medical inflation is due to rising prescription drug costs when most med-taking translates into delivering very little documented benefit for the side effects (see, e.g. Overtreated: Why Too Much Medicine Is Making Us Sicker and Poorer, by Shannon Brownlee, 2007)

In the 1980s there was an anti-drug campaign run by Nancy Reagan entitled 'Just Say No'. It is time now - long past- that Americans reinvigorate that campaign and just say NO! to the Phrma medical drug pushers and the physicians that often unknowingly abet them!
Posted by Copernicus at 8:19 AM