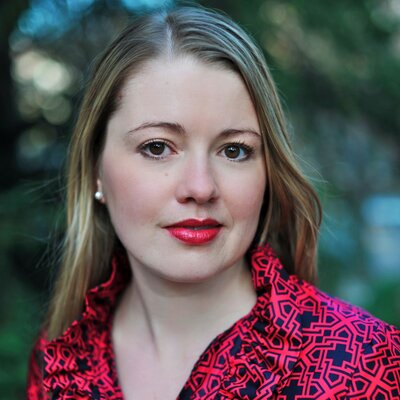 Catholic 'two -percenter' Ashley McGuire - who fancies 'Humane Vitae' her "gateway" to a balanced and moral life, and liberation from "objectification".

The Controversial Text That Saved Me - WSJ

"Two years ago I was baptized and received into the Catholic Church. 'Humanae Vitae' was my gateway. Disillusioned by a culture that habitually objectifies women, I found the document stirring- as did countless other converts - with its call to "safeguard the reverence due to a woman".   Today you can call me a Catholic two percenter - one of those few American Catholic women who have never used contraception."

The preceding is what I'd characterize as the sort of naive take we might expect of a convert, seeing the document for the first time. This, as opposed to studying it in detail like I had to do while attending Loyola University -New Orleans, in Father Alvin Holloway, S.J.'s Ethics class, e.g, 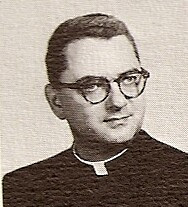 He didn't cite Humanae Vitae at the time, because it wouldn't make its way to daylight until being issued in 1968, and this Ethics class was taken over 1966-67.  But we now know Paul VI issued this document in direct opposition to his own specially appointed Papal Commission on the matter. Author David Yallop, in his book In God's Name, 1984, has portrayed Humanae Vitae in stark terms indeed, as well as its paradoxical consequences (p. 58):

"On a disaster scale for the Roman Catholic Church, it measures higher than the treatment of Galileo in the seventeenth century "

The implicit assumption in Humanae Vitae and Pope John Paul II's subsequent encyclical Veritatis Splendor, is that procreation takes precedence over any other function of sexual intercourse. This is observably true in most other animals (with estrus cycles) but it certainly doesn’t apply to humans who exhibit a diverse array of sexual play. To devalue sexplay for its own end, while extolling procreation-based sex as the be-all and end-all, is to rob humans of their uniqueness as sexual primates. Or, to refer to the words of one Catholic biologist, Elizabeth Dougherty (in Contraception and Holiness, The Lessons of Zoology, p. 110):

"Why do we call secondary the ends of the sexual act which have been accorded in fullness to us, and why do we call primary the end that we share with the lower animals?"

She's referring to the core of  Pope Pius XI's  original encyclical Casti Connubii  i.e.  that the "sin" of artificial contraception inhered in making primary a sexual aspect that in reality is only "secondary". According to that pontiff:

"Since therefore the conjugal act is destined primarily by nature for the begetting of children, those who in exercising it deliberately frustrate its natural power and purpose sin against nature."

Which is irredeemable codswallop. As Daugherty notes in her chapter (op. cit.)  what the pontiff and his ilk really sought to do is reduce humans to the state of lower animals, at the behest of their "natural" reproductive cycles. In this sense, unlike the lower animals, humans have the intellectual capacity and sense of novelty to introduce a vast variety of pleasure-play into their sex relations. They aren't yoked to  primitive instincts to simply mount and hump at specific times. As Daugherty notes (pp. 96- 97):

"After ovulation, all mammalian females are under the influence of progesterone from the corpus luteum. This is a period of rapidly declining estrogenic activity which ends the sexual receptivity of the lower mammalian female, whether or not fertilization occurs.

This then, is what the Catholics'  “rhythm method” (of  Ogino-Kaus)  seeks to do: establish the "safe period" for a particular woman and then ordain that this is the time to safely have sexual relations if one wishes to not have any kids. The trouble is, it requires meticulous temperature taking at various times during a cycle to establish where that safe period begins and ends, and often this will be for no more than 10 days or so in a given month.

It is also a method that Ashley praises (ibid.):

"The teachings on contraception in Humanae Vitae are often described as arcane and antiscience. To the contrary, the science on female fertility is slowly catching up with the document. As Paul VI argues, there are natural ways to preserve a woman's fertility while still respecting her and her family's needs in limiting and spacing births. The Church calls it 'natural family planning'."

She goes on to claim it's enjoying increasing popularity with the "organics crowd" whose "fertility awareness method" is becoming more widely used.  The problem is that it requires meticulous temperature taking during a cycle to establish where that safe period begins and ends, and often this will be for no more than 10 days or so in a given month.  So harried women with five or six kids and in a rush to get to work (and then come home exhausted) will be completing a temperature v. time of the month chart.

One misstep or missed temperature or even a reading off by 1 C will yield a baby who will, according to stats from Population Connection, gobble up roughly 170 hectares of resources in his or her lifetime. So the only thing true is that it's "free" (unless of course, a mom counts time as money!)

Oh yeah, and presumably, the couple is quite happy to do without sex the other two thirds of the time!

In the end, the Vatican, its Bishops and assorted bunkum pushers can claim all they want they have a natural method of family planning, but the reality is it's "natural"   - based on specific fertility periods-  fertility  only to chimps, Capuchin monkeys, rhesus monkeys and similar denizens.

Sadly, neither Ashley 's "two percenters"  or her "organics" crowd appears to appreciate that artificial contraception isn't used merely to prevent births.  Contraceptives are also key in limiting severe health problems - such as miscarriage or stroke - which could ensue if a woman becomes pregnant.  Artificial contraceptives are also used to control the pain associated with endometriosis and preventing that condition from getting worse. But you'd never know any of this reading Ashley's WSJ op-ed.

Nor do her Humane Vitae adherents appreciate that the "natural birth" control method espoused by the RC Church is useless in the face of an ongoing AIDS epidemic, e.g. in Africa, or the spread of Zika as well.  Prevention of these scourges requires the use of condoms, but I am sure Ashley would simply preach "abstinence" to the forlorn millions in Africa and the Caribbean as the superior method to avoid those diseases.  This is given they can't use her cherished rhythm method.  Of course, that "solution" means no sex, period.

Ms. McGuire writes at one point:

And then dispatches this by reference to  "a suite of new fertility apps and laboratory grade ovulation strips" that "make natural family planing more accessible".

Maybe. But none of these 'strips' or apps will control endometriosis like hormonal birth control pills can, nor will they expand the time over the month during which sex is possible - without risking conception. In other words, for all the tech  advances, the women are still bound by time constraints like their monkey or ape cousins.   If hubby gets the urge during a non-safe interval, the only option is to tell him to get a cold shower, or gratify himself. Oh wait, can't do that -as it's also a violation of natural law. (The same one the Church once invoked to proclaim slavery was "natural" as some humans required guidance by more advanced humans, according to Julian Pleasants, op. cit., p. 88).

Then there are all  the millions of Catholic couples unable to have children for whatever reason.  By Ms.. McGuire's thinking they shouldn't be having sex at all, given the biological conditions at work prevent conception - so the act is de facto foreclosed to procreation.   I once brought this up as a hypothetical for Fr. Holloway's consideration and yes, he insisted such a couple would be living in "sin"  even if they didn't use contraception - but knew they were prevented from having children.

Beyond the particulars of such couples, it was the late Sir Arthur C. Clarke who rightly called all the anti-contraception Popes "enemies of humanity" and with good reason! Their persistent commitment to this deformed doctrine and perverse moral value has consigned increasing millions of people in Asia and Africa to destitution and starvation. This is because the underlying ‘natural law’ remains uninformed by current data concerning food production in relation to rising birth rates. Or, other things being equal, poverty is the natural accompaniment of larger families. Rather than adaptation based on updated information, unthinking adherence to an outmoded precept prevails.

Bottom line: No one should really object if middle class, married (or single) white women wish to embark on Ashley McGuire's "natural" method of  birth control. But no sane global citizen should have the sheer chutzpah to endorse it for all the populations, demographics of the world.  That is lunacy.