Anti-Abortionists "Want To Show Women Another Way"? How About Paying For Child Care? 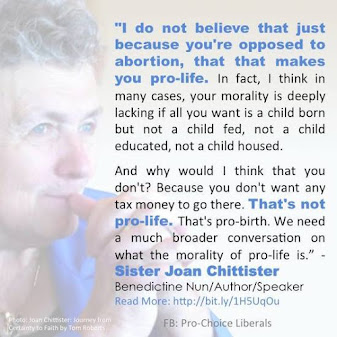 The  Pro-life pushers appearing often on FOX and  Newsmax, are fond of saying they only want to show abortion-inclined women "another way".  I.e. saving their fetus and caring for it.  Do they mean it?  Of course not since after birth the would -be mom is basically on her own. No government covered child care, not even paid parental leave to help the mom through the initial weeks after birth. It's all a lot of posturing and blather.

This is noted because the ongoing 'Sturm and drang' of the anti-abortion movement - whose recent ejection of Roe v. Wade in Texas has left Lone Star women with few options -  now threatens Virginia too.  This is if Trump clone Glenn Youngkin is somehow elected next Tuesday.  It would be laughable to impose these draconian anti- abortion measures on another state if it wasn't so hypocritical.  To quote the words of Sister Joan Chittister, Benedictine nun and author of 'Just Love':

"I do not believe that just because you're opposed to abortion that makes you pro-life. In fact, in many cases your morality is deeply lacking if all you want is a child born and not a child fed, not a child educated, not a child housed."

This is because the anti-abortionists' concept of being pro-life doesn't include any  extended provisions to support it. Hence, in a strictly logical sense it isn't "pro life" at all but pro destitution, pro malnutrition, pro death.  This is because if one is truly pro life one must have go all in for its support - certainly in the early stages- you can't just stop at the birth.   That was Sr. Chittister's point.

What do I mean by early life support?  There are two critical props: 1) Paid maternal leave, hopefully at least for 12 weeks to support mother-child bonding,  and 2) Full government supported day care as exists in other advanced nations to support a mother's choice to go back to work.  Right now the Right's media legions are carping about over 4 million Americans still not returning to work, not processing that nearly one half are women who can't afford to because they can't afford child care costs - which can run close to a year's tuition at a private college.

Two thirds of American pre -K children have both parents in the workforce, meaning care outside the home is essential.

Eighty-five percent of these parents say that finding quality affordable child care in their areas is a problem somewhere between serious and impossible.

Nationwide the annual cost for a 4 year old child's day care averages about $13,000 in 28 states and D.C.   An infant's care center costs more than an 18 year old's public college tuition.

What are the right to lifers doing about any of these and the last one especially?  Well, nothing, because they aren't truly interested in being truly pro life because it costs too much to support that position, and they hate the government getting involved because that would be "socialism".   But they can't have it both ways. If they disdain socialized care - or what I call government social insurance support- then they aren't truly pro life, but hypocrites.  Because it's easier to just blabber about defending a fetus in the womb than defending and summoning the will to support the eventual born child's care  - including pre -K and even health measures beyond. Why is an extended social insurance support system needed?

For children under 3, only the poorest working families qualify for subsidies, through Early Head Start or the child care block grant, but fewer than 1 in 6 eligible children receive the help. For most families, the only direct government support for early care and education comes from the child and dependent care tax credit. It benefits higher earners most: The average credit is $586, and $124 for the lowest earners.

The situation is much different in many rich countries. In Europe, new parents have paid leaves of 14 months, on average, and it is common for children to start public school at age 3. (In the preschool years, the focus is on play — toddlers aren’t sitting at desks doing work sheets.) For children ages 1 and 2, parents are expected to pay more for child care, but governments still pay a significant portion of the cost of care — including payments for stay-at-home parents in countries including Finland, South Korea and Denmark.

Studies in the United States have also found that subsidized child care and preschool increase the chance that mothers keep working, particularly low income women. Research shows that children in the U.S. are less likely to have formal child care if their parents are low earners, Universal programs have been shown to shrink the gap in kindergarten readiness. Yet in the United States, 1 in 3 American children start kindergarten without any preschool at all.

Let’s be clear: Every rich country other than the United States already provides childcare, pre-K, child assistance, paid family leave, subsidized college, decent housing, and health coverage extending to vision and hearing. Every other rich country is taking measures to reduce climate change. We are the richest of the rich. Of course America can afford these, and it doesn't entail socialism in an strict sense,  or building an "entitlement society" as the obstructionist Dem senator Manchin claims.

All of this could change on a dime, the entire milieu for support, if the energized and active pro-lifers on the Right got themselves equally energized in protecting life after birth.   But right now, as Sister Joan Chittister notes, their concern that doesn't go that far.  Which means we have to question the motives behind any of their pro-life concerns and positions, i.e. as anything more than culture war posturing. 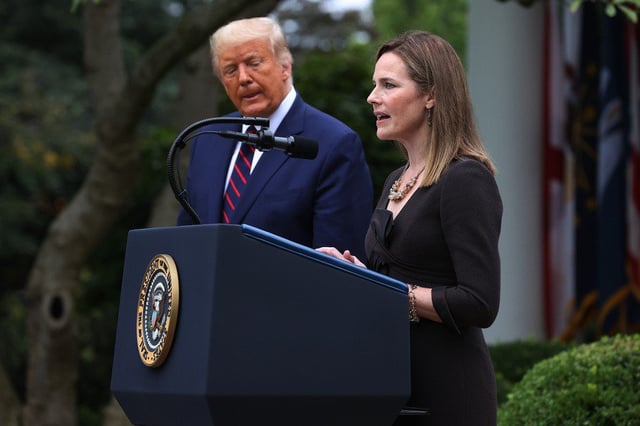