Humanist Materialist Arguments Against Christianity Were "Weakened" Over The Past Century? Not So! 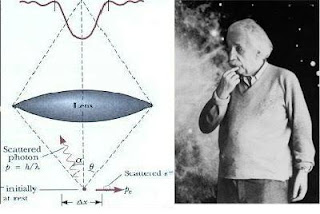 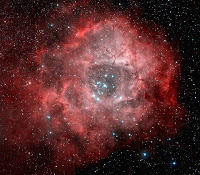 In a recent WSJ review ('Fearful, Faithless', March 1, p. C7) the claim has been made that "the humanist-materialist argument against Christianity has arguably weakened over the past century" and also:

"Atheism is surely produced by a lifeless and unreasoned conformity."

These absurd extrapolations are formed by Jeffrey Collins (a professor of history at Queen's University in Kingston, Ontario) in the course of his review of  'Unbelievers: An Emotional History Of Doubt"  by Alec Ryrie.

These are also totally anticipated objections we've earlier seen creep into other forums  - like Physics Today (a general journal for physicists) - often  as lazy shots taken at unbelief and atheism.  For example by the likes of  Tom McLeish, in his specious arguments that science and religion are compatible.  See my arguments against McLeish in this 2018 post :

As well as my original letter published in Physics Today, with an excerpt below:


Readers' thoughts on science and religion: Physics Today: Vol 71, No 6


"As I see it, the most fundamental split—an irreparable one—between science and religion is that religion embraces a supernatural order and genuine science, as opposed to pseudoscience, does not.


From a scientific and objective standpoint, there is simply no way that any purportedly supernatural entity or order can be demonstrated or proven. No scientific methodologies for such exist, nor any credible instruments or measuring techniques. The rejoinder that those things can't be measured merely reinforces the argument that they are no more fit for scientific inquiry than the astrologer’s claim of “malefic” influences of Mars at an infant’s birth.


Because a supernatural domain cannot be approached in any scientific or objective way, then by my reckoning it doesn't exist. One need not even deny its existence because to all intents the supernatural entity becomes logically unnecessary or redundant. It doesn't help us make scientific predictions or explain natural phenomena—say, coronal mass ejections or auroral substorms"
At its core, this is what the entire argument boils down to: the  unthinking invocation of unproven supernatural entities to support religious beliefs, and the invocation of ultimate purpose where none is warranted.   As for the claim of  atheism as produced by a "lifeless and unreasoned conformity" that is choice given how religions uniformly adopt supernaturalism as the de facto default position with no hint of insight, or an iota of critical thought.

Let me again underscore here for the record, that the preceding applies to any religion that enlists supernatural agents to support its basis. It was not intended to be a blanket statement that modern science could find no commonality with any religion. For example, according to the Mahayana tradition of Buddhism there exist a multitude of universes and none of these harbors supernatural agents such as demons, or "Satan".  Many of them, however, may well harbor other intelligent life forms.  This view in its most rudimentary form comports with the multiverse speculations of modern physics.

Collins also makes a big deal out of:  "virtually all of the pioneering natural scientists of the era being devoutly religious" . But why wouldn't they be?  This was four hundred years (roughly) before the advent of the quantum theory, at least Max Planck's rudimentary formulation of it.  It was, frankly, the development of the quantum theory -specifically the dualistic wave- matter aspect -  that overthrew nearly all religious presumptions, and doctrines..  The new theory, powerfully confirmed, inveighed against every aspect of Christian mythology, from introducing acausal determinism,e g.

A Look At Quantum Acausal Determinism - Its Roots...

To impacting the nature of 'free will',  e.g.

And undermining hundreds of other facets of religiously defined culture and beliefs, most of which could not withstand the onslaught of the new physics.This isn't even taking into account the most recent findings of astrophysics concerning the clear lack of order in the material universe.In cosmological terms, the whole concept of “order” has been relegated to a minor and tiny niche of the extant cosmos. For example, the balloon-borne Boomerang and MAXIMA UV measurements to do with Type I a supernovae, have disclosed a cosmic content:

93% - dark component, of which:
- 70% is DARK (vacuum) energy and
- 23% is dark matter
In effect, 93% of the universe can’t even be assessed for “order” since it can’t be seen. In the case of dark matter, one can only discern its presence indirectly by the visible effects on neighboring matter. In the case of dark energy, the underlying physical basis isn’t even known – though we know the result is an increase in the acceleration of the universe (arising from a cosmic repulsion attributed to dark energy).
This is all critical, since in the past apologists of teleologism (the belief that purpose and design are part of nature) have cited a perceived “orderliness” as a revelation for the “handiwork” of an intelligent Mind, or Creator. Alas, this falls through the cracks if most of the universe is disorderly, or dark-energy-matter. Indeed, by current assessment – and discounting plasma abundance, one may reckon that even rudimentary order is evident in barely 0.00001% of the cosmos.  This is why string theorist and author Brian Greens - e.g. in his new book, 'Until The End Of Time' (see WSJ review, Feb. 15-16, p. C9) concludes that "we have no choice but to accept there is no grand design"  and "the only direction to look is inward", i.e. to forge our own purpose.
Does this imply that the concept of “God” is outright useless, null and void? Not at all. It merely requires that we re-think the concept so that it is consistent with the absence of higher or extraneous purpose. As Bernard d’Espagnat notes [1]:


“The archaic notion that is conveyed by the words ‘Lord’ and ‘Almighty’ will presumably never recover its full efficiency for lulling the ontological qualms of mankind. For a religious mind, turning towards being should therefore become a subtler endeavor than the mere acceptance of the heavenly will stated in the Bible, formulated by the priests, and exhibited by miracles.”

The fact Collins could write such claptrap as the following:

Discloses he understands none of this. Especially when he also adds (ibid.):

But that era is long gone, and no rational or modern atheists I know - mainly physicists, chemists- have any such  emotional axes to grind.   They simply see, as physicist Bernard d'Espagnat observes, that the antiquated (and naive) "Daddy in the sky"  concept of that era is now passe, and indeed, it hasn't changed much since then. Hence, atheism doesn't claim to prove God's nonexistence, only point out that the concept is superfluous to the advance of empirical science,  which like it or not is inherently materialistic.What we atheists actually say is that the whole idea of an  exterior infinite deity is redundant – logically unnecessary – because it doesn’t help us to model any physical systems or make verifiable, empirical predictions.  There is no "passion" or "anger" or even "denial" involved.    These are all 'macguffins' inserted by the religionists like McLeish and Collins.

We can also - again dispassionately-   point to the work tying belief in the existence of such an external deity to the brain: e.g. -  ''Why God Won't Go Away: Brain Science and the Biology of Belief' .  Therein the authors (Andrew Newberg and Eugene D’Aquili) trace this God concept directly to an area of the brain- the OAA or orientation association area.   More to the point here, is that such a brain is singly directed to craft its own version of rationality to support its ideations. (Ceaselessly reinforced by the particular religion to which it belongs.)  Hence, we simply cannot trust the rational expressions of believers (like Prof. Collins), or those like McLeish, who defend a religious accommodation by science. Their brains are likely hijacked in the service of the OAA to promote supernaturalist nonsense, and also efforts to interject it into modern science..

A radically different take is offered by physicist Brian Greene (also an atheist) who points out that our human aspirations are intertwined with human culture- from artistic expression to scientific discovery.  These are in turn driven by a painful awareness of our finite lifespan. This cognizance of a finite lifespan, according to Greene,  is what propels us to search for the "eternal" and to try and understand "why we are here at all."

The failure to appreciate this perspective - as well as the tendency to see all atheists as raging provocateurs and "barbarians at the gate" of Christendom, e.g.

Resides in a failure of flexibility of thought, as well as absence of critical thought, such as in Prof. Collins' review..  It would have been better for him to read Dr. Anthony Kronman's superb book ('Education's End - Why Our Colleges and Universities Have Given Up On The Meaning Of Life') on the essential relationship of secular humanism to education first. Therein we see "Secular humanism thereby enters (positively)  as a philosophical template or infrastructure whereby "students and teachers pursue the perennial puzzle of human existence through the disciplined study  of an interrelated series of works in which how a person ought to spend his or her life provides a connecting theme and organizing focus of inquiry."

In an analogous fashion the physical scientist pursues the perennial puzzle of human existence but via research into the nature of the cosmos - using fundamental physical principles.  Also research, including in cosmology, astrophysics, astrochemistry, plasma physics etc. which comprise an interrelated series of works. By such processes most scientists - again leaving out emotions - come to see the universe for what it is: an impersonal assembly of energy and matter for which  any ultimate design or purpose is immaterial.

In the same light, we are the least likely of humans to interpret the SARS- COV-2 virus as any kind of "divine retribution" unleashed on a sinful humanity to force it onto the straight and narrow.  Rather we see the virus, and the resulting COVID--19 pandemic it's spawned,  as another facet of evolution. An unfolding,  impersonal process which is always delivering novel mutations and challenges irrespective of the form of life:  virus, bacteria, ape or human.  Our error, mainly in our religions, is seeing the human as a "fallen angel" as opposed to risen ape.

Has the Universe a purpose?