Unlike the U.S. of A, which basically is saddled with a mock government - incapable of finding its ass with both hands- Barbados (the island state where I lived for over 20 years) is not "making sport" in dealing with the COVID-19 pandemic.  This was after the cases first jumped to past 25 ten days ago, prompting a public health emergency declaration from Prime Minister Mia Mottley. And then enforcing tighter restrictions after the positive cases jumped to 46 today.   Those numbers may seem minuscule to most Americans, but for a tiny island nation of 166 square miles, with 280, 000 citizens - and hospitals only able to hold a hundred - it is deadly serious.

Hence, unlike here where leaders can bloviate, lie and delude too many gullible people - only  half paying attention - in Barbados everyone listens up when the P.M. speaks, or the Deputy P.M. Santia Bradshaw earlier today:  E.g.

According to The Barbados Nation:


"A 24-hour curfew will come into effect for Barbados tomorrow as Government continues to fight against the spread of the coronavirus (COVID-19).


The decision to increase restrictions on Barbadians less than 24 hours after Government had imposed new hours of business and restricted movement was delivered moments ago by acting Prime Minister, Santia Bradshaw.
From 5 p.m. tomorrow, persons will now only be allowed on the street for legitimate business, inclusive of the purchase of food from village shops, or medication from pharmacies, Bradshaw said.
In a press conference from Government Headquarters at Bay Street, St Michael, Attorney General Dale Marshall also made it clear that police would be taking a no-nonsense approach to keeping law and order and would be rounding up any persons found on the street without a legitimate reason, or who break the curfew.
The penalty for infraction is a $50,000 fine, one year in jail, or both.   All supermarkets will be closed and other options will have to be found to secure food, including enlisting a delivery service from select super marts, grocers.  (Orders to be placed by email as most islanders don't have apps, and neither do the stores) The alternative is for citizens to obtain provisions at the nearest bread shops in their villages.    These orders were made necessary because too many Bajans had "continued to exhibit panic buying" - with supermarkets and gas stations "struggling to maintain control".
Rather than let lawlessness prevail, the government clamped down.
Meanwhile, here in Colorado, Gov. Jared Polis is going directly to the Chinese to secure "thousands of (N95) masks, surgical gowns, protective face helmets and hundreds of ventilators".  This after Gov. Polis conceded the Trump government is too lame to be depended upon for even minor bupkiss. (Denver Post today, p. 1A)
See also:

Donald Trump
This Humiliating Failure Is Actually Our President During a National Crisis
by Heather Digby Parton | April 2, 2020 - 7:37am | permalink 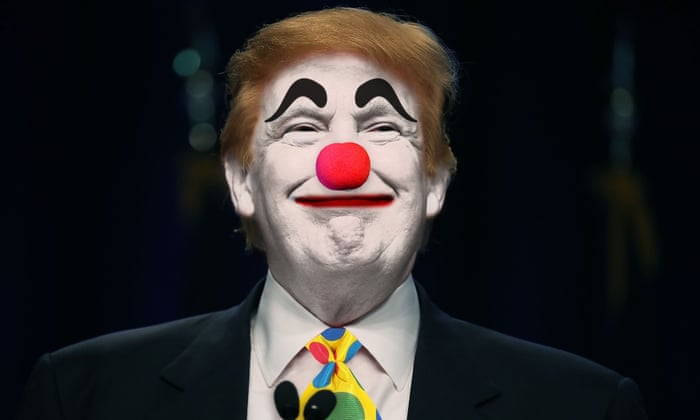 "There have been a number of great articles written in recent days about the "lost month" of February when Trump consistently downplayed the crisis even when people who understood the clear and present danger were running around the government with their hair on fire. The failure to get testing up and running in the early days will be remembered as a deadly blunder. His recent lurch from a promise to end all public health mitigation strategies by Easter and relaunch the economy to predicting the deaths of 100,000 to 200,000 people has been dizzying."

And:
The Trump Administration | Coronavirus


While Trump Plays President, New York's Doctors and Nurses Are Forced to Decide Who Lives, Who Dies

Posted by Copernicus at 1:16 PM