Other Voices Weigh In On The Democratic Debates 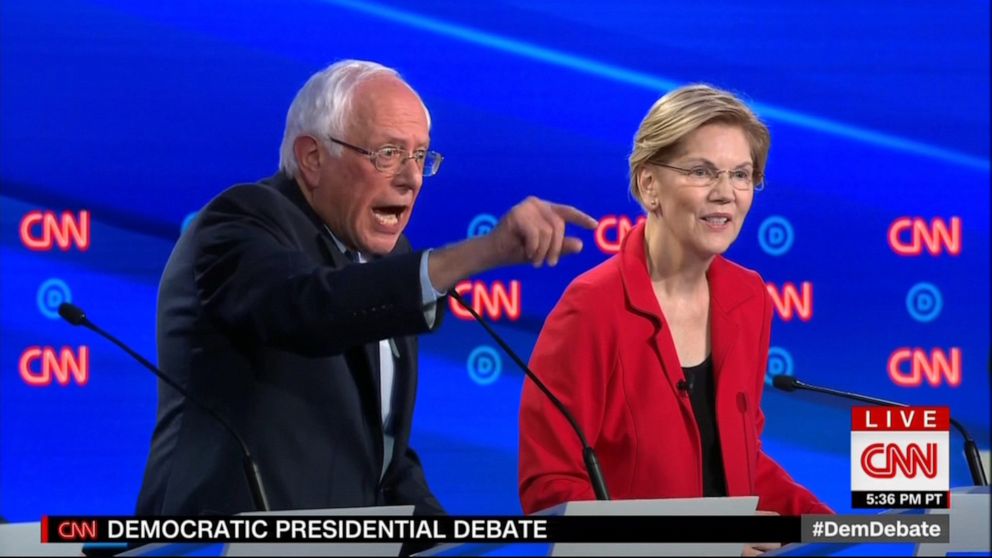 Scenes from the first (left) and second nights of the Democratic debates.

Once again, the Dem debates - with so many contending voices - and so little time (on that account) to properly address questions-  ended up more helter skelter than focused.  Tuesday night, it turned out, became a battle of the 'moderates' vs. liberals, with a few solid points scored by both sides, but we didn't stay around long enough to be able to expatiate on any particular aspects. We ended out CNN viewing barely an hour into the fracas.

Same on night two, with many of the same complaints, too many debaters,  not enough time for each candidate to deal with the questions.  Because of the number of debaters you also had the desperation factor inducing a number of 'cage matches' - such as Biden vs, Kamala Harris, and Tulsi Gabbard vs, Harris, as well as Booker vs. Biden.   Let's be clear none of these mutual sniper shots redounds to the Dems' benefit,  so the sooner the field is narrowed the better. Fortunately that will occur with the September debate with the much higher threshold for entry: 130,000 different donors, and at least a 2 percent poll rating and in four different polls. That will automatically nullify 13 of the current contenders so we can expect more  time for thoughtful answers, fewer spontaneous cage matehes and also less biased questions.

That there was too much framing, also, by the moderators of both MSNBC and CNN was evident. And one hopes they get their act together by the September debate.   They were, however, right to press the candidates on whether taxes will be raised on the middle class. This is given we already know Bernie  Sanders has conceded $32 trillion will be needed to implement his 'Medicare for All' plan and he has admitted middle class taxes would have to be increased, The bill can't be paid only by the billionaires.   The fact that none of the candidates - save Michael Bennett- was honest about financing (raising middle class taxes)  doesn't bode well for any  Dem in debates vs. Trump.  As MSNBC commentator Ezra Klein put it in the post-debate analysis, they all need to be "more honest about financing."

Anyway, here are the takes of other voices:

Biden Did Fine. That Might Have Been Enough
https://www.nytimes.com/2019/07/31/us/politics/debate-joe-biden.html?action=click&module=Top%20Stories&pgtype=Homepage


Winners and Losers of the Democratic Debate, Night 2


Debating Democrats, Please, No Fighting in the War Room

"My teeth grind when I see a flurry of post-debate articles headlined, “Winners and Losers.” They reduce this most important presidential campaign of our lives to a game where a single swing or a miss matters more than the heinous presidency we’re enduring or any of the issues vital to all of us terrified about the future for our families and ourselves.

I’m also annoyed by the debate format perpetrated by cable news networks more interested in creating conflict and melodrama than a legitimate discussion. The feigned gladiatorial confrontations CNN hyped in its promotion and then attempted to foment during the actual event serve no one."
Posted by Copernicus at 7:22 AM