Can Americans Really Be Persuaded To "Voluntarily" Distance To Avert A COVID-19 Catastrophe?

"It does seem counterintuitive that Trump stands a chance of spinning his epic fuck-up into a victory. It's not going to be easy, especially when there are scenes on the news of nurses weeping behind their face-shields, crying out for more masks, more ventilators, more everything. We will be witness to outright chaos on the hospital wards, and someone will get a camera into a room where an expiring coronavirus victim is gasping for air. (Here is a scene from an overwhelmed hospital in Bergamo, Italy, on Sky News.) Trump won't be able to spin scenes of death and dying out of existence, no matter how many toadying fools he's got standing behind him in the White House press room." - Lucian Truscott IV,  'Trump's Performance With His Task Force Is An Act'.


On watching the scenes over the ABC News last night-  of people clustering out in the open - in the Covid-19 hard hit states of New York, California and Florida, I mentioned to Janice that people aren't taking the social distancing seriously.  She merely replied: "Hate to say I told you so, but there it is. As I said before, most of your countrymen are a pack of idiots, selfish, gullible,  arrogant and stupid."

We then noted the appearance of NY Governor Andrew Cuomo who asserted he is prepared to crack down, but it remains to be seen whether cop "suggestions" to scofflaws will be enough. I believe rather what New Orleans' mayor has in mind might more plausibly make them snap to attention: A $500 fine for first offense, and later possible jail time.  Somehow, if force is needed, it may have to be employed to get these dopes to grasp the situation we're in, and that it's not just a big staycation.  Janice agreed, saying: "Some stronger Chinese methods might also be called for to wake them up!"

"takes intelligent, rapidly adaptive work by health officials, and near-total cooperation from the populace. Containment becomes realistic only when Americans realize that working together is the only way to protect themselves and their loved ones."

But this is at odds with the degree of social hobnobbing visible in the news spots. It as if these fellow citizens have zero sense of civic responsibility. They place more priority in their flouting of social distancing and gratuitous aggregating than stopping the virus. Are they then ready for the body bags to pile up and possibly including their own kin? Probably not, because that impact - such as we are now seeing in Italy- appears too distant and unreal to them.  They will actually have to see the catastrophe unfold in their own communities to "get it."  It is as if their prefrontal cortex  has ceased to function, which is understandable in the Trump era where almost every day we behold numerous assaults on that brain area. Hell, even Anthony Fauci  must be at the edge having to deal with Trump's incessant false hope blurtations and exaggerations, e.g.


"In interviews with a dozen of the world’s leading experts on fighting epidemics, there was wide agreement on the steps that must be taken immediately.

Americans must be persuaded to stay home, they said, and a system put in place to isolate the infected and care for them outside the home."

The question, however, is whether mere reason and persuasion can work given we inhabit a nation loaded with entitled people who have little sense of common cause and generally see individual liberty as their personal right.  Even in a deadly pandemic which has every capability of wiping them out if they put that personal liberty before cooperative action.  McNeil again:

"It was not at all clear that a nation so fundamentally committed to individual liberty and distrustful of government could learn to adapt to many of these measures, especially those that smack of state compulsion.

“The American way is to look for better outcomes through a voluntary system,” said Dr. Luciana Borio, who was director of medical and biodefense preparedness for the National Security Council before it was disbanded in 2018."

That may be,  but clearly it isn't enough as the example of Italy shows, now with so many dead bodies in assorted villages there is no longer enough burial space and they have to be cremated. Is this really what Americans want?  Are they that determined to flout state shutter- in -place and lockdown orders to try to show who is the boss? Then I hope they are ready to get COVID-19  and perhaps - when no ventilators are there to keep them breathing-  they will see the error of their ways. Of course by then it will be too late.

It is, of course, no surprise we are following the infection trajectory of Italy almost to a tee, for the extent of time covered thus far. McNeil notes for example:

"Italy moved incrementally: Officials slowly and reluctantly closed restaurants, churches and museums, and banned weddings and funerals. Nonetheless, the country’s death count continues to rise. The United States is slowly following suit. International flights are all but banned, but not domestic ones. California has ordered all residents to stay at home; New York was to shutter all nonessential businesses on Sunday evening.

But other states have fewer restrictions, and in Florida, for days spring break revelers ignored government requests to clear the beaches."

So given we are lackadaisical in approach like Italy, we should not be amazed if we soon see similar apocalyptic scenes playing out here.  Meanwhile, many pundits still point with amazement to China managing to bring virus deaths to a screeching halt (no cases reported in the last 4 days), all but forgetting the draconian methods needed to do it, i.e. (ibid.):

"In contrast to the halting steps taken here, China shut down Wuhan — the epicenter of the nation’s outbreak — and restricted movement in much of the country on Jan. 23, when the country had a mere 500 cases and 17 deaths. Its rapid action had an important effect: With the virus mostly isolated in one province, the rest of China was able to save Wuhan."

Could that degree of restriction be applied here, say to prevent our medical system from being overwhelmed and maybe 800,000 dead in the next two months from lack of ventilators? I doubt it.  If the governors of New York, New Jersey and Pennsylvania totally locked down their 3 states in tandem there'd probably be rioting in the streets.

"How dare they take away our personal liberty and our right to kill ourselves if we want!"

Forgetting they're killing many others with them, all expected to sacrifice the minority's personal liberty for the lives of the majority.  All forgetting Spock's famous words at the end of the classic Trek film Star Trek II:

More collectively organized societies get that, and it's time ours did too especially when we are in a similar war mode - in terms of mobilizing critical  resources, especially medical equipment.  In this regard I am always reminded of my folks' sacrifices during World War II.  Did they pout and cry because they had to adhere to gas and food rationing and state rules?  Of course not,  because they put on their 'big boy' pants and  understood they were all in that great moment together, to subdue a common foe.  We can do less now. Less thought of "me", much more of  "WE".

Update: Confirming once again he's out of his depth and indeed, a national security threat, Trump has insisted "the cure cannot be worse than the disease" and that he is considering removing current restrictions "at the end of the 15 days".   The blowhard, bombastic maggot and walking human feces does not grasp that "15 days" was an optimum case projection - assuming Trump and his cronies didn't fuck up any critical aspect, like getting sufficient tests out. But as we know they've fucked up multiple aspects, from failing to get out enough test kits, to waiting too long to declare a pandemic (calling it a "hoax" for the first 2 weeks),  to not delivering enough medical supplies where needed. In the latter case, forcing medical workers to compete for N95 masks and ventilators etc.

And so he and his asswipe administration have led us to a clusterfuck: health workers now crying and begging for protective personal equipment, and imploring we the citizens to  "stay in while we fight for you."  Now the orange fungus, fretting over his precious economy,  would simply torpedo that and allow our millions of medical heroes to die as well as millions more Americans to become infected by leaving their shuttered homes to prematurely return to jobs that may afford no protection - and zero sick days off. So once more this swine has proven he isn't fit to collect dog poop in parks, far less run a nation. As Maureen Dowd put it in her recent NY Times piece:

Also, given his latest performances, we now know he is indeed the "same psychotic monster" we had always believed, e.g.

Trump’s Performance with His “Task Force” Is an Act. He Isn’t Presidential. He’s the Same Psychotic Monster as Always.


How the coronavirus outbreak is like a nuclear attack: An interview with Jeffrey Lewis


As coronavirus spreads, so do doubts about America’s ability to meet the moment

"We are at a fork in the road and the choices we make now are going to put us down at least one of two pathways,” said Schoch-Spana, who has studied the response to the 1918 flu outbreak, which killed at least 50 million people globally.

We need to pull it together, like, right now." 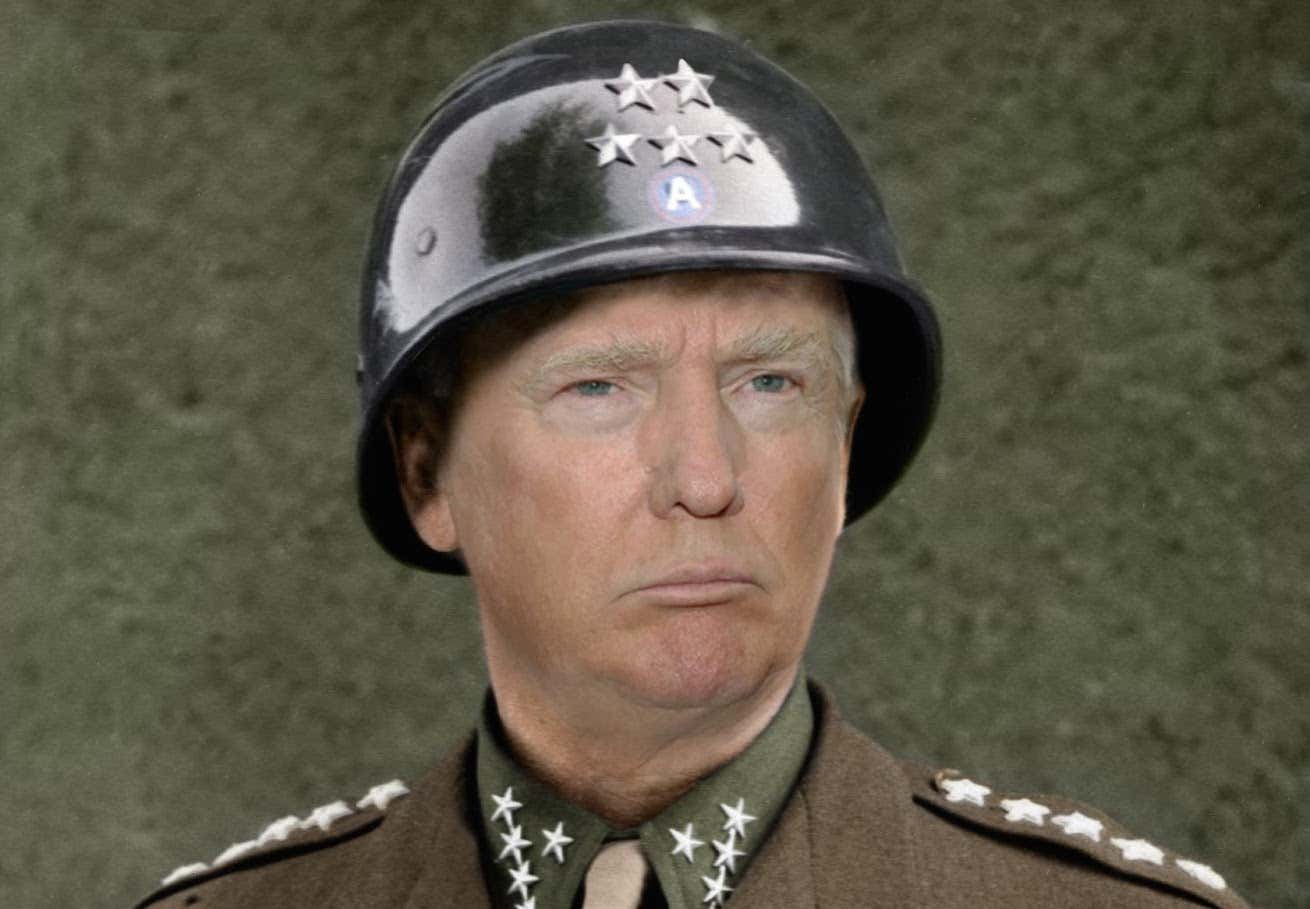