Corporate Media Pushes Socialism Bogey To Scare Voters - But Will They Be Smart Enough Not To Bite?

The asinine brainwashing of the American masses has occurred in many forms, but no where as consistently and insanely as the campaign against socialism (as embodied, for example,  in the cartoon above which appeared in Monday's Denver Post).  With the midterm elections now merely 62 days away, the bogey meme of mad, liberty destroying socialists is again being circulated.  Never mind real U.S. Socialists are among the sanest and most rational of D-candidates, such as Alexandra Ocasio-Cortez, e.g.

In a recent NY Times op-ed piece, columnist Paul Krugman queried how it is the corporatists and conservos repeatedly manage to game the American voter on the issues of Medicare for all, Social Security and other socialist programs. He wrote:

"Why do they imagine they can get away with such brazen fraud, because that’s what it is? Do they imagine that voters are stupid?  Well, yes. In recent rallies Donald Trump has been declaring that Democrats want to “raid Medicare to pay for socialism.”

But the more important target is the news media, many members of which still haven’t learned to cope with the pervasive bad faith of modern conservatism."

I don't necessarily accept that the conservatives assume that voters are stupid, and neither do the corporate media. What I do believe is that they exploit the vast ignorance of most Americans regarding different economic systems, especially socialism.   A huge part of this ignorance relies on the typical American's inability to discriminate between the different forms of socialism.

For example, democratic socialism applies to limited control of the means of production, and services and is specific to democratic states. By contrast, neither Marxist Socialism or National Socialism were peculiar to democratic states. Indeed, in the latter, Reich Laws replaced the democracy and democratic legal infrastructure of the Weimar Republic, so in many ways the term - confected by Hitler and the Nazis - is really a cynical  distortion of true socialism.

In the case of Marxist socialism or Marxism (as manifested in the old USSR) one beheld  total state control of ALL goods and services. This was to the extent nearly all jobs were created by the state, wages set by the state and pseudo-markets created where there were no genuine needs to fulfill and others (especially for growing food) left under-developed. In addition, no such entities as stock markets or commodities exchanges existed.

In other words, there was scant choice or latitude to act outside the limited purview dictated by state control. THIS is what today's hysterical socialism critics (like the WaPo cartoonist Lisa Benson) are really about, i.e. showing a clueless voter about to insert his 'Bill of Rights'  ballot  into the  slot designated "insert freedom here".  Then asking himself,  "What could go wrong?"

Well, a lot if he was voting on behalf of old -style Soviet socialism!  But that's not what we're about!  We're about democratic socialism which even Oprah had to be educated about not too long ago,  when even she raised misbegotten fear of socialism and the welfare state.e.g.

As Oprah rumbled on  about "socialism" with a fearful expression, a Danish citizen on Skype quickly informs her: "We think of it as being civilized. As taking care of each other...the elderly, the sick."   The Danish woman had clearly exposed Oprah's brainwashing - and Oprah is not a dumb American.

Want to see a "welfare state?"  Look at the billions now being given to soy, dairy, hog, sorghum, corn, cotton and other farmers to compensate them for the losses sustained via Trump's tariffs!

My first exposure to democratic socialism in fact came about while living in Milwaukee in the 1950s. At that time, Frank P. Zeidler was the city's  last Socialist Mayor, 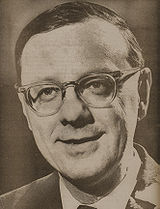 I  thank my mother for educating me on the contributions of Mayor Zeidler - who was a member of the Socialist Party of America. On assorted streetcar trips in the early 1950s (back from her night school - teaching English to the foreign-born)  she'd point out special landmarks and places in Beer City and inform me how these were there thanks to the efforts of Milwaukee's Mayor.

Before Mayor Zeidler, Emil Seidl became Milwaukee's first Socialist Mayor in 1910, followed by Daniel Hogan who lasted from 1916-1940 keeping the city out of debt during the Great Depression. Zeidler,  in his mayoral election campaign, noted the problem of ethnic division in other parts of the country and how this was exploited – especially by wealthy Republicans- to keep working class people divided. Zeidler vowed, if elected, he’d ameliorate these divisions and ensure all Milwaukeean Working class folks benefited – whether Croatian, German, Polish or whatever. Zeidler ended up winning three terms, enduring from 1948 until 1960 and turning Milwaukee into a prosperous post-war city.

Jobs proliferated, especially in major manufacturing (Allis –Chalmers etc.) while the Breweries hired thousands with excellent pay and benefits, including health care. Housing abounded as well, affordable housing off of Greenfield Ave. and Teutonia and in other suburbs to the north and west. Parks, meanwhile, were the envy of many other cities for their beautiful layouts, amenities and services. I can still recall going to Washington Park (across the street from where my family lived on W. 48th and Cherry Streets) on the 4th of July for band performances and later fireworks.

So my appreciation for a respectable, beneficial socialism commenced at a very early age, and was reinforced by further study of many different socio-economic systems as part of a wide-ranging liberal arts education..Unlike today's  "steeples" of specialization which turn academics into isolated practitioners of their craft - unable to communicate across disciplines -  Loyola's liberal arts emphasis lent itself to the formation of latter day "Renaissance men" - and women. True critical thinkers who would definitely be an asset in much of today's media.

But instead, more often than not,  when conservos take egregious shots at socialism, for example, the corporate media almost always parrot what's circulated from Right think tanks. Whether the press or electronic media, there is too much of a rush to fall in line in "monkey see, monkey do"  fashion.  They fail to question the conservative tropes and memes circulated and all citizens suffer as a result - especially in perpetuating citizen ignorance.

What we desperately need is more eye opening "Eureka!" moments such as encountered by Oprah visibly  and markedly seen in the previous link.

At the same time there may well be cause for some hope. In a recent FOX News poll, it was found that 46 percent favored a Medicare for All health care system, far in excess of the 31 percent who didn't. That is a clear majority who favor the most socialist of all medical program options, and one being articulated by a number of Dem candidates, including Ms. Ocasio-Cortez.

Now, if we can just get more of the mainstream media to be supportive, or at least less prone to scribbling codswallop like a recent WaPo  Neoliberal editorial entitled  “The cosmically huge ‘if’ of Medicare for all." .

At least in this (WaPo) case, a serious fact check  (and debunking) was made thanks to Matt Bruenig’s  Jacobin journal article here. But one wonders how many of those who read the editorial also read the takedown of its lies, distortions in Jacobin or ancillary sources.  What we need is to get to a place of citizen education where critical thinking enables them to pierce the veil of misinformation on mere reading and parsing of the claims made.

As can be seen from the circulation of the socialism cartoon that day may well be a long time off.
Posted by Copernicus at 8:02 AM