"Trump Derangement Syndrome"? The Right Should Be Terrified 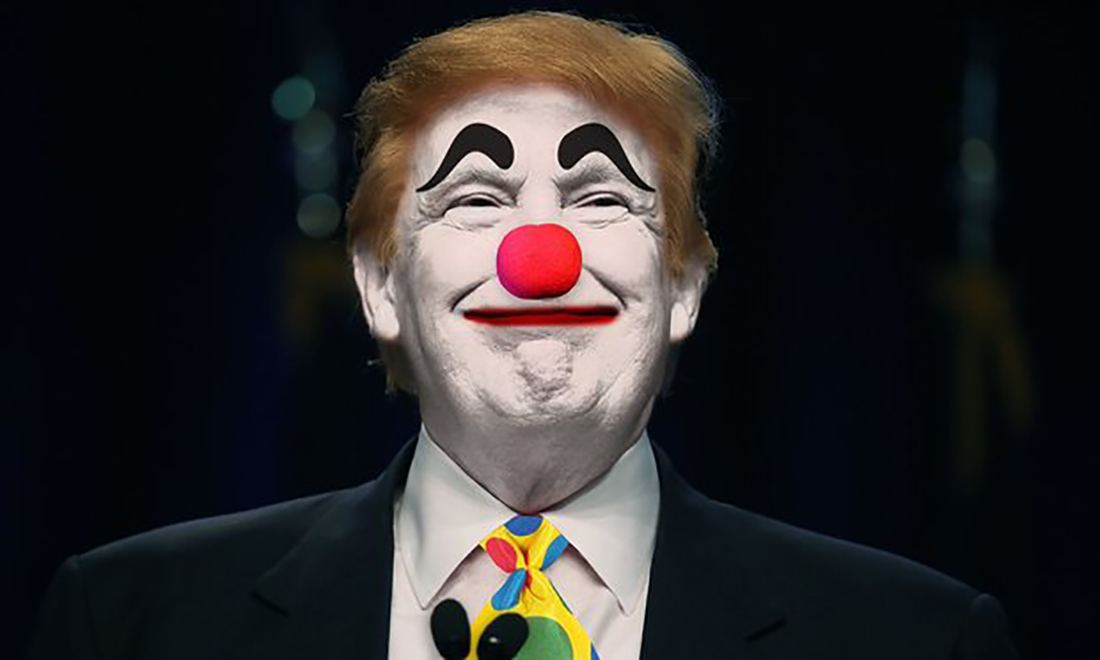 One of the supposed  trigger images for "Trump Derangement Syndrome".

One of the tropes circulating amongst the Trumpkins is that the Left is hysterical and over-reacting to the former's beloved, brain dead buffoon - manifesting in TDS or "Trump Derangement Syndrome".  In the fantasies of these Right wing knuckle draggers, most of the Left is either seeking therapy or crouched into fetal positions on cots in their basements, crying at every Trump news flash as they reach for their Zoloft.

The Right should be so lucky, even as we learned last night Dotard was intent on firing Special Prosecutor Robert Mueller last June, but held back when his lawyer (Don McGahn) threatened to quit.

In fact, the Left has been massively organizing by the millions  - especially the women who backed Hillary Clinton- and are now enraged a pussy grabber stole (with Russian help)  her job of destiny. Not only organizing but fielding candidates and winning in state elections.  As a recent TIME article on 'The Avengers' pointed out (Jan. 29, pp. 27-33):

"Progressive women described undergoing a metamorphosis. In 2016 they were ordinary voters . In 2017, they became activists, spurred by the bitter defeat of the first female presidential candidate at the hands of a self-described pussy grabber. Now, in 2018, these doctors and mothers and teachers are jumping into the arena and bringing new energy to a Democratic Party sorely in need of fresh faces."

"Call it payback, call it a revolution, call it the Pink Wave inspired by marchers in their magenta pussy hats and the activism that followed. There is an unprecedented surge of first time female candidates....running for offices big and small - from the U.S. Senate to local school boards."

This ought to worry the Repukes and their groupies given "women candidates energize women voters". This, combined with potential depressed turnout on the Right,  holds the potential for a 'blue tsunami" not just a blue wave in November.

Other signs of what's to come:

- Female donors have helped raise $523 million for candidates over the past year, including for organizations like ActBlue

- The Ds also picked up 15 seats in the VA House of Delegates of which 11 were won by women.

- The Resistance organization 'Indivisible' now has at least two local chapters in every congressional district and more than 6,000 groups nationwide.

In respect to the last, Professor  of Government and Sociology Theda Skocpol of Harvard "says the anti-Trump progressive uprising already has more local groups than the Tea Party did at its height."  We now also know many of the women who built this new progressive infrastructure are the same ones who spent 2016 trying to stop Trump. Yes, they failed and they were in a world of emotional hurt in the aftermath, maybe even suffering from TDS. But now, they're angry, they're motivated, they're organizing and running for office themselves to bring the Repukes down. They are not going to take it any more.

"Trump Derangement Syndrome"? If that's what it takes to propel electoral organization to topple the Trumpkins and their GOP lapdogs, bring it on.

But it doesn't stop there. There is also the potential for the entire Republican Party to go the way of the Whigs based on their irrational anti-immigration stance. That's not my take but that of Daniel Henninger, conservative columnist of The Wall Street Journal in his article ('Republicans and Dreamers') yesterday. Henninger argues that while the Reeps are "taking a victory lap" after the Dems blinked last week on the shutdown, they shouldn't count their winning chits too soon.  It may be instead that:

"The Republican Party has a last chance not to consign itself to the dustbin of history over the infernal immigration issue."

He is referring to the enormous public support for DACA and the Dreamers as disclosed in polls As he continues:

"DACA has become a household word, meaning that most people who vote have developed an informed opinion about the 800,000 or so Dreamers ...Public support for letting the Dreamers off the deportation hook sits between 70 percent and 80 percent. When polling numbers hit that level the politics of an issue is usually over.

Except - as always for Republicans- if the subject is immigration. Rarely has a political party fallen so deeply in love with a ball and chain."

A 'ball and chain' which Henninger believes will take this party down to the level of irrelevance.  Why? Look at the stats as Henninger does here and consider the consequences if the 'pukes vote down any DACA deal:

"For the purposes of the imminent  Washington battle over the Dreamers, Mr. Trump carried Florida and its 29 electoral votes by 1.2 % of the nine million votes cast. He won Texas' 38 electoral votes with only a 52.4% majority. No Republican since Bob Dole has won Texas with a smaller margin."

He goes on to elaborate how these margins are critically important given we are talking about a total of 67 electoral votes for the two states. In the case of Texas "the Hispanic population has increased in all but 11 of its 254 counties."   Republicans typically win "40 to 45 percent of the Hispanic vote". So any change in the proportions could toss the state into the blue column. Such a change could occur when  agonizing TV scenes showing the deportation of Dreamers play across the country.

The same trigger applies in Florida, with the added electoral specter being the nearly 300,000 Puerto Ricans (voting U.S. citizens) who have migrated there because Dotard allowed the island territory to sink after Hurricane Maria rather than provide timely and sufficient assistance. Even now, barely 50% of the island has its power back. This is disgusting. And the import isn't lost on Henninger, because these dissed Puerto Ricans - while they may be suffering from some TDS - will be up and ready to vote in November. As Henninger notes:

"The state estimates that nearly 300,000 U.S. citizens from Puerto Rico fled to Florida after Hurricane Maria. Some will stay, register and vote.  You cannot, like King Canute, simply order this wave back to Puerto Rico,"

No, indeed, you cannot. And further,  I somehow suspect given the scenes (still fresh in mind)  of Dotard tossing kitchen napkins to their families, there will be many more than "some" casting votes- against Trump and the pukes.

"If Florida turns as reliably blue as California and New York, Republicans - starting with Donald Trump - may never win another presidential election. A Republican candidate would have to run the electoral table across the Midwest."

Yes, the wonders of Trump Derangement Syndrome. In this case now fueling a profound passion in alarmed citizens to take back their country from the traitors, troglodytes and proTrump turds.