Why This Government Shutdown Could Last Weeks 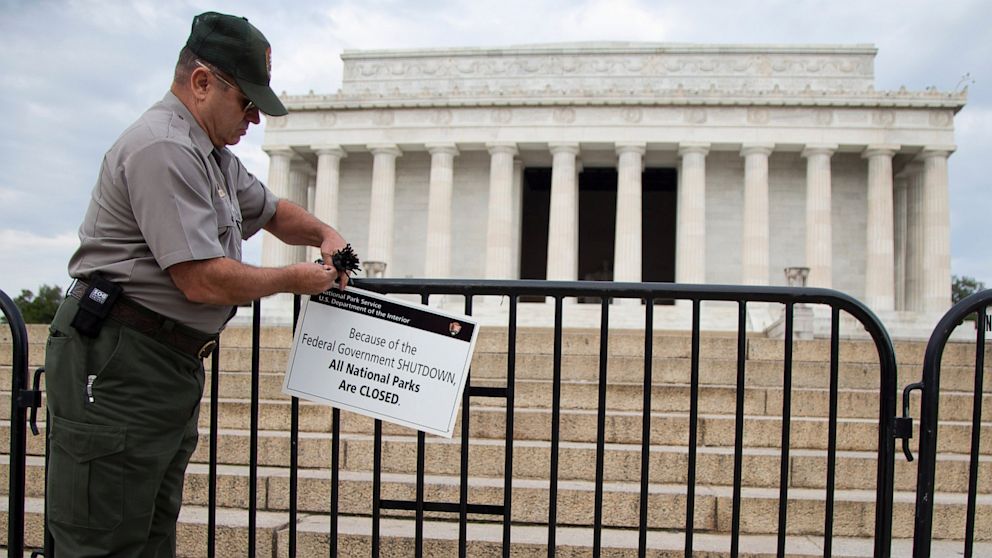 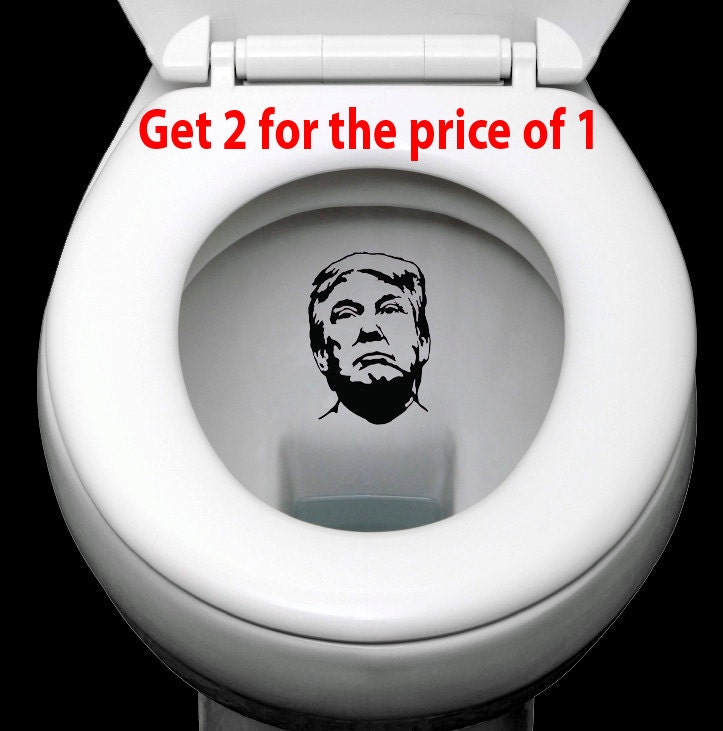 One of the favorite depictions seen on signs of women marchers.

"As Lindsey Graham has been reporting, a 32-year old aide (Stephen Miller) is telling the President of the United States what to do.  Trump gives Minority Senate leader Schumer a number for agreement, Schumer accepts it - then it's blown up when Miller sees it. ...The real damage is that leaders across the world are seeing how weak, how pathetic  this President can be. He has to be the weakest in allowing a 32- year old to lead him around by the nose, and actually undercut him in negotiations with Senate leaders." - Joe Scarborough on MSNBC this morning


As the shutdown continues, most sentient beings in the capitol agree that if anyone apart from the Dotard gets the blame it is the 32 year old proto Nazi and Joseph Goebbels look-alike Stephen Miller, e.g.

Miller's cynical manipulation of Trump was pointed out by Senator Lindsey Graham yesterday and repeated by Joe Scarborough in his statement this morning. Miller, the Goebbels wannabe, has had Trump's ear and been blowing up deal after deal, amendment after amendment - including an amendment proposed by Sen. Claire McCaskill to deliver emergency  funding to the military. But just as Dotard signaled possible agreement and an end to the shutdown, "Goebbels Junior"  nixed it. In other words, he barks "Jump!" and Dotard - like a beaten whelp- asks "How high?"  As Scarborough added:

"Would Barack Obama ever let a 32-year old staff member undercut him? Never! Never in a million years. Barack Obama was a strong leader. What we have here is a weak, weak uninformed leader - Michael Wolff was right.  We have such a weak leader that he lets 32 year olds lead him around and undercut him on negotiations."

This is why Scarborough could say that leaders across the world are seeing what a weak. pathetic putz we have for a leader. What a spineless, contemptible Pillsbury doughboy - all flab and no brain.

How is this germane? Because as long as Jr. Nazi Miller is driving Dotard, there will be NO deal, no end to the shut down. Further, the toxic rancor and rhetoric will accelerate.  How can it be otherwise when the man who purportedly should lead an end to this miasma doesn't know his ass from a hole in the ground and has to consult a 32 -year old jackoff Nazi punk on when to take a dump.  For example, the tweet shown on Scarborough's show this morning had all the earmarks of a dumb puppet having his feeble brain "strings" pulled by Obersturmfuhrer Miller, e.g.

But as Scarborough pointed out for the more feeble minded,  unsure of who to blame:

And so it's gone and so it goes. But do not look for daylight, as long as extremists are dictating terms to the alleged "leader of the free world" and his GOP cohort.

Let's not candy coat it: things are getting ever nastier in the home of the brave and the land of the free. The ongoing shutdown, itself a sign of the current levels of polarization and division,  descended to new lows over the weekend. This followed the incessant lies from the Trumpies- fanned by Miller and  his Right wing hack allies and followers.. Not to mention putting out a despicable TV ad released on Saturday, which said Democrats were: “complicit in every murder committed by illegal immigrants”.  You think the Dems will be inclined to deal with these asswipes now? Including agreeing to a short term (3 week) CR by noon today? If so you probably also believe in unicorns.

This is how low the current shutdown dialogue has taken us and it is bound to go to ever lower depths as the shutdown continues. And yes, this could last for weeks even as the mainstream media continue to breathlessly gasp about the "blame game".

Look, there is no "blame game" other than in pundits' feverish brains.  Graham and Scarborough nailed WHO is to blame and the Dems have nothing to do with it. As I posted previously this is all on the Repukes (wifey hates that term, but too bad, I'm sticking with it until they prove they can cease "re-puking" unworkable positions.)  -as The Denver Post reported yesterday (p. 11A) have now fully lined up with the extremist Right anti-immigration faction to try to disparage DACA  and the Dreamers.

The Post didn't mention it but Lindsey Graham did later, that Stephen Miller is the extremist "avatar" keeping Trump on the path to refusing every offer made by the Dems -including even providing significant funding for his goddamned stupid wall.  These extremists are the ones pushing the GOP to yield no ground for any compromise - say to put DACA on the table - for any continuing resolution (CR) or other bill to break the shutdown logjam.

This is why NO deal will manifest today, so don't hold your breath. The Dems - as part of any short term CR (until Feb. 8th) insist that the DACA issue be integrated into any future bill. The Democrats, in contrast to Trump, have consistently  made it  clear there can be no deal without DACA included. This is given 800,000 kids or young adults would otherwise be sent back to countries they've never lived in by March.  Further, the Democratic base and resistance is fully behind this stance. To cave now, or show cowardice in any form,  will definitely earn the Ds  resounding midterm losses as the base abandons them in November. So, they had better stay strong  and avoid bringing a mere knife to a gun fight. We want Uzis or AK-47s!

How low have things gotten in the meantime? Just look at that reprehensible ad released on Saturday, which said Democrats opposing Trump's hardline immigration agenda were “complicit in every murder committed by illegal immigrants”.  Marc Short, the White House director of legislative affairs, told NBC’s Meet the Press “that ad was produced by an outside group and not those of us in the White House”unfolds"   Never mind, Trump still approved of it, including  a picture of Dotard giving two thumbs up and his voice saying: “I’m Donald Trump and I approve this message.”

Bernie Sanders condemned the ad, saying, on CNN’s State of the Union on Sunday:

“It is really unbelievable and so sad for our country that we have a president of the United States who says such nonsense and such outrageous statements,”

You own it, fat boy, so deal with the fallout, which is primarily bad faith, lack of trust. The Dotard, with his balls locked up by the extreme Right, can't be expected to broker any reasonable end to the shutdown. Indeed, yesterday this turd tried to short circuit the process by appealing to his Repuke tribe to use the "nuclear option".  Such a move would allow Republicans to pass legislation without Democratic support, by lowering the majority needed to pass a bill to just 51 votes.

What was especially gratifying to see, was all the News shows  yesterday that repeated Fox and Friends footage from 2013, when Republicans in Congress drove the last government shutdown, over healthcare reform.  There, captured for posterity, was Donnie Dotard himself, bloviating:

Donnie Dotard thought at the time he was too clever by half, given his critique took a shot at then President Obama.  But he couldn't have known that 4-plus years later his words would apply to him. I mean HE is now the guy at the top, or is supposed to be. HE is the one who is supposed to make the hard decisions to solve the shutdown - not let Right wing crazies bend his ears to keep it going.

As Sen. Chuck Schumer said in a Senate floor speech Saturday,  he had “essentially agreed to give the president something he wants” – funding for a border wall – “for something we both want”, status for Dreamers. Adding:

"It was now up to the president to end what he repeatedly called “the Trump shutdown."”.

But see, given Dotard's balls are in hock to Herr Miller and the extreme Right, he can't. He is essentially a political eunuch - having neutered himself - by ceding so much power to his junior aide Miller and the FOX et al crazies. Crazies (like John Birchers) who, merely 50 years ago, were rightfully scorned and relegated to the margins of American political status. While today, idiotic voters - hankering for an authoritarian white Master - have given them center stage.

So much for being the leader. Flush this presidential turd down the political toilet as numerous depictions portrayed in the Women's marches across the nation.

What's even more incredible than a U.S. President being led by the nose by a proto-Nazi punk?  Well, the answer is how many - who were ready to disown "the Donald" and  toss his fat ass into a mine shaft three months ago - are now prepared to follow him into hell over this shutdown and his anti-immigration stance.

Again, don't look for anything to come of the D-R confab a few hours from now, to try to get a 3 week reprieve. . Until and unless the Repukes detach themselves from the Right wing extremists - especially Stephen Miller - there will be no end to the shutdown.

As per the latest news it appears a temporary agreement - for a 3 week reprieve on the shutdown  - has been reached after all. This was after the Republicans made a "pledge" to consider DACA as part of any new spending bill. Before anyone gets all hyped up and overly positive let's bear in mind we've been down this road before - in December -, when Dems got a similar "pledge" from Bitch McConnell,  then were stabbed in the back. (Why many Left groups are saying the Dems caved.)  Personally, my bet is we will be right back where we are now come Feb. 8th. I could be wrong, and pigs could also fly and unicorns frolic in Rocky Mountain National Park..

Bottom line is there is a window to work things out during which the U.S. government will be open for business. But this depends on the good faith of the GOP (and especially Dotard and 'Mitch the Bitch')  to see the DACA aspect through and not screw over the Dems again. If I were a gov't worker, I'd start salting away money from now in case you face a much more prolonged furlough after February 8th.

On the actual positive side, the CHIP program as a result of today's CR vote, gets funding extended for another six years. Maybe that is worth caving for now.
Posted by Copernicus at 8:16 AM