What's Even Scarier Than A Kid In A Trump Halloween Mask? 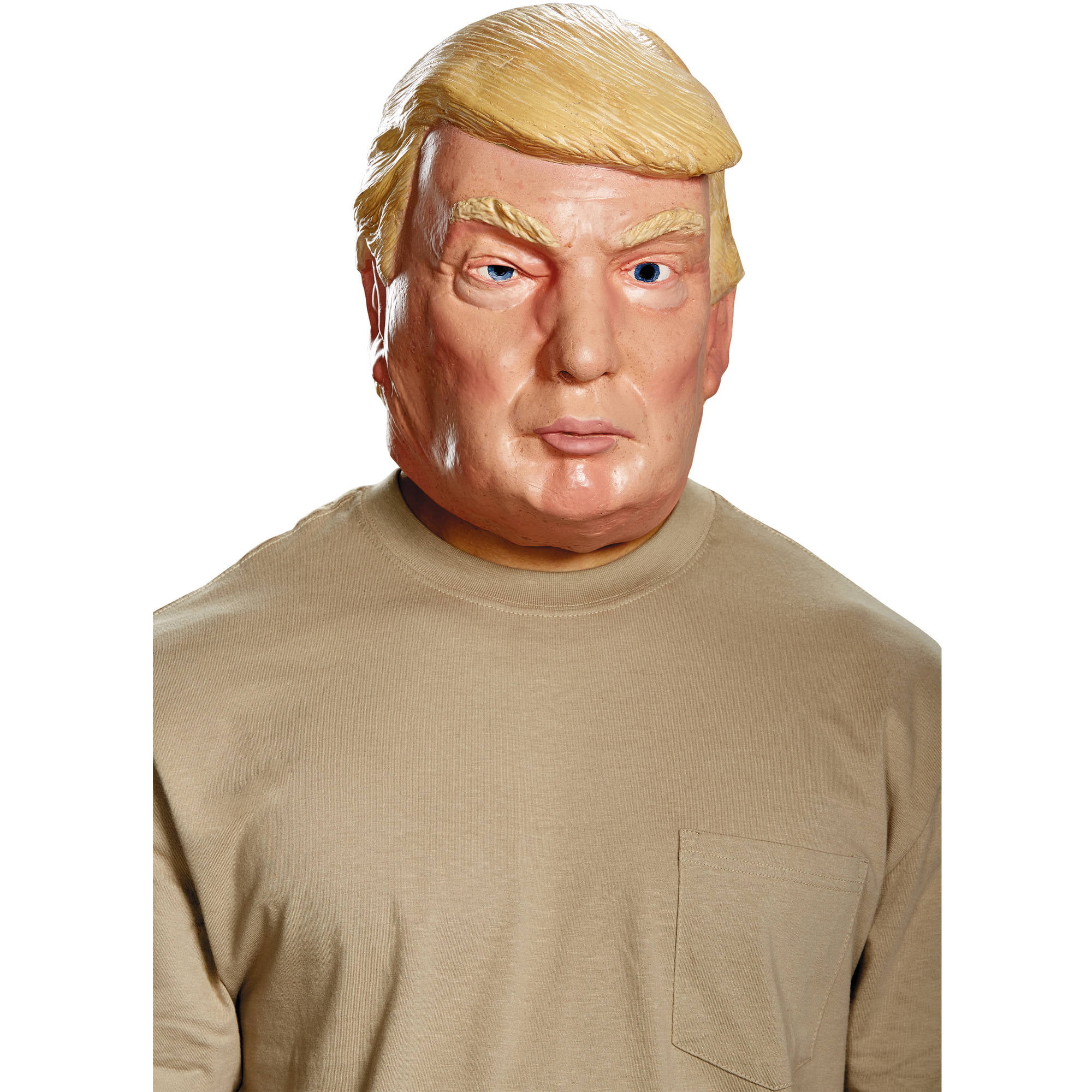 The word is out that a lot of kids this Halloween will be sporting Trump masks of one kind or another.  Why a kid would choose such a mask instead of a zombie or demon, is beyond me. But maybe the kid knows something I don't, or perhaps believes Donald Trump's visage is scarier than any 'Walking Dead" zombie's or a Satan mask.

Of course, Trump himself is already trying to scare the hell out of Colorado voters. Just this past Saturday, at a rally in a swing county,  this imp called into question Colorado's mail ballots. (This is the first election in the state which is - this year- all mal ballot. Though people can still choose to vote in person if they choose).  At the rally Trump bellowed:

I have zero idea what he's babbling about, but this state's mail oversight is among the toughest. As Boulder County District Attorney Stan Garnett put it, quoted in The Boulder Daily Camera :

“Local governments and county clerks do a really good job regulating the integrity of elections, and I’ll stand by that record any day of the week.


The Denver Post explained in an article earlier this month, vote rigging would be practically impossible in Colorado. “Pack a lunch . . .  and a dinner . . .  and a snack and a breakfast and a second lunch and four more weeks of food,” the article joked, “because you’re going to be at it for at least a month in dozens of counties and will have to evade hundreds of people from across the political spectrum trying to stop you.”
There is no single hackable election system in Colorado.  Each of the state’s 64 counties have their own set of systems which are overseen by independent local officials, use as many as five different brands of voting machines, and have to have their results reconciled and verified by bipartisan canvas boards. To effectively rig the entire state, one would need to bypass several layers of checks-and-balances in 64 geographically disparate locations

As I also noted in a previous post, each mail ballot such as we recently sent in, must be signed and dated. The original validation must have been done in previous actual voting at the polls via use of Colorado ID cards (before the mail balloting law was passed).  Btw, you can't just "pick up" a mail ballot, like on the sidewalk, erase all the voter marks (which must be rendered in blue or black INK  - not pencil) then re-do and mail it. As I said it has to be signed and any such ballot found would already have been - else it's disqualified.

Does Trump believe the various county election clerks are too dumb or blind to notice when a ballot's marks have been erased and re-done, or when a false signature has been inserted?  Give me a break. Besides, who the hell would go to all that trouble anyway? This year's ballot covers - in most counties - more than 35 choices, including voting for Propositions (e.g. 106 for medically assisted death) and state amendments to the Constitution (e.g. 69, 70, 71 and 72) not to mention choices for all the lesser offices. Who is daft enough to go to all that work, or would fill in only the presidential picks and leave all other ovals blank, raising definite suspicion.

It makes no sense, but this is what happens when unhinged paranoia runs amuck.  As for the insinuation that clerks at election offices would just pick certain ballots and toss them away, why? There is no way to tell if one ballot is voting a certain way because all are sealed in security sleeves then in regular envelopes. There is no way in hell to see through the outer envelope to determine what any voter choices are, say as a putative basis to chuck a ballot.

Trump even added a warning to county election officials: “We have a lot of people watching you people that collect the ballots.”

Yeppers, and I suppose we will spot them with their little plastic badges and Trump masks!


who actually - get this - voted twice, because she believed the election is rigged. She told an Iowa  public radio station she cast one vote for Trump at an early voting station in Polk County, IA, then another at a satellite station, before being busted and is now out on $5,000 bond. Rote's arrest appears to have escaped the notice of Trumpies that this single event elevated Iowa's current voter fraud stats in this election into the stratosphere. Alas for them, it is owing to an obsessed Trumpie, not immigrants or "dead people".

Anyway, what is far scarier than kids wandering through neighborhoods begging for candy in Trump masks, or Trump fear mongering about Colorado mail ballots, is the latest report by Project Censored. This concerns all the prime news stories that "didn't make the news", in other words, were shelved by the mainstream media.

Some of these scary stories are:

1. U.S. military now deployed in 70 percent of the nations of the world.

If that doesn't scare the bejeezus out of you, and you don't believe that's military overstretch, I don't know what else to tell you. Maybe you are living in a parallel universe.

2. Much of the evidence to do with medical science may be untrue.

This pretty well speaks for itself. If we can't trust what our doctors tell us, re: diagnoses, treatments, side effects, then we are for the high jump.

Deniers may shrug and say "meh", but all sentient beings on the planet ought to be shaking in their boots given the role of these bacteria.

This is the REAL voting fraud specter, not writing dead people's names on ballots, or dumping mail ballots in dumpsters as Trump suggested on Saturday.

Whenever you read or hear of the Neoliberal domain offering solutions for the refugee crisis, in the guise of humanitarianism, be afraid, be very afraid.

6. Over 1.5 million American families live on $2 per person per day.

A genuinely scary economic fact if ever there was one.

7. CISA - The Internet Surveillance Act No One Is Discussing

If this doesn't make you paranoid about the Neoliberal security  state I don't know what will.

Yes, Trump and his deluded minions - and perhaps even kids masquerading as them - do inspire a bit of fear. But not as much as the sheer volume of serious news the corporate media has kept from us - as revealed by Project Censored. Arguably even scarier is how this missing knowledge could assist poltroons and political misfits to manipulate consent.
Posted by Copernicus at 7:57 AM