It was inevitable that after Sunday night's reality show version of a presidential debate, the Trumpie zombies and Trump surrogates would use every rationalization to try to excuse their crown prince of pathology  from moral opprobrium - while cluttering the argument with befuddled babble.

For example, we are informed that Trump used words that "every real guy whether in sports, the army or college has used". Interestingly, within minutes of this claim the twittersphere lit up with complaints from pro athletes not to lump them in the same set of deplorabes. See e.g.


As C J McCollum of the LA Clippers put it, referencing Trump's "grab them by the pussy" crap:

"I haven't heard that one in any of the locker rooms"

Chris Kluwe, former NFL player (Vikings) , noted that no "locker room" talk of the type Trump displayed (advocating sexual assault on women) would be heard in professional locker rooms and such an accusation and conflation "denigrates all professional athletes"

In a similar vein, I question that "all real men" say in sports, college, or the Army,  would use such despicable terms of sexual violence as Trump, e.g.  in the released WaPo tape. A large number?  Maybe, but not all. As for college guys, yeah, there is a certain segment - mainly the diehard boozer frat boys and jocks.

But see this is the shtick that Trump backers must resort to in order to muddy the waters and make their man appear as if he's not the moral "lone ranger",  i.e. saying anything unusual or disgusting. That's the first strategy of the moral loser - drag out the old trope that "Hey, they're all doin' it!" Uh, no  "they" are not.

Another tactic used is to befuddle the reader using irrelevant, pseudo-moral comparisons. Say of those who castigate Trump for his taped sexual effusions but are okay with an art work like the Andres Serrano photograph "Piss Christ", e.g. 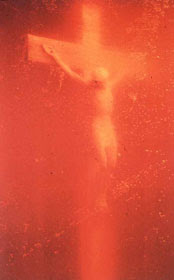 But they are comparing chalk and cheese.   They are trying to equate a volatile blowhard's sexual assault proposals and tactics with a work of art that - let us admit- depends on subjective criteria in the viewer to appreciate.  Serrano himself made it clear his work was never intended as an insult but as embodying the utmost reverence. He believed that he could elicit the maximum visual mystic effect he desired by immersing the crucifix in urine. In other words, urine became an artistic medium like oil paint,  not any  blasphemy.

Those who misunderstood the image wanted to censor it. They wanted to impose their own subjective brand of moral perception on an inanimate work of art. This is a case of moralism, not morality.   Moralism is predicated in an unsubstantiated belief in a monotone, uniform human sensibility to all external stimuli, whether photos, art or books.

In this way, moralism (or pseudo morality) drives an imperative for conscious behavior modification...of OTHERS....and can thereby be exploited by any group that fancies it has political , economic or other leverage. This is why one beheld the same pseudo moral scolds attempt to mount past boycotts against films they didn't like - as we saw with 'The Golden Compass', and 'Angels and Demons', as well as 'The Last Temptation of Christ' ( which portrayed Jesus in a sexual relationship with Mary Magdalen).

Again, there is NO comparison with any of these art forms to a presidential candidate talking about grabbing a woman's pussy or referring to his daughter as a "piece of ass".  Anyone who would believe so has no moral or ethical compass - a distinction we will get to below.

Another shtick of Trumpies desperate to spread the mud around is to invoke "situational ethics' as the pet prop of Lefties hence making them "hypocrites".  Cheryl Mendelson, former Professor of Ethics and author of 'The Good Life', notes that ethics actually comprises a nonmoral code for behavior. It is not the same as morality which is universal in terms of cultural and historical background,

According to Michael Shermer (The Science of Good and Evil) :

“Provisional ethics provides a reasonable middle ground between absolute and moral relative systems. Provisional moral principles are applicable to most people, for most circumstances, for most of the time - yet flexible enough to account for the wide diversity of human behavior"

An illustration of moral provisionalism would be the case of the American nun excommunicated by the Catholic Church 6 years ago for saving a 27 year old mother’s life at the expense of her fetus. Her choice was either to let the birth occur and see both mother and infant die, or prevent the birth (because of the mother’s blood pressure complications) and save the mother. In provisional morality the greater relative good is always chosen over the lesser one. In this case, two deaths with two life saving efforts represents the lesser good, while one death with one life saving effort represents the greater one.

The error of the Bishop that excommunicated the nun was in upholding an absolute right to life ethic for both when in practical terms both could not survive. But this is the very danger of "black and white" moral absolutism. It determines that all involved in a case must perish to preserve an abstract principle, rather than allowing one to survive- but foregoing the absolutist pretensions for a relative GOOD: One living!


But what about a universalist moral dimension, say to gauge the probity of human actions? Prof. Mendelson articulates this superbly by elaborating on the aspects of moral capacity.  She observes (p. 52): "this is not a single thing but several mutually reinforcing capacities".

Like her, I believe these provide the best guide to whether an individual has any degree of moral capacity or is capable of exercising such. These include (ibid.):

1) Self-government and self-restraint:  The moral mind demands the right to govern itself and further "the capacity for self-restraint derives from the internal rule of self-imposed values."

Did Trump manifest either self-government or self-restraint in either of his two debates? Anyone who doesn't know the answer to that is either morally blind or totally insensible. Clearly, the fact he was unable to manifest these in his taped blurtations prefigured his outrageous, uncontrolled behavior in the course of his campaign this year. In other words, it revealed a fundamental defect in his own moral character in his inability for self rule.

2) Social moral capacity: The capacity to feel love and empathy as well as compassion and sympathy "which are all crucial to the moral life".

Mendelson goes on to emphasize that condemnation of cruelty and sadism derive from this capacity and that this includes extending moral respect to every person, especially those beneath one in station. Did Trump show any of these traits in his treatment of the family of Capt. Humayun Khan? Did he show compassion to Alicia Machado?  Did he even show them for his daughter Ivanka? Replay the relevant media tapes and judge for yourselves.

3) Self-criticism and self-observation: A strong ability to observe and criticize oneself, to be objective about oneself.

Does Trump manifest this aspect? Well, up to now I've not heard one word about him objectively criticizing his recent actions, or words, All I've heard is deflection (to put blame on Hillary), and rationalizations - such as his own follower also use - showing they are as bereft of this capacity as he is.

4) Rationality: The moral mind's "strong conscience reinforces its grasp of reality and obedience to reason and logic".

Prof. Mendelson goes on to point out:

"A decline in moral culture inevitably leads to widespread irrationality ....this might mean growth in magical or crackpot thinking or people's willingness to believe that some dictator can do no wrong or in dismissals of scientific theories about vaccines, global warming and evolution."

To the point, does any character who blames global warming on the Chinese demonstrate this aspect?  Does the guy who performed in Sunday night's debate manifest reason and logic by deflecting his own derelict sexual assault speech onto others?  I'd say case closed.

To what extent does that apply to Trump's delusional followers? Almost 100 percent, especially after one reads the TIME article 'The Truth Is Out There' (Oct. 17, p. 18) on how the whole notion of truth has been distorted in this country  - especially in the Trump campaign era. Now, whacko conspiracy theories at the margins before - like FEMA- UN concentration camps, the Feds holding military takeover exercises and getting ready to take guns away are commonplace.  And oh, by the way,global warming being a "hoax", "invented by scientists paid off by the government to spread alarm and "bring down Western civilization."

If Mendelson is correct, and I believe she is, then a Trump election would likely translate into a massive mutation of this country into moral capacity deficit. It is bad enough already when members of the high IQ societies subscribe to specious beliefs including a global warming conspiracy. It will be even worse as these misbegotten memes spread even further. Already, Trump's reckless claims of a "rigged election" have set the stage for a large sector of the populace to reject Clinton if she is elected- not to mention make trouble at polling stations (a good reason to use mail ballots!)

That further sets the stage for an ongoing civil war in a polarized, unstable country which somehow allowed itself to forget the most important words ever written by Thomas Jefferson:

"Every government degenerates when trusted to the rulers of the people alone. The people themselves therefore are its only safe depositories. AND TO RENDER THEM SAFE, THEIR MINDS MUST BE IMPROVED." - 'Notes on Virginia'.

Trump, above all, doesn't want the minds of his millions of zombie followers improved. To do so would render them enlightened for a change, and able to see through his strong man- bully shtick. The problem is that they love this shtick because they want a bully boy - just like millions of Germans did in 1932 before launching Hitler into the Chancellorship, thereby establishing the disastrous Third Reich..