No - You Don't Need A Million To Retire! 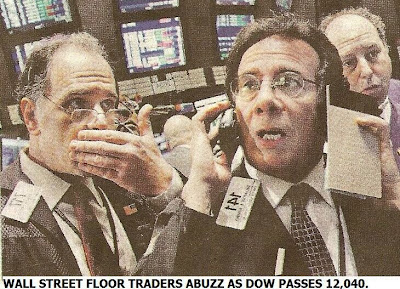 It has been pointed out before by various finance skeptics, but needs to be again (contrary to the worrywarts), that people do not need $1 million to retire. Yet to many this has almost been adopted as a norm, which ought not be challenged.  Thus, it was encouraging, to see in the MONEY magazine investment issue (Jan-Feb, p. 48) , that the authors also are trying to steer the masses away from the idea that stock investment is the only solution and one needs a minimum of one million bucks to achieve any degree of comfort.

A repeated trope that is 99 percent balderdash.

Indeed, author Michael Lewis, author of The Big Short, has noted it was all "built on quicksand, and people who invest in stocks are not paying serious attention to the underlying fundamentals."  Instead they're being mesmerized by flickering numbers on crawl screens, and carried away by temporarily inflated share prices and think this will net them compile a hearty retirement nest egg. Hardly, because if this bubble bursts as I believe it will, many will lose even more of their nest eggs - especially 401ks- than they did three years ago.

Apart from that,  monies accrued in stocks are never real until actually redeemed. This is why we refer to it as "phantom money". You can't build a secure income stream around it because it's variable. - from day to day and week to week. Apart from that it's been estimated ('Surviving the Coming Mutual Fund Crisis') that only 5 % of mutual fund holders manage to redeem their shares in time to reap gains.

The authors of the MONEY piece cite the finding that "more money makes you happier, but once you amass a comfortable nest egg, the effect weakens".  This according to Wes Moss, author of 'You Can Retire Sooner Than You Think: 5 Money Secrets of the Happiest Retirees'. Moss, in his survey study found that yes, the happiest retirees had the highest net worths, but the happiness quotient diminished after a net worth of $550,000. In other words, that amount was quite enough to fund a comfortable retirement.  As Moss put it, cited in the article:

And 550k is that level, at least according to Moss' findings.

But the MONEY authors add that where your money comes from is as important as the amount of savings you amass. As Moss finds (ibid.):

"Retirees with a predictable income - a pension, say, or rental properties - get more enjoyment from using those dollars than from a 401k or IRA"

Well, of course, given 401k and IRA monies are generally invested in mutual funds which are subject to variation as phantom money, as I noted. Hence, you cannot be sure that the IRA money you use (say in a yearly redistribution) won't go down the next year because of the underlying stocks plummeting. Thus, you are gambling with your IRA nest egg and you know it.

By contrast, getting regular, steady income - say from a pension or immediate annuity- means you can regularly budget for some enjoyment, e.g. holiday trips, and know how much you still have left.  This is confirmed as the MONEY piece notes:

Again, not surprising since that anxiety will naturally arise given there is no predictable income stream on which to base financial projections or even basic budgeting, say for trips, special treats - nights out for a couple, or even buying a new car.

Those who wish to check on the annuity which can be purchased for a given amount can go to this site:

Of course, to achieve even modest amounts for immediate annuity purchase requires diligent saving, which too many Americans haven't done. But if they ever do, they ought to know they don't need a million to retire and don't have to risk savings in the stock market.
Posted by Copernicus at 8:18 AM