No - These Creationist Dopes Don't Merit Equal Time on 'COSMOS' 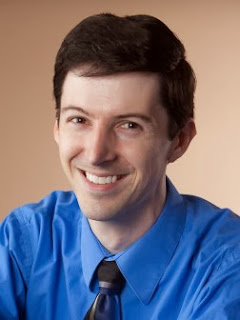 Incredibly, the creationists are demanding "equal time" on COSMOS. Horror of horrors, the show doesn’t contain creationist theories about the universe’s origins. On Thursday, Danny Falkner, of Answers in Genesis, took to “The Janet Mefferd Show” to make a plea for “balance.”     This even as the fundies are also complaining about the new movie, 'Noah', which they insist "Isn't faithful to Genesis". Hello! Genesis is a fairy tale, an elaborate myth that no person with I.Q. over room temperature takes literally. It's a story rife with metaphors and exaggerations. I mean, sheesh, a guy living over 900 years!

Falkner complained, “I don’t recall seeing any interviews with people – that may yet come – but it’s based upon the narration from the host and then various types of little video clips of various things, cartoons and things like that.”
Mefferd suggested that “Cosmos” bring in a different “scientific” point of view.  She bloviated:
“Boy, but when you have so many scientists who simply do not accept Darwinian evolution, it seems to me that that might be something to throw in there. You know, the old, ‘some scientists say this, others disagree and think this,’ but that’s not even allowed.”
But why would it not be "allowed"? Well because creationism is not science!  Let's just take the case of Young Sun - Young Earth creationist Jason Lisle, who in one dvd: “The Young Sun” , attempts to convince gullible viewers that he can show the Sun is “young” so fits in with the Genesis fairy tale that the Sun can be no more than 6,000 years old (since in Genesis the Earth was made before the Sun, an impossibility anyway as I’ve shown in a number of blogs). Why is this impossible?


Because to embrace such codswallop would require rejecting most of modern stellar physics predicated on nuclear fusion. A key quantity in obtaining these time scales is the energy liberated per (nuclear fusion) chain defined as:


which is in ergs/gram for example. (I.e. the total ergs of stellar energy given off per gram of stellar matter available for reaction.)  E is found from specific nuclear fusion reactions, such as p + p -> D2 +e(+) +v, where two protons fuse to yield deuterium, a positron and a neutrino(v). The key quantity is r, defined as the reactions/cm3. Obviously, the greater this value the shorter the energy generation time scale and the smaller the value the longer it will take. It is defined (see, e.g. Astrophysical Concepts, p. 331), by Martin Harwitt:

Then working out 'r' for the proton-proton fusion cycle one can (after a lot of work) obtain the time scales for each chain part and the energy yielded for each, viz. (cf. Harwit, op. cit., p. 336). One finds that just for the final helium fusion chain:

Thus, this fusion branch alone takes almost 1,000 times longer than Lisle's time of 6,000 years, as the supposed maximum age of the Sun.

More importantly, to reject stellar nuclear fusion is to reject the entire foundation of modern stellar astrophysics, which in fact allows us to construct consistent stellar models (based on pressure-gravity balance at each layer).  Indeed, in his Ph.D. thesis Lisle  even acknowledged as much!  Therein he concedes to the above basis for nuclear fusion occurring in the Sun! So one is forced to ask if he really believes that or if he LIED in his dissertation? If he lied then his Ph.D. isn’t worth an ounce of doggie lickspittle,  I don’t care which institution awarded it.

The fact that just the helium fusion time scale blows Lisle's "Young Sun" idiocy out the window, ought to give all his groupies and followers pause, but see,  they aren't really invested in genuine science but in religious belief. They dote on Lisle because he feeds their supernatural fictions and false beliefs via pseudo-scientific claptrap - which most wouldn't understand if their lives depended on it.

Unfortunately, this kerfuffle seemingly has even driven Neil deGrasse Tyson into making capitulatory statements which Carl Sagan never would have volunteered in a million years. On WNYC’s Brian Lehrer show, Tyson said that there are "plenty of scientists who pray to a god, and are fully functioning” because they "don’t use religious text as scientific evidence."
This marks a valiant effort to placate the fundies, but alas is disingenuous. There are not "plenty of scientists who pray to any god". Pew Religious Forum surveys conducted since 2000 have in fact shown that the majority (60-70 percent) of physical scientists are atheistic or at least agnostic. They acknowledge no personal deity. And hence, Tyson didn't have to offer this palliative at all.   Yes, I have known a few who are religious, and it is true they don't invoke their religion to advance their science. But on the other hand, I am aware of those who have, because it's allowed them to get gigs they otherwise  couldn't  - because of too much competition in the mainstream.  Hence, they instead carved out a creationist 'niche' and were accepted by one creationist (or ID) outfit or another, whether Discovery Institute, Answers in Genesis, The Creation Science Institute or whatever.

Tyson also went on to state:

This is a noble effort to be diplomatic but it simply doesn't work, doesn't compute. Science - based on naturalism and Materialism - is counterpoised to ANY system based on supernaturalism. It's like trying to mix oil and water. It is a fool's errand

Religion encourages and indeed, DEMANDS one sacrifice one's mind to belief and dogma. Dogma is part of religion, at least most of them, as is "sacred revelation" (e.g. in "sacred scriptures")  which religious types are obliged to accept and do so unquestioningly. This is one of the reasons I left the Catholic religion behind.  I couldn't abide their ridiculous dogmas, whether virgin birth, immaculate conception, transubstantiation or whatever. None of it made sense, and given the Church's hierarchy didn't allow 'free thought" I had no choice. Either one is honest with himself or not.

Trying to frame the  inherent opposition as "ideas that are different" versus "dogma",  therefore,  is not only misleading but false -  a misdirected effort to 'square the circle'.  It will not win any more religious viewers for 'Cosmos', and it may well alienate many scientists as they witness a kind of retreat in the form of euphemistic, verbal cowardice, i.e. to stand up to the religious bullies.

Hence, since religions discourage free inquiry - which is the essence of science -   then one cannot have harmony or consilience between religion and science. Carl Sagan actually made this clear in Episode One ('The Shores of the Cosmic Ocean') in his original Cosmos series-  examining Hypatia and how she was put to death by religious zealots for defending that spirit of inquiry.

Posted by Copernicus at 9:51 AM