Is Gen Y Too Obsessed With Apocalyptic Futures? 'Yes!' According to One Prof (But They Have a Right To Be!) 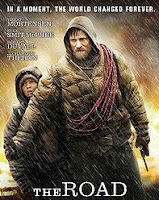 "If you were born after 1960, you are more likely to die from starvation, disease or violence." - Jay Hanson, in essay at 'Dieoff.org


Professor of Religious Studies at the University of Colorado, Ira Chernus, has proposed the Gen Y demographic is too obsessed with apocalyptic visions and ideation - and gravitate excessively to dystopic fare like 'The Hunger Games',  'The Walking Dead' and likely the new flick, 'Divergent' too.  In the case of 'The Walking Dead' (which btw, I also watch, though it's not necessarily my "favorite") Chernus observes (Colorado Springs Independent, March 5-11, p. 21):

"It's no surprise that 'The Walking Dead', a zombie apocalypse series, is their favorite TV show since it reveals (and revels in) what one TV critic called the 'secret life of the American teenager'"

Leaving open the question of why those of us who are in the elder demographic also find the series riveting.  Hint: It has nada to do with any "secret life" of horrific ideation, but because it's very well done!  Also, maybe we grew up loving horror flicks, and still do. In our reckoning, there's no "statute of limitations" in terms of age, on loving horror flicks.

Having basically denigrated a particular demographics' love of a great zombie series, Chernus does admit we do inhabit an era wherein potential apocalypses are everywhere. One can think of global warming leading to the runaway greenhouse effect, for example, which would effectively wipe humans off the face of the Earth within perhaps 200 years - and all other species too.

Then there is the prospect of real thermo-nuclear war. Most of today's youngsters, though they may have seen a few atomic disaster flicks, have no conception of how horrific a nuclear war would be. Fortunately, one daring British film entitled 'Threads' showed it - from the original exchanges of thousands of megatons - to the nuclear winter that follows over decades.

Threads is not for the squeamish or faint-hearted but I do think all those yammering for war or confrontation with Putin and the Russians need to see it and let its message soak in. In fact, I think every critically-thinking red blooded citizen ought to see it, if for no other reason to be motivated to let their belligerent  reps know this thing isn't on - not now or ever.  In this sense, our political leaders could also use the therapy of seeing 'Threads' next time they're inclined to use antagonistic rhetoric.

Though based on a hypothetical Soviet invasion of Iran, (which possibility now reverts to a U.S. -Israeli bombing of Iran),  the projected invasion of a U.S. and NATO strike force remains accurate to any unfolding future scenario,  since the present day Russians have plowed enormous investment  into Iran and its reactors.. Anyway, from the initial strikes on a nuke reactor at Isfahan, to the accidental sinking of the Russian ship Kirov in the Straits of Hormuz, to the accidental exchange of 2 tactical nuclear weapons (with radiation blowing over Pakistan) and the escalation to a full scale nuclear war - with 3,000 megatons exchange (210 megatons on the UK alone) this movie will keep you on the edge of your seat.

It should also give sober citizens (of whatever age) nightmares and motivate them to scream down all the warmongers in this country with a boner to pick a fight....with whomever. In this sense, Chernus is right that "apocalypses are everywhere" in the political process for change. For example, the most powerful political process today, mostly for negative change (which is to say, the benefits of it redound only to the few, the wealthy, the multinational corporations) is Neoliberalism.  The Neoliberal dynamic and imperative is to "flatten the Earth" in terms of holding all global citizens to the dictates of the global market. These dictates demand all nations 'play by the rules' which means they do nothing to resist Neoliberal expansion irrespective of what form it takes. This is exactly why Obama and the U.S. are so pissed at the Russians for reverting to their original geographical interests and re-claiming Crimea. In addition, the Russians by their actions are messing up assorted trade deals that would have mightily benefited capitalists in the U.S.

As one astute commenter in the UK Guardian forums put it:


So the negative impetus to confront the Russians is directly tied to this deflection of the Neoliberal imperative to enslave the Ukrainians in another "austerity" governed hellhole, like Greece. But is it worth having a nuclear war over? We have to wait and see. In the meantime one hopes more sober heads come to the fore in the Obama administration.

Chernus goes on to write- and this could certainly apply to the siren song of Neoliberalism:

"A better future is often implied between the lines but it seldom gets much attention because it's even harder to imagine such a future much less believe it."

For many of us, in the case of climate change this is certainly true, since there's almost NO upside, zero - if we should hit the critical thresholds identified by Bill McKibben. Thus, exceeding a carbon load (for the atmosphere) of 550 gT is the start of the road to climate hell, while exceeding the 2770 gT limit is the road to certain hell and the end of the game for humanity.

Thus it is understandable that upsides and positive images get less attention. We're already seeing the negative effects play out in massive droughts, wild fires, severe heat waves and storms, so why should we expect the future to be better - especially if humans aren't doing a damned thing to effect significant change? We keep growing our numbers, spewing more chemicals (including massive water pollutants) and CO2 out, even as the fossil fuel wizards now want to frack the whole planet into the ground.

In terms of the Neoliberal imperative, we already see the 'race to the bottom' played out in numerous nations for which the Neoliberal virus has become embedded. We behold millions and millions of unemployed and under-employed as well as people barely able to eke out a living on minimum wage. We also see the yen to cut social insurance, whether in the U.S. or Barbados - because for the Neoliberal,  security is not to be allowed. It is anathema because people are expected to either work for their money, or get if from investment in the (Neoliberal) gamed markets. Those who refuse are punished by extremely low yields and the creeping cancer of inflation eating up their savings (especially as the Neolibs continue to game the system and measure only certain types of inflation in their cost of living assessments)

Since we can see the dire effects of Neoliberalism (those of us with eyes to see) then looking for upsides to it, irrespective of what the Neolib pols spout, is a fool's errand.

As for Prof. Chernus, his heart is in the right place - in terms of trying to spread a more positive overtone to our rapidly approaching dystopic world - but his knowledge is inadequate. In terms of allaying climate change he writes, for example:

"Scientists have shown that renewable sources like the Sun and wind could provide all the energy humanity needs. Alternative technologies are putting those theories into practice around the globe just not on the scale needed to transform human life."

Which is true, but he doesn't explain why. The reason is that fossil fuels remain the energy sources with the biggest bangs for the buck, and sources like solar and wind are too dilute - not concentrated enough - to be useful. The Physicist's Desk Reference notes, for example, all the alternative energy sources taken together barely account for 1 EJ (exajoule) while oil-coal account for 15-17 EJ.

Unlike energy derived from fossil fuels, energy derived from solar power is diffuse and also extremely intermittent: it varies constantly with weather or day/night. If a large city wants to derive a significant portion of its electricity from solar power, it must build fossil-fuel-fired or nuclear-powered electricity plants to provide backup for the times when solar energy is not available. Solar power has a capacity of about 20 percent. This means that if a utility wants to install 100 megawatts of solar power, they need to install 500 megawatts of solar panels. This makes solar power a prohibitively expensive and pragmatically poor replacement for the cheap and abundant fossil fuel energy our economy depends on, especially if one intends to use it operate missile factories.

Worse, calculations show that solar cells currently consume twice as much sej as they produce, so they're no bargain. Worse, an entirely solar civilization would most likely have to exist at the power output and potential (relative to electric grid capacity) of about one half where we are now. IN order to accomplish that we'd have to winnow the human population down to barely 2 billion - which is exactly the number that Alan Weisman pinpointed as the Earth's "Carrying capacity" or the maximum number of people the Earth can support given its resource base.  You simply can't have 7.5 billion people able to exist on solar power.  Their transport needs alone - never mind food - would make it impossible.

H.T. Odum's solar "eMergy" (eMbodied energy) measures all of the energy (adjusted for quality) that goes into the production of a product. Odum's calculations show that the only forms of alternative energy that can survive the exhaustion of fossil fuels are muscle, burning biomass (wood, animal dung, or peat), hydroelectric, geothermal in volcanic areas, and some wind electrical generation. Nuclear power could be viable if one could overcome the shortage of fuel. No other alternatives (e.g., solar voltaic) produce a large enough net sej to be sustainable. In short, there is no way out of the dire fossil fuel predicament any time soon, and we will likely exceed the 2, 770 gT calamity limit before we can implement massive alternate energy inputs.

"In an age in which gloom, doom and annihilation are everywhere, it's vital to bring genuine hope - the reality, not just the word - back into political life."

This is true,  but the problem is that our politicos have shamelessly abused the word 'hope' too often, using it in the wrong context of election cycles and seeking to exploit in when the wherewithal (or will) wasn't there to effect it. Hence, by doing so, they've only made the population more cynical - not less. This doesn't necessarily mean they are 'hopeless' or totally without positivity - but that they seek people in political life who are able to balance hope and realism. The problem again is that these really courageous potential politicians will not likely get the adequate funding to compete in our money-soaked system, which also favors the Neoliberal puppet over any other types.

The true fact here is the Gen Ys are quite right to view the current U.S. scene through mostly negative and cynical eyes. They've been betrayed as have we all. The problem has been to be able to pinpoint who or what is to blame, but most of us finally know it is un-tempered Neoliberalism, with its adoration of the markets as some deus ex machina, and the exclusion of human capital and human priorities.

Until that changes, no one has any right to exude false hope - which is the only form in abundance right now.

As for the zombies on 'The Walking Dead' - they are all around us, but mostly inhabiting the Beltway, as they sully forth to do the Neoliberals'  bidding on autopilot - and ignore the rest of us. Look just at the recent approval of $1b for the Ukraine, while our own kids - 15.6 million of them- go to bed hungry each night because of recent food stamp cuts.

And:  http://smirkingchimp.com/thread/dave-johnson/55026/nafta-at-20-a-vehicle-to-increase-profits-at-the-expense-of-democracy
Posted by Copernicus at 9:07 AM