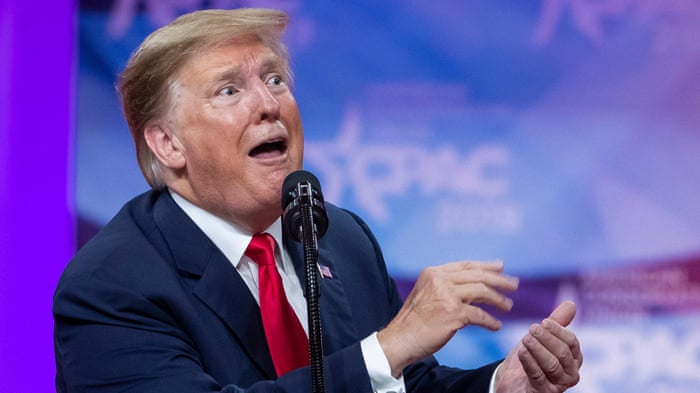 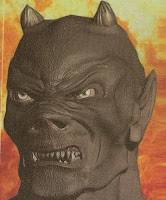 "I know it's true, what that Stella Immanuel said about demons! And I'm gonna retweet it! And yeah, I am a very stable genius!"

"I was probably the healthiest person you ever met. No pre-existing conditions, ski seventy to one hundred days a year.  But I got Covid, had sepsis, had MRSA, had a collapsed lung, and on a ventilator for thirty -one days. Hospitalized for sixty. Loss of blood pressure caused me to lose several fingers. I was on my death bed. This thing is for real, This virus is no joke,"      Greg Garfield,, Covid survivor, this morning on CBS

"It's so fundamental we can't say it enough. Until the virus is contained  the labor market won't be able to fully recover, leaving people in need of support. The path of the economy will depend significantly on the course of the virus."  - Fed Chair Jay Powell, WSJ, 'Business & Investing', p. B12. today.

As we learned this morning that the GDP shrank by 32.9 percent in the previous quarter (see WaPo link at bottom), we are now on notice that we had best change behaviors - or NO  part of the economy is coming back.  The news backed up  Federal Reserve  notices and interviews (over the past 4 weeks)  that if Americans don't collectively get on board in dealing with the virus, we are all for the economic high jump ('Fed's Outlook Grows Gloomier', WSJ, July 28, p. A2).    As noted therein:

"Officials have warned this month in speeches and interviews that the economy faces a deeper downturn and more difficult recovery if the country doesn't take more effective action to slow the spread of infection."

Boston  Fed President Eric Rosengren was even more blunt in his assessment:(ibid.):

"The Fed's policy response is not going to be able to offset all the losses if we continue to make serious public health mistakes."

This was endorsed by Dallas Fed President Robert Kaplan:

"How well we follow the health care protocols from here is going to be the primary economic tool we have.left."

In other words, the Fed is out of miracle moves to rescue the economy, and this is the crux of the problem - as so eloquently stated by Jay Powell (see top quote). . It's now up to U.S. citizens to get their act together and work together to alter the course of the virus in the U.S.  This instead of engaging in endless mask wars and other self defeating idiocy while buying into fake notions of personal liberty.  We have to understand in this moment of peril our personal freedom has to be sacrificed for the greater communal good.  If we don't grasp that, if we don't act accordingly, you could as well write our epitaph - and not just for the economy.  In addition, the economic disaster coming will almost surely be compounded if a new huge Covid benefits package  (HEROES ACT) isn't passed, and I mean by TODAY!  If that $600/week unemployment extra benefit isn't in the package you can pretty well kiss the GDP and economy goodbye.  GDP depends on spending, and little or none will be done without the enhanced unemployment benefit.  As  financial contributor Jill Schlesinger said on CBS this morning:

"That extra $600 a week was spent in the economy. So without a new package I think we are going to see the economy flatten out."

Alas, any change in behaviors for the 1 in 4 Americans who think it's all a "plandemic" or "hoax" may be a long way off.  This is given we have a  leader who is totally incompetent in his response to the pandemic, and done everything -including sidelining top medical experts - to ensure the death toll hits hundreds of thousands by November.  Worse, he has now started pandering to a classic crackpot and spreading her idiocy with his retweets.

because he senses her IQ is as low as his.   Immanuel, leader of Fire Power Ministries,  believes endometriosis and other potentially dangerous gynecological conditions are the residue of sexual intercourse with demons.  Incredibly,  this quack based at  the Rehoboth Medical Center in Houston, also has claimed "alien DNA"  has been used in medical treatments.  (I do hope in none of my prostate cancer treatments, including cryo-freezing of cancer cells back in 2017.  Were these replaced by 'alien DNA'?  Inquiring minds want to know!)

This crackpot quack Immanuel also teaches that demons, known as “spirit husbands” and “spirit wives”, once walked the Earth in physical form. After they drowned in Noah’s flood, however, they carried on only in non-corporeal form. They visit humans in sexy dreams, which aren’t dreams after all but spirit spouses making a booty call. This is almost as cracked as one "minister" (Contessa Adams) once claiming incubi and succubi inhabited sex toys and could possess the humans using them, see e.g.
By contrast, Immanuel's  demons are responsible not only for diseases of the female reproductive system but also for male impotence, most financial troubles, marital discord and spiritual malaise.

No, folks, you cannot make this bullshit up.  But this is the sort of irredeemable crappola our  great leader wastes his time tweeting and retweeting.  As well as watching on the tube.  Don't believe it?  You can find Immanuel on Trump’s Twitter feed, where she testifies to the power of hydroxychloroquine - the magic snake oil Dotard and his ass clowns have been humping for months now.   Sadly, millions of Americans heard or saw her advice, thanks in part to the Dotard's amplifying effect,  this before Facebook took down her page and the video (after 20 million views).

Earlier Twitter took down the offending video because (WSJ, July 29, p. A6):

"It violated its Covid 19 misinformation policy which prohibits misleading claims asserted as fact to influence others' behavior."

In the wake of that a Trump spokesman fulminated (ibid.):

"It is beyond the pale for Twitter to silence the views of medical professionals who happen to dissent from the establishment's anti-hydroxychloroquine  narrative."

But those weren't "medical professionals" but a gaggle of medical quacks and associated hare-brained imbeciles, like Stella Immanuel.  As for the anti-hydroxychloroquine narrative, that is pure bollocks.  The malaria drug has already caused a number of deaths from inappropriate use and the FDA rightly revoked its emergency use authorization.

Fauci fired back squashing the Trump claim.  As far as hurting Trump, the only one who's done that is the Dotard himself, because of his colossally incompetent response to the pandemic.  Tweeting his numskull conspiracy ideations and watching Trump TV when he ought to have been doing all he could to protect American lives.

The Reeptards, including two Colorado idiots now filing a lawsuit  in Fort Collins, to claim masks are "unconstitutional"  and are "political speech" - ought to be forced to see an image of an intubated Herman Cain - before he croaked from Covid.


Cain, recall, posted a photo of himself at the Trump Tulsa rally, hamming it up with other unmasked goobers. 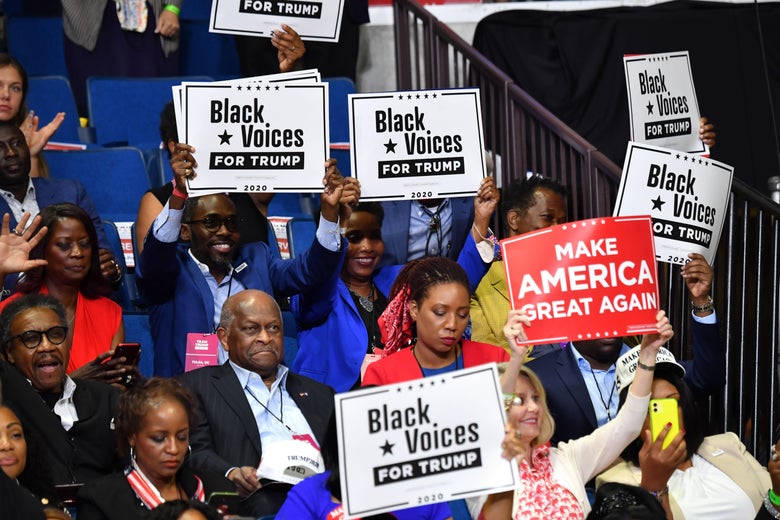 A pity this lot didn't see Greg Ip's WSJ piece today (p. A2) noting the death rate from Covid 19 is "5 to 40 times deadlier than seasonal flu."

Not that it would have made much difference.  It seldom does to those on the lower end of the IQ (Bell) curve.

Conservatives and the Right | Covid-19
Disease-denying Propaganda Spews a Pandemic of Pandemonium!
by Robert Becker | August 3, 2020 - 6:19am | permalink 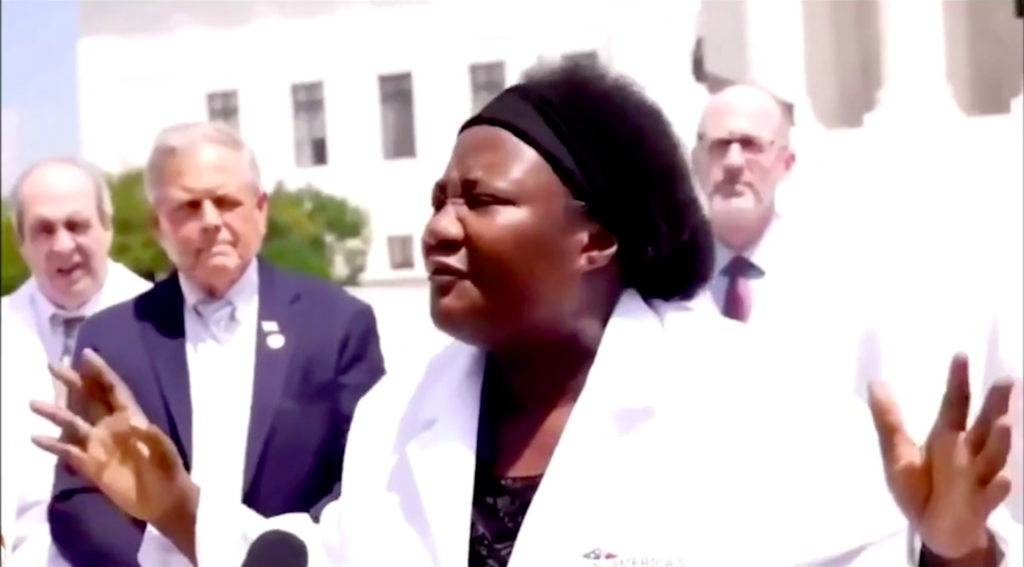 Covid-19 | Economic Policy | Media
Health Vs. The Economy? It Was Always a Bogus Choice, but the Media Helped Spread It

And:
Covid-19 | European Union
The Pandemic Reveals a Europe More United than the United States
Posted by Copernicus at 6:48 AM