All of the Right wing mass murderers have taken their cues - and xenophobic  hate memes  - from the two ultimate fascists, Trump and Hitler.


Even as we learned yesterday the Connecticut Supreme Court had overturned a previous ruling and the "re-do" enables Sandy Hook families to sue Remington Outdoor Co. for its shameless peddling of toxic male (i.e. "Be a man, get an AR)  adverts, another mass killing erupted in another part of the planet 10,000 miles away.  This took place in Christchurch New Zealand where a self-proclaimed Aussie "actual fascist" (Brenton Tarrant) executed 49 faithful at two Mosques.

The scum right winger actually live streamed his butchery on Facebook, according to news segments shown this a.m. (CBS Early Show, MSNBC) which now places the maggot in the company of the most detestable vermin on Earth, i.e. slime like Anders Breivik,  and the U.S. synagogue butcher, Robert Bowers who was charged with 44 federal counts in the Tree of Life massacre.

Recall that Bowers, a  46 y/o truck driver and Pittsburgh resident was a committed poster on "Gab"  then the  'go to' haven for Nazis, White Nationalists, Aryans and other extremists.  Oh, and plenty of Trump supporters too. In the immediate aftermath of the shooting, the local CBS affiliate KDJA reported that a “white male [with] a beardwalked in yelling ‘All Jews must die’.”

Most appalling is how Tarrant,  the Aussie butcher, defiled one of the finest nations on Earth  (and the site for many splendid scenes from 'The Lord of the Rings' series) and traced his feral motivation to the Trumpist anti-immigrant, White Nationalist virus spreading in this country.  As he texted (shown on CBS this morning), after the slime was asked openly if he was a supporter of Trump:

"As a symbol of renewed white identity and common purpose, sure!"

Painting himself also as a "savior" in  a “manifesto”  posted online before the attacks ('The Great Replacement') in which he fancied himself  ensuring "the existence of our people and a future for white children."  - Hence, he evokes the nonsense self-portrait of many of the other Reich kooks recently-   such as Christopher Hasson, who had laid away a store of arms , e.g.

To carry out a terrorist purge of retribution in his febrile brain. (Fortunately this cretin was busted in time).  Meanwhile, Tarrant also expressed delusions of grandeur in his lame manifesto, professing his act was intended to "create conflict between two ideologies in the United States on the ownership of firearms."

Well, you're a tad late there, Roscoe.  That battle of ideologies has been ongoing with max intensity since the ban on assault weapons was lifted over 20 years ago.

None of these recent violent mass slaughters just sprang spontaneously but have clearly been percolating as more and more words from Trump and his platoon of White Nationalist crazies have been spewed out.  They've stirred up hate with their vile rhetoric -   often praising neo-Nazis and other filth.  Now we know the virus has even reached to "down under".

In this latest hate outbreak we've learned forty-nine people have been shot dead and 48 injured in attacks targeting Muslims at two mosques during Friday prayers in Christchurch,  This makes it   the worst mass shooting in New Zealand’s history, with more slain in Kiwi land than all of last year.  Prime minister, Jacinda Ardern, described the atrocity as a terrorist attack - which is what it was - and said Friday had been “one of New Zealand’s darkest days”. Police commissioner Mike Bush said explosive devices in a car had been defused and urged all mosques across the country to close their doors for the time being.

Tarrant, the 28-year-old, Australia born asshole,  actually helped prosecutors when they got hold of his live stream footage on Facebook, showing him driving to a mosque then opening fire.

Australian prime minister, Scott Morrison, called the massacre a “rightwing extremist attack”- which is spot on.  But one wishes he'd have gone further and pointed to Trump as the immediate source of the White nationalist cesspool.

The toxic change since Trump's arrival has also been documented and verified by the SPLC .  The organization (to which I belong) has found the number of U.S. hate groups hit a record high last year at 1.020.  Most appalling, the number has jumped 30 percent since 2014, and followed three consecutive years of decline following President Obama's time in office.  The center also noted: "The rise in hate movement coincides with President Trump's campaign and presidency."

I know the average American has the attention span of a gnat, and even less memory of recent political events, far less historical or violent ones. But it shouldn't be too much of a stretch or mental demand  to recall the incendiary words of the Swine-in-chief  often just before major massacres or displays, such as the Synagogue massacre by Robert Bowers.


Is Trump partly responsible for triggering these murderous misfits? Is the Sun a star?  Does a bear shit in the woods? Is gravity real? Dotard has regularly called reporters "enemies of the people" and encouraged his zombies to "knock the crap out of protesters". A good summary of Trump's rhetoric, in speeches and ties to Neo-Nazis, appeals to White Nationalists can be found here.
https://www.splcenter.org/fighting-hate/intelligence-report/2018/2017-year-hate-and-extremism

Former Acting Solicitor General Neal Katyal  put it  best on MSNBC  last month after the Hasson bust::
"All the accounts together show that Trump is engaged in a serial murder of the Constitution and rule of law. He fires anyone investigating him who wants to seek the truth,  whether it's McCabe or whether it's Comey or even Jeffrey Sessions. He puts in place constitutional jokes like Matthew Whitaker.  He tries to discredit and destroy investigations.  He dangles pardons at people who could help him out in any trials. He declares national emergencies without warrant. He discredits judges. All together  this is someone who is unfit to discharge his duties as our chief executive officer."

Oh, and let's not forget his most recent outbursts and threats of violence! 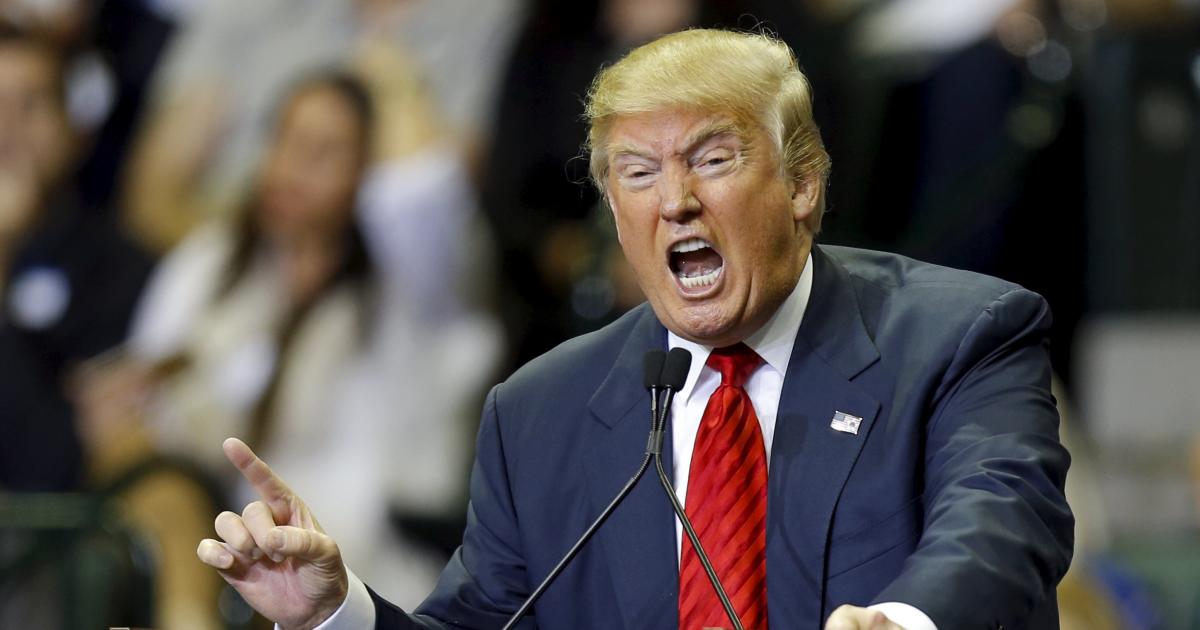 As exposed by blogger Cody Fenwick (see first link below):

"Speaking with Breitbart News, President Donald Trump delivered a garbled but nevertheless disturbing statement in an article published Thursday that many interpreted as a prediction — or possibly a threat — of political violence. Though the outlet didn’t provide an outright transcript or quote the questions Trump was responding to, it said the following remark came in a discussion about “how the left is fighting hard”:


“You know, the left plays a tougher game, it’s very funny. I actually think that the people on the right are tougher, but they don’t play it tougher. Okay? I can tell you I have the support of the police, the support of the military, the support of the Bikers for Trump – I have the tough people, but they don’t play it tough — until they go to a certain point, and then it would be very bad, very bad. But the left plays it cuter and tougher. Like with all the nonsense that they do in Congress … with all this invest[igations]—that’s all they want to do is –you know, they do things that are nasty. Republicans never played this.”

And assorted poor thinkers are unable to process how it is so many crazies, murderous mutts and degenerates are unleashed in his name!

AND:
New Zealand’s Prime Minister Asked Trump to Do Just This One Thing after the Mosque Attack — and He Completely Failed

"I’m well aware of the various see-no-evil attempts to excuse this behavior: That’s just how he talks. Don’t take him literally. Other Republicans are keeping him in check. His speeches and tweets don’t really matter.

But they do matter. The president’s continued encouragement of violence — and of white nationalism — is part of the reason that white-nationalist violence is increasing. Funny how that works."