Leaker Reality Winner Is No Winner At Leaking! 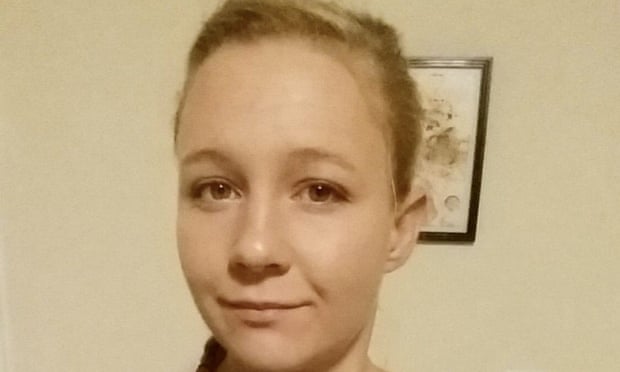 Reality Winner before being busted by Feds for leaking classified documents.

As the self-righteous Right's paper patriots and Trumpies go bananas over the arrest of NSA leaker Reality Leigh Winner it is well to consider this:  the winsome young Millennial was not the sharpest knife in the drawer. At least when it came to the actual method of her accessing the document she leaked.  Ax reported now by numerous news sources with access to the documents, Russian intelligence agents hacked a US voting systems manufacturer in the weeks leading up to last year’s presidential election, according to the Intercept, citing what it said was "a highly classified National Security Agency (NSA) report".  (This was the selfsame report Winner leaked).

Any other savvy NSA contractor, or Edward Snowden, could have told her you do not use an NSA-tagged printer to run off anything you plan to leak.  That's like begging to be caught or wearing a sign on your back in 8 inch letters reading: "I'm the leaker! Catch me!"

But pardon me for saying that this lack of attention to detail is often a byproduct of the idealistic Millennial generation. Their hearts are certainly in the right place - and Winner's clearly was (she was also a Bernie supporter) but their heads are often in the clouds and not processing real world details, such as how to get NSA files out into the public.

Now that Ms. Winner has failed in that, the whole anti-leaker world is in high dudgeon calling for even more heads to roll. But roll they won't because I doubt any will be as dumb as Winner - who is no winner at the leaking game.  Besides, would be leakers will now be even more on their guard, taking more precautions.

Winner, 25, was arrested Saturday in Augusta, GA.  She held a top secret clearance at a government facility where she worked as a contractor - like Edward Snowden. Her contract company was Pluribus International Corporation. The DOJ alleges that Winner printed out the classified document, dated May 5th, and she admitted to removing, retaining and mailing it.

Contrast this with Edward Snowden's putative method (depicted in the movie, 'Snowden') whereby he carefully and sequentially first downloaded the files (XKeyscore, PRISM etc.)  onto an SD card, and then hid it within a tile of a  Rubik's cube. He then, on exiting the Oahu NSA Center, avoids running the Rubik's cube through security by tossing it by tossing it to a security guard who then plays with it - no remote idea it contains hidden files on an SD card. Meanwhile, Snowden - clean as a whistle - passes through the security screening without a hitch.

Had Winner seen the Oliver Stone movie, she'd have processed the extreme precautions needed to smuggle anything out of an NSA facility. Now, to be sure, the depiction in the film was just that - a fictional portrayal - and Snowden has never described how he actually did it. (Director Oliver Stone told The Daily Beast that he doesn’t actually know how Snowden smuggled out the information.) Never mind, we do have two items to work with:

1) Snowden did use a Rubik’s Cube to identify himself when he first met with Guardian journalist Glenn Greenwald. If he had possession of it then he could well have used it earlier.

2)  Though otherwise tight -lipped, Snowden himself hinted that there may be some truth behind the portrayal.

Most techie sites I've consulted do regard it as feasible, especially if carried out as portrayed in the film.  In any case, Snowden  - if informed of Winner's plan before she did it, would have told her in no uncertain terms to avoid using open access devices like printers. NO! NO! NO! You dummy!

Another dummy lapse: using her freaking work computer email  to make contact with the Intercept. Did she not know, or process, that all email systems on NSA - linked computers (not to mention those of most large corporations) are monitored?   My take is she may not be as stupid as her actions appear, and may simply have acted impetuously - without fully thinking her leak plan through.  This is very sad indeed, because she will now "repent at leisure", facing up to ten years in prison.

At the same time, her reckless folly has unleashed the screeching demons and harpies of the Right and the most odious, chest-pounding  Repukes (like Jason Chaffetz: "I want people in handcuffs and I want to see people behind bars!"). We will now have to listen to them as well as Trump bragging how they finally bagged a leaker(never mind an incautious one) and plan to grab many more.

The good aspect to this 'catch' of an abysmally clueless and careless leaker is that it is more than likely a one off.   Given the vile nature of the Trump presidency we need the leaks to continue now more than ever to expose these vipers as the vermin they are.  Reality Winner's foolish lapses didn't help, but I don't believe they will hurt other leaks in the long run.