False Knowledge Syndrome: Why Does It Afflict So Many Tea Baggers & FOX-ites? 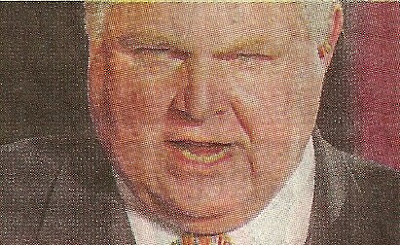 
If I had a buck for every time Rush Limbaugh claimed Liberals were "attacking the Heartland" - whatever the hell that means - I'd be a millionaire. In fact, Red state interests and welfare are in the crapper because most of them  are so blinded by their false beliefs and ideology that they vote against their own economic interests, a condition superbly described in Thomas Frank's book, 'What's the Matter with Kansas?'  And because Red state voters keep pulling the levers for the 'pukes, it's no surprise that they never get ahead  - since the Repukes are the party of Big Business and incessant tax cuts.   But the sixty four dollar question remains: Do Limbaugh's bombastic rants shape the brains of his audience, OR is it their limited knowledge and education on the facts that draws them to the likes of El Rushbo  and FOX News - just to hear bunkum that supports their false knowledge and beliefs?

In short, one can put forward the proposition that the Ditto heads who fawn over Rush and the Foxites that regularly tune in O'Reilly believe a constellation of untrue things, and that leads them to collect — even invent — bad information to flesh out what they already believe.  The classic case is the dupe who by virtue of some streak of bad life decisions or experiences comes to believe "all liberals are liars". He then somehow finds Larry Schweikart's fishwrap book on '48 Liberal Lies About American History' and finds specious support for his false knowledge and bad insights. Classic confirmation bias.

The other aspect is that media itself can shape viewer's perceptions toward false knowledge and beliefs.   This was vividly illustrated by a 1991 study that found that the more people watched TV during the first Gulf War, the less they knew about fundamental issues and facts, even as they were more likely to support the war. Wanting to believe that the U.S. was involved in a noble cause, for example, only 13 percent knew that when Iraq first threatened to invade Kuwait, the U.S. said it would take no action, while 65 percent falsely “knew” that the U.S. said it would support Kuwait militarily.

This indicated that when anyone asserts they "know" something about history, one needs to take it with a grain of salt unless they produce hard evidence (not just citing Larry Schweikart's abominable book!)

In earlier posts I examined part of the reason for this as linked to  the    huge survey of American politics  showing the American Right is even more whacked out of its collective head than we thought. Recall the first part, released a couple weeks ago, focused on political polarization .  As indicated in this split for the data:

Overall, it is the widespread agreement among conservatives on this point of grabbing benefits without doing anything that's really striking. There are reasonable, well-intentioned arguments on either side of many poverty-related issues - about the causes of poverty (see the right half of the chart), or whether government benefits provide a leg up or simply perpetuate poverty, for instance. But at root the conservative beliefs about what agents perpetuate poverty are totally out of whack with the actual data.

But possibly this bifurcation is because the Right accepts too much misinformation overall, such as on global warming, see e.g.

"Sure, all humans want to believe they’re rational, but Kahan's work shows that in reality most people employ their reason  ex post facto to  rationalize what they already want to believe. Thus, if they already believe global warming is a "hoax" their brains won't work in order to process new information that invalidates that, but rather they will search for bogus information (say from a Terry Lovell, or Richard Lindzen, or Jason Lisle) that reinforces their misperceptions. "


Sadly the problem isn't limited to issues of  scientific fact, or sociology,  war and peace. Misinformation in public life isn’t the exception, it’s the rule, according to a new study published in Social Science Quarterly  which employed a “knowledge distortion index” and looked at two competing explanations for why this is so — one top-down, the other bottom-up.  The researchers used three Washington state initiatives from the 2006 general election cycle to examine the dynamics of what is going on in this particular sort of political environment.


The study, “How Voters Become Misinformed: An Investigation of the Emergence and Consequences of False Factual Beliefs,” found that “voters’ values and partisanship had the strongest associations with distorted beliefs, which then influenced voting choices. Self-reported levels of exposure to media and campaign messages played a surprisingly limited role,” despite the presence of significantly mistaken “facts,” which were used to help construct the knowledge distortion index. (Of course, knowing how suspect people are of being tagged "Foxites" we must understand how they may under report their viewing habits.)
Lead author, Justin Reedy, told Salon.com. “Both of these theories recognize that citizens can develop distorted factual beliefs because of their political views, but they disagree about how those distortions might happen. Heuristics researchers generally think that citizens have limited attention for politics and try to process information quickly and efficiently.”
Which makes sense.
In another take, Reedy further explained:
“People who are fairly politically knowledgeable can figure out whether political information and factual claims match up with their own ideology or not — and therefore whether they should accept or reject those.  Cultural cognition researchers, however, see political opinions as driven by deep-seated values about how the world works, and not contingent on someone’s political knowledge.”
The first type is what I refer to as critically thinking rational voters. We can clearly see, for example, that the last several efforts to put "personhood" amendments on the Colorado ballot were all driven by fundamentalist ideology and not rational information or sound politics (they've been defeated resoundingly three times). On the other hand, in terms of the recent Colorado initiatives to control fracking locally, we saw rational and practical advantage to environmentally conscious citizens despite all the hysterical screaming from the oil and gas industry that we would "destroy jobs".
"Values voters" occupy a decidedly different rung, as first observed by Thomas Frank. They have pre-existing "values" on how the world ought to work and let these trump any contradicting facts - whether scientific, historical or political.  Thus, in their fanciful worlds, CO2 should not be able to overturn an entire planet's climate - so they disbelieve any facts trotted out. In their world they also reject that humans could evolve from a common ape-human ancestor, so reject Darwinian evolution. They also value bibles and guns over "liberal" positions like gun control and freedom from religion, so reject liberalism as a threat to their own values. Oh, and they are convinced that liberals have been the ones shafting this country from the year dot. They believe this without a whit of evidence, and only because some schmoe like Limbaugh or Larry Schweikart tells them so.
But they often go much farther in asserting their lack of knowledge and information based on their values means ALL liberal values are wrong. The next cognitive step is to tie liberal values to knowledge they implicitly disdain, such as about global warming and evolution. Hence, it's easy to believe bollocks such as "liberal lies about history" or that global warming "is a hoax."  But they don't see these as emblems of ignorance but rather badges of honor.
Which brings us back to the latest study and an unsavory finding:
"Whatever future refinements may be made to the values-based distortion model, the unsettling evidence remains that many voters are systematically misinformed on political issues, and those erroneous factual beliefs appear to influence how they mark their ballot on election day "
To say this is a serious problem is putting it mildly.  It shows me that values distortion and bias can lead to a toxic and destabilizing political distortion.  We have a political system that purports to not only reflect the “will of the people,” but that also respects reality as a basic matter of course. But does it? What if the will of too many is based on false information or knowledge?  In fact, from the time of the Founders (the REAL ones, not the imaginary constructs the  Tea Baggers have conjured) it has been an axiom that informed people are needed to sustain a functioning democracy. As Thomas Jefferson put it in his 'Notes on Virginia':
"Every government degenerates when trusted to the rulers of the people alone. The people themselves therefore are its only safe depositories. AND TO RENDER THEM SAFE, THEIR MINDS MUST BE IMPROVED."
Jefferson understood that a citizen "depository" of false beliefs and misinformation would ultimately destroy the Republic on account of the regression of citizens' minds,  not improvement. He understood that citizens to attain this improvement needed to read in a focused fashion and not believe anything they read. Another Founder, John Adams, wrote:
“Facts are stubborn things,”
But epitomizing the blind stupidity of the Right, their favorite President,  Ronald Reagan,  famously misquoted him:
“Facts are stupid things,”
Which could be the motto of all those who get their "values" regularly confirmed  via a reality filtered through Limbaugh or Hannity, or the likes of Larry Schweikart!