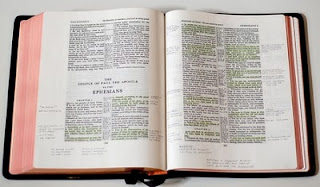 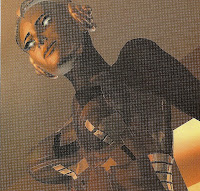 Evangelicals evidently are ready to take on artificial intelligence, A.I., according to a recently released document by 'The Ethics and Religious Liberty Commission' of the Southern Baptist Convention.   According to a recent WSJ piece ('Evangelicals Take On Artificial Intelligence', May 10, p. A13) the document "addresses topics from sex and medicine to accountability and the image of God". And the underlying theme is 'What does it mean to be human?"

The author, S. Joshua Swamindass, is exceptional in not only being an evangelical but an "artificial intelligence scientist" in his own words.  This interjected some cognitive dissonance even as I read the piece, but by the end I became convinced he had his head screwed on straight in terms of the questions he asked, and the challenges to the document made.

For example, he notes the document claims that "moral decision making is the exclusive responsibility of humans".  Kind of astounding given that A.I.-driven vehicles must make intant decisions i.e. "in facing a potential accident the car may need to make moral decisions".  For example, the A.I. vehicle is suddenly faced with a deer in the middle of the highway. Does it veer to avoid it, thereby crossing into the oncoming lane - and colliding with vulnerable humans? Or opt to  hit the deer?  In the latter,  more moral example, human life is preserved but the  animal is sacrificed.

As Swamindass puts it: "The document seems to oppose artificial intelligence where it might delegate moral decisions like this but it is not clear. This risks unnecessary  prohibitions of life-saving technology."

Adding that clearly it "doesn't prohibit creating life through reproduction" (though theists I've debated have insisted this is still "secondary divine creation, since the humans who reproduced were already created by God".)

The author also adds the example of "creating new viruses in a lab", but most theists again would argue the proto-life or other chemicals needed for this lab creation "were already created by a divine entity."

Which is why the Materialist (or Atheist) scientist simply refers to the chemical dynamics associated with colloidal, non-living droplets, that subsequently evolve to a rudimentary life form.

So we begin with  colloidal micro-spheres  - abundant in the primitive Earth - capable of exchanging energy with their surroundings. To get energy, these self-sustaining coacervate droplets could use one or two basic reactions involving adenosine triphosphate (ATP) and adenosine diphosphate (ADP):[1]
L*M + R + ADP + P -> R + L + M + ATP
ATP + X + Y + X*Y -> ADP + X*Y + X*Y + P
In the above, L*M is some large, indeterminate, energy-rich compound that could serve as ‘food’. Whatever the specific form, it’s conceived here to have two major parts capable of being broken to liberate energy. Compound R is perhaps a protenoid, but in any case able to act on L*M to decompose it. Concurrent with the first reaction is the possibility of a second, entailing autocatalytic molecules designated X*Y. These molecules can accelerate their own formation, using ATP.
On the basis of the chemical reactions, the hypothetical coacervate would consist of the chemical combination: X*Y + R. What properties might we expect for any such primitive life form? They’d include: simple organization, ability to increase in size, and ability to maintain itself over extended intervals. Does the coacervate meet these conditions?
Well, it has a very simple organization consisting of the molecules X*Y and R. It can increase its size by synthesizing more of X*Y, growing until unstable. Finally, it can maintain itself over indefinite intervals, so long as it can extract the chemical components it needs. What about replication? We expect that this is feasible when it splits into ‘daughters’ after growing too large. Then, so long as each has some of the protenoid R there is the capacity for replication.
A logical question is whether there is anything that can remotely compare to the theoretical construct above. In fact, there is, and it’s called a pleuro-pneumonia like organism or PPLO for short. The PPLO is as close to the theoretical limit of how small an organism can be[3]. Some figures clarify this. It has about 12 million atoms, and a molecular weight of 2.88 million Daltons[3]. Compared to an amoeba, it weighs about one billions times less.
So here we have the author's dilemma solved!

His related objection to the evangelicals' document is "it seems to declare artificial minds either impossible or immoral."  Then asking: "Why not encourage scientific inquiry?"  Well, because that process is foreclosed by doctrinal, supernaturally -mesmerized minds which abhor the scientific process itself.  Let's examine why:

You have data, and accessory information which leads to some initial result which tests a particular hypothesis- call it 'x'.

where x(n +1) denotes an improvement via iteration, with P(x) the process (acting on x) that allows it.

Religions - by contrast- simply impose their truth ab initio by fiat or decree. There is no attempt whatever to incorporate any approximation, since that implies limits and the possibility of contradiction. Hence, to even acknowledge that 'truth' can't be accessed all at once. Rather, one must set rational truth aside and succumb to ‘faith”.  Given the Southern Baptist Convention is committed to faith, not successive approximations and testing of their beliefs, it follows no scientific inquiry would ever be undertaken by them.  Why would it if there exists even a remote possibility of their claims being proven wrong?

From this, and given the rigid beliefs the WSJ author cites in the Baptists' document it ought not surprise anyone that they'd regard artificial minds as either "impossible" or "immoral". Why? Because those are the only two options available to the closed religious mentality unwilling to test its convictions, beliefs, dogmas and pronouncements.  Knowing full well that, if tested, any or all may be found wanting.

Indeed, a more pertinent question (for Southern Baptist evangelicals)  than: 'Why not encourage scientific inquiry?'  is: Why is Swamindass himself  an evangelical?  How does he manage to pursue scientific inquiry if he embraces a faith that has no use for research based on successive approximations? If he could answer that he might be able to grasp why "a far reaching statement of religious convictions never began with a list of questions".    The religiously molded don't want or need questions, they already have the answers in their "good book".