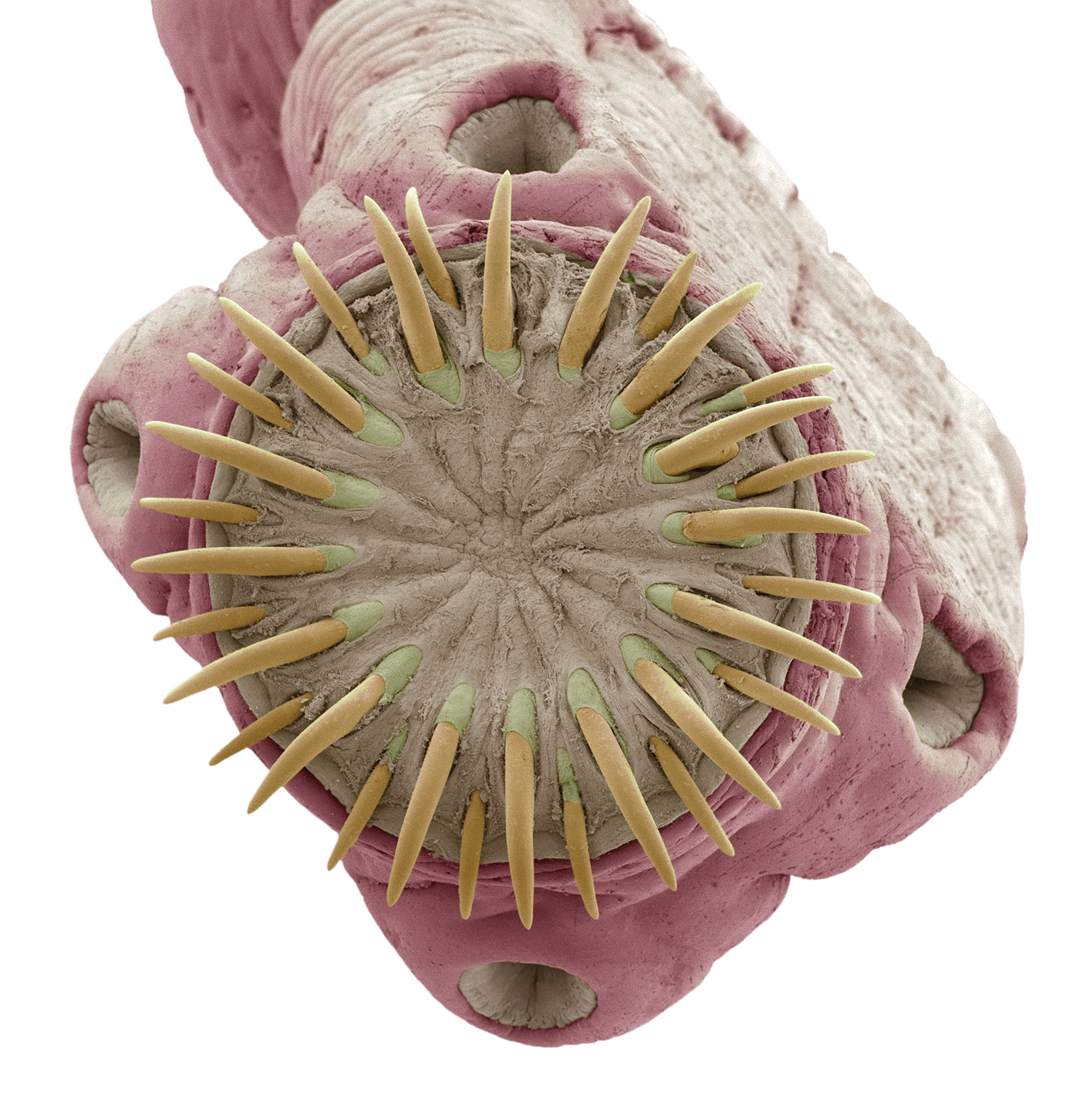 Tania solium solex or the pork tapeworm (left) and larvae visible in the raw pork we will soon behold - if Trumpian deregulators in the FDA, USDA get their way

Also, tapeworm cysts that have developed in the brain, after consuming infected pork..

Back in February I posted on Steve Bannon's promise to "deconstruct the administrative state".   I pointed out that what he actually meant was the destruction of the regulatory state - meaning the system of taxes, regulations and agency oversight supported by the current structure of government.. In other words, destructive  deregulation would eradicate all those elements of the federal "bureaucracy" that ensure your milk is free of fecal matter, your burgers of E Coli., your drinking water of perchlorates and lead, and your canned tuna free of botulism. Oh, also that medical devices are properly manufactured and sterilized to acceptable standards (FDA regs), i.e. so when you get your colonoscopy the colonoscope didn't just come directly from insertion into another patient..

How has this feral plan been working? Well, seemingly fine according to WSJ columnist Gerald Seib, 'Trump's Deregulatory Juggernaut Is Rolling' (Oct. 31, p. A2) where he notes:

"Executive branch agencies have issued 100 directives that either knock down regulations or begin a process to eliminate or shrink them."

While some might cheer the sound of the word "deregulation" or mentally conjure up images of freedom and personal liberty, they are more brainwashed than accurate. Actually,  as economist George Lakoff has pointed out, e.g.
http://smirkingchimp.com/thread/george-lakoff/71462/the-public-s-viewpoint-regulations-are-protections

Regulations are protections. Protections of the public health provided by a government that puts citizens' interests above corporate profits.  Deregulation then, means the abolition or elimination of those same protections. In other words, embracing proposals and policies that would enable tapeworm larvae to proliferate in our pork chops (and woe betide if you don't cook them properly), or allow mouse feces to get into your milk and your water to contain carcinogenic chemicals.

The deregulation team  - say ensconced at the FDA or USDA-  would ask questions like:

Do we really need to check restaurants for sanitary standards?

Can't we tolerate a little bit of roach feces and fly larvae in the pantries and on the foods, and some norovirus in the salads?

Can we not allow just a bit more food poisoning - like at Chipotle  - to get higher profits?  (If all restaurants have the same lower standards we all win, no?)

Do we really need to regulate the amount of agricultural fertilizer runoff into lakes and streams giving rise to cryptosporidium,? (The parasite that made 440,000 Milwaukeeans sick in 1994)

Do we really need to inspect meat packing plants for E. coli. and whether the automated butchering process splatters it  into burgers?

This elicits the question of how bad things have actually become while we've had our attention diverted by Dotard's antics and tweets. Such as the screwball's "fire and fury"  tantrum and threat to blow up North Korea and the whole world with it.

A good place to start is the EPA where regulatory renegade Scott Pruitt has been taking a battle axe to a slew of regulations including the desire to demolish the Clean Power Plan. Devised as a way to fight climate change, most in the business friendly GOP abhor it because it hurts the coal industry. The plan was designed to slash the amount of SO2 (sulfur dioxide) emitted by power plants by 90 percent, and cut nitrogen oxides by more than 70 percent.  These are good moves considering both contribute particulate matter to smog and that activates asthma as well as triggers heart attacks. DO Scotty and the GOP care. Hell no.

According to the EPA's earlier analysis - before these latter day Visigoths arrived - 3,600 lives would be saved and $34 b a year in health and climate benefits by 2030.   But Pruitt has rejected this data as irrelevant. No surprise when you consider his GOP pals have tried to repeal the ACA - so no one gets any health care. In other words, they don't give two shits if you live or die. You're on your own in the brace new world of Bannonite "deconstruction" of the administrative state.

Little wonder, EPA veteran Mustafa Ali - who resigned in March- told TIME reporter Justin Worland in a recent interview about what caused him to leave:

"They're trying to deconstruct and dismantle the basic protections. They're creating situations where more folks are going to get sick, more are going to die."

Pruitt's adopted the same approach in unleashing carcinogenic chemicals - like chlorpyrifos - on unsuspecting millions.   The EPA banned the chemical in 2000 on the basis that I was traced to brain defects I children.  One study by researchers at UC- Berkeley fond that children born in proximity to a farm where the stuff has been used have lower IQs.

But why should Scott Pruitt, Steve Bannon or Donald Trump care? They don/t have to raise those kids.

His efforts to deregulate policies and legislation on climate change are also well known. Already Pruitt's hand was exposed when an advance copy of one of his proposals leaked. Apparently, EPA is relying wholly on the argument that it can interpret the statute in question (section 111(d) of the Clean Air Act) to cover only regulations within the fence line (that is, within the physical grounds) of a power plant, not regulations that require the owner to obtain power from cleaner sources elsewhere.

Don't forget this is the same maggot who back in March boasted openly on his linked-in page of "being a leading advocate against the EPA's activist agenda". Transl.:  He is quite happy to see your grand kids choke to death on fracking fumes, nitrogen oxides or mercury pumped from coal fired utilities, or the toxic residue left behind in a place because there aren't enough EPA personnel to do clean ups.

How best to deal with these miscreants? Apart from suing to tie up their efforts in courts, we expose what they're assorted deregulation would do - say to our food and water. When people see that they should be sufficiently appalled to vote the bastards out  -in fact the whole Trump bunch- at the first opportunity. It starts next year, taking back the House of Representatives and for that we'll need the biggest Blue Wave ever..