Duterte Loves Dotard: Two Authoritarian Assholes- What More Do You Need To Know? 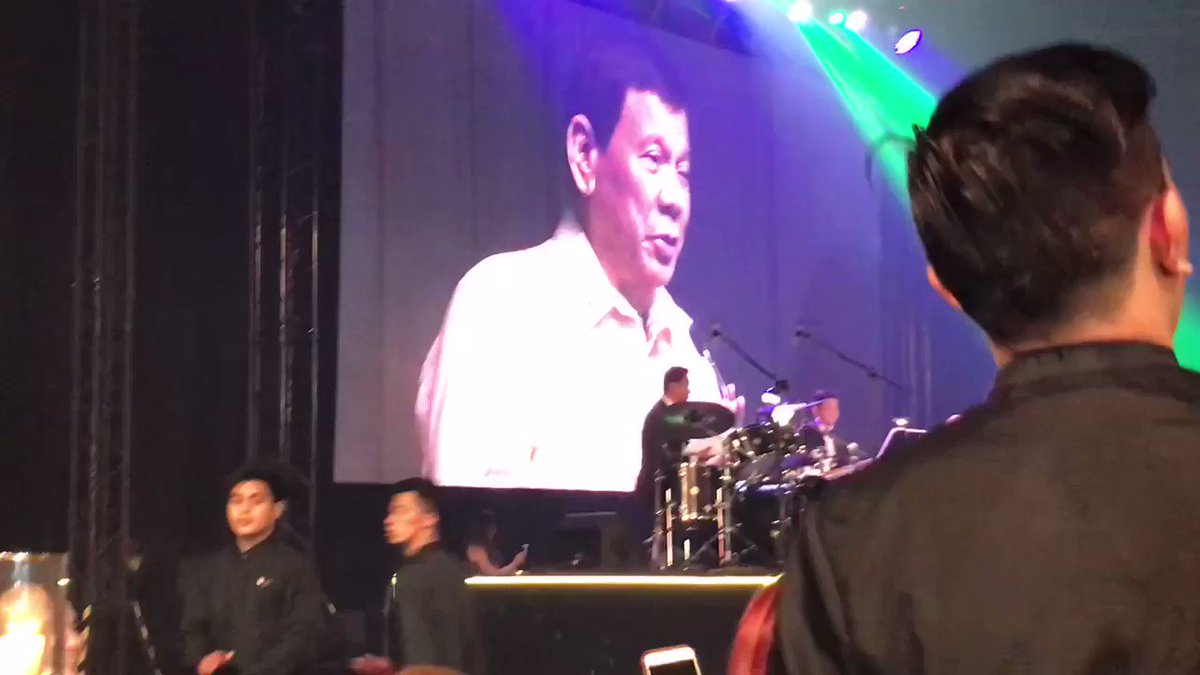 Philippine strongman and butcher Rodrigo Duterte belts out a love song to Dotard last Sunday. Why be surprised that one authoritarian maggot is devoted to another?

Many Americans may have missed the news, but last Sunday Trump, a.k.a. the Dotard, and Rodrigo Duterte - Filipino authoritarian maggot butcher - were among 19 leaders at a gala in the Philippines capital on Sunday before the annual Association of Southeast Asian Nations (Asean) summit. At one point Duterte took the microphone to sing a bit of a Filipino love song to Dotard-  in a duet with local pop diva Pilita Corrales.

One of the song’s verses, translated from Filipino, began: “You are the light in my world, a half of this heart of mine.”

According to the ABS-CBN news channel Duterte later said:.

“Ladies and gentlemen, I sang uninvited, upon the orders of the commander-in-chief of the United States,” 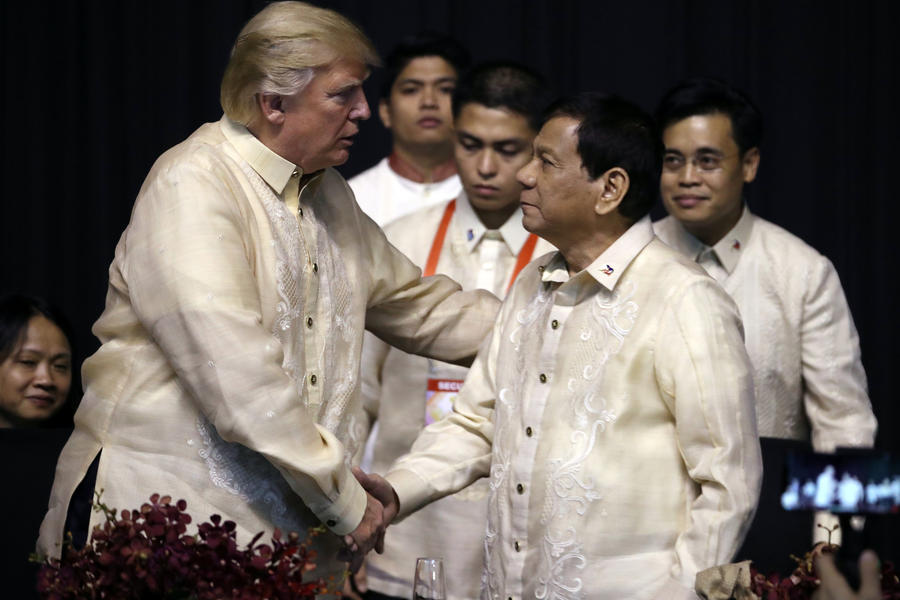 Dotard greets fellow maggot  Duterte - one authoritarian to another- in same garb.

So one also needs to inquire into why a Filipino dirtball who admits he once stabbed someone to death would be so enchanted with a character who once tested home-made switch blades on cats in a Queens' alley? I think the answers ought to be fairly obvious. They are both despicable degenerates who place no value on human life or dignity, nor any veneration of morality and law.  Plus, they are world class liars who've managed to get significant fractions of their respective nations to believe their bilge and BS.

In the case of Dotard, we know most of his sorry history already and how he has worked to build his rep  and wealth via his Russian connections. The incontestable fact is that it has always been Trump in up to his eyeballs with the Russkies - including to save his no good, bankruptcy- filing ass.  As noted in The New Republic (Aug./Sept. p. 29):

Of course, this very background helps explain why Trump is hyper paranoid now about Bob Mueller digging into his money trail, including leading right through his family finances.

In the case of Duterte we know he's a mass murdering SOB - using state-sponsored murder squads to try to control the drug problem.  Many news media cite more than 3,900 Filipinos have been killed in a war on drugs that Duterte declared when he took office last year.   But Human Rights Watch has estimated the number slain at 12,000 and perhaps as many as 13,000. Duterte insisted his storm troops  "acted in self-defense" , but critics say executions have been taking place with no accountability.  Given Rodrigo is as big a liar as Dotard I'm inclined to believe the critics.

Duterte actually said last week he would tell Donnie Dotard  to “lay off” if he raised the issue of human rights when they met.  But Trump, who has been criticized at home for neglecting rights issues in dealings abroad, praised Duterte in May for doing an “unbelievable job on the drug problem”.

In other words, if Donnie Dotard didn't have to adhere to a Constitution and rule of law he'd probably dispatch his own gangs of murdering filth to kill drug pushers and users like his Filipino pal.

What we beheld with the Sunday exhibition - including both authoritarians decked out in the same duds, is just how much they are alike. Two authoritarian narcissists each with murderous rage buried deep in his respective psychotic psyche.. Except that, fortunately, only one can actually use it with the power of the state behind his vile actions.

We need now to get rid of Dotard more than ever- and in the next post I will show how we can do so.
Posted by Copernicus at 9:40 AM