Attending to the Warning Signs of a Major Stock Market Correction 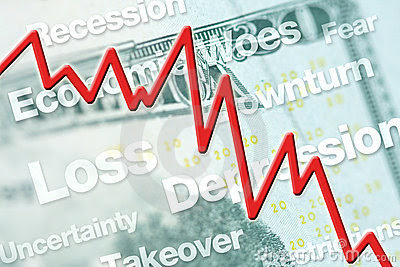 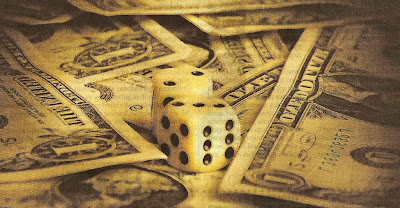 Many in the stock market are fairly ebullient - when the market soars - which is when it's not taking a dump on certain days or in response to specific events (e.g. Ebola infections, ISIS gains in Iraq etc).. Most have been beneficiaries of the Fed's infusion of "crack" in the form of "quantitative easing" and cheap money. (With another round on the horizon. Notice how the DOW stopped dropping once the buzz began about QE3, following QE1 and QE2 - which have together infused $4.3 TRILLION in bond purchases so far).

But at some point, the cheap money flow has to stop and even if it's done slowly Maul Street will respond hysterically, which is what has prompted discussion of how large a future correction will be ('How Bad Can It Get?', WSJ Sunday in Denver Post, Oct. 19). As the article observes, "corrections of 5% to 20% are a normal part of the stock market" and pointed out that even J.P. Morgan built corrections into his forecasts (often taking advantage of inside info while the little guys got toasted.)

Thus, those in the market now, whether in 401ks, IRAs or doing their own thing in day trades, need to be aware of the potential for loss, and large loss. In line with this, the article points out the "gloomiest" prognostication for a drop so far has been Scottish stock market historian and analyst Russel Napier. He suggests that Wall Street "might fall by 75 percent or more before the carnage is over."  This would put the DOW at about 4300 or where it was in 1980.

And it's not just a remote possibility. Arch-forecaster Nate Silver, in his book, The Signal and the Noise- Why So Many Predictions Fail But Some Don’t  warns (p. 347):

Are there warning signs to attend to? Of course! First among them is that IF  the economic future was truly rosy long term interests rates (a barometer of economic growth, i.e. since it indicates wages going up) would have been going up. But instead we observe them tumbling with the benchmark yield on 30-year Treasury bonds having now dipped below 3% and yields on the 10-year note at mid 2013 levels.

People should also be leery of the S&P increasing beyond the range Silver notes over a 5-year period, and the DOW is also a proxy of that - and red alarms ought to sound if it hits 17,000 and stays there any length of time.

A final warning sign which too few attend to is stock buybacks by the companies themselves. I mean, WHY should you have to buy back your own stock to create an artificial rise in share price if your company is genuinely doing well? It makes no sense. If you're going to use any extra money for anything it ought to be for paying dividends, not stock buybacks!

Columnist Jonathan Clements in his piece in the WSJ Section of the Post this past Sunday, observes:

"Many companies were big buyers of their own stock before the 2007-09 market decline, only to scuttle their buyback programs during the market crash. In recent years with share prices up sharply they have begun to voraciously buy back."

And why not, because they are then reaping the bounty of their own high share prices? Buy backs also make management's stock options more valuable - so what better way to compensate the Street's honchos?  Strangely, all this has selectively blinded investors to the lack of dividends. As Robert Arnott, quoted by Clements, stated:

"Dividends are reliable, You cut them at your own peril - but you can cut a buyback and hardly anyone notices."

Why? Why aren't the little guys more aware of how they're being shafted? Maybe for the same reason, as former trader Michael Lewis observed this morning on CBS' Early Show, they're not paying attention to how flash trading is ripping them off via "millisecond" advantage and thereby gaining pennies on the dollar with each trade made. They essentially gain those pennies (which add up to billions over time) by getting shares redeemed before you can via that slight micro-time advantage.

Why doesn't the SEC do anything to stop this baloney? According to Lewis, because once they leave the SEC they will be looking for jobs on the Street so don't want to alienate it with antagonistic regulations or judgments.  So don't look for the SEC honchos for any guidance or alerts to help you with navigating the swamps of Maul Street. You are literally on your own - with maybe this blog and a few others to try to provide some heads ups.

What you can do is what every sane investor ought to be doing: leaving any stock now that doesn't deliver dividends and is only doing buy backs. (With a little research you can find this out.)

You can also re-assess your risk tolerance. Can you really afford to lose 75 percent of your 401k  if the market came a crapper again? And don't take any online quizzes to asses your current risk tolerance! Psychologists will tell you when the market's going up, DOW headed toward 17,000 as it is now, people tend to over answer on the positive side.

What you really need to do is doff the rose-tinted glasses and pink Pollyanna hat and put on your black, negative thinking cap. Ask yourself how you would feel if you had $300,000 salted away  in 401ks and IRAs and after a major crash or "correction" had $75,000 left.  Would you be able to suck it up and move on? Would you be able to stick to the Street mantra of "Buy and hold!"  If not, you had better rethink your positions and portfolio.

Posted by Copernicus at 8:46 AM