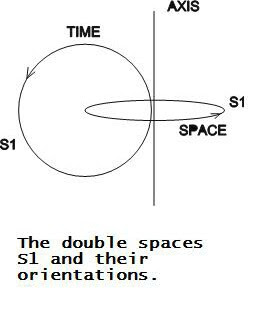 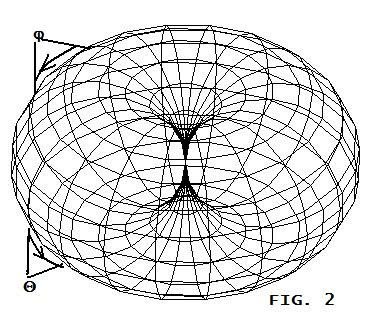 Everyone knows time is a physical unit, but that doesn’t exhaust its meaning or the extent of its usage. It's also a dimension, referenced to space-time and it's conceivable - as we saw at the end of the Part (I)- that “time” as an objective property doesn’t even exist.

For example, the late physicist David Bohm, in his Stochastic Interpretation of QM (developed at a more or less popular level in his monograph, ‘Wholeness and the Implicate Order’) made the case that given quantum nonlocality (instantaneous connections demonstrated by the Aspect experiments) “time” doesn’t exist as a unit of reference or singular property. After all, if two events (say the inverse polarizations of photons, or the inverse spins of electrons) are instantaneously connected- then no time exists for any signal transit. In this case, time as a recognizable property ceases to be.

Bohm invoked a higher- dimensionality cosmos to build upon this theme, for example, positing that mass-energy and space-time are melded in at least a five dimensional entity. (Op. cit., p. 186, ‘Quantum Theory as an Indication of a Multi-dimensional Implicate Order’) What we perceive as instantaneous connections are really manifestations of that higher dimensionality. Moreover, the fact that Bell’s theorem shows that NO local hidden variables theory can be correct, means that NO local description of nature can be correct, only non-local. (‘The Arrow of Time and Quantum Mechanics’ by Thomas Gold). Since local descriptions of nature are founded on local measurements of time, this means that such measurements are inadequate.

Other physicists, e.g. Robert Nadeau, Meno Kafatos et al, have correctly observed that since time itself is susceptible to certain formulations of the Heisenberg Uncertainty Principle (e.g. its energy-time presentation) then time itself is uncertain, and if uncertain, no defined units or dimensions can be assigned. This also means time is elastic. It can bend, expand or contract, and even do so under the influence of consciousness. (See, ‘Conscious Mind in the Physical World’, by Euan Squires)

But the variable nature of time, and the fact it can’t be registered as an absolute was already known from special relativity. For example, for a person moving at 60% of the speed of light in a spacecraft, his clock time registers much more slowly in reference to a stationary Earth observer. For example, if four years were recorded for the Terran observer's clock, only 3.2 years would be recorded for the astronaut travelling at 0.6c. At a speed of 0.95c, only 1.25 years would elapse for the traveler while the full four years would go by on Earth. (Anyone can verify these results by recourse to the well known time dilation equations for special relativity, available in any General Physics college text, or by googling).

More astounding, as physicist Squires points out (op. cit., p. 126), the assumed time reversal invariance of quantum theory depends on the construction of the Hamiltionian, H being a REAL function. (For those unaware, a “Hamiltonian” defines a relation between the kinetic (T), potential (V) and total energy (H) of a system, such that H = T + V. One can also obtain the “Lagrangian” which is L = T – V) However, as he points out (ibid.) there are certain interactions which have a small imaginary part, and which give rise to small effects such as the decays of K-mesons. In these decays, causality propositions or assumptions are violated.

More prosaically, from Maxwell’s EM theory, we are fully enabled to make use of what are called “advanced potentials” defined in terms of:

And the f1, f2 are functions of the electric potential and vector potential, respectively. In the advanced time, we ascertain conditions for the future potentials based on the past, and are able to use them in appropriate calculations in the future. An evident violation of causality, though admittedly the sort of applications where these may be used are limited.

By contrast, J. Cramer's "offer and echo" waves would allow one to see the future via waves that return to the past.


"Cycles and Oscillations" of time:

In some of the most ancient and esoteric philosophies, the belief resides that mental space is inextricably bound to physical space and time is generated via these connections. Is there anything to this?

In earlier explorations of algebraic homology, I noted that topologically, the torus identified with the Young‑type conscious universe is a mapping of two separate spaces, expressed:

Both spaces (S1) are identical, since both are circles (see diagram)

but going in different (perpendicular) directions to define the donut geometry. The first (space) is the circle all the way around the middle of the 'donut's body. The second (time) is the circle around a section of the donut itself. Here (diagram), the respective spaces (circles S1) define two dimensions for what we will call the global state space GL. Thus, we have:

The line marked 'Axis' defines the center of the toroidal space we are looking at. The important point is that the time cycle is mapped all along the (single) S1 cycle of space. The space cycle therefore defines all hyperdimensional cosmic time cycles that ever have, or will, exist. Evidently, there are an infinite number of such cycles, since an infinite number of points can be mapped onto the space cycle. (Imagine moving the time 'hoop' point by point around the space cycle).

All cycles (See Fig. 2) are identical in the infinite series (Σi Θi), but also different. Identical, since each cycle goes from 0 through 360 degrees, folding back on itself so that the beginning (Big Bang = 0) and ending (Big Crunch = 360°) are one and the same point (0° = 360°). Hence the same coordinates apply to all cosmic cycles. Θ is thus a fixed dimension of the Young‑hypertorus, much like time in the Minkowski universe. Indeed, in the hypertorus overview, any position can be fixed by two coordinates (φ, Θ) where the φ is used for space and Θ for time. In fact, since both are circles, it makes sense to assign them angles: one (φ) for space, the other (Θ) for time.


By way of example, Ξ could be the assassination of Hitler, and Ξ' the event wherein Hitler escapes assassination. Either one is possible but not both simultaneously in the same cosmic cycle! We already know we inhabit the cycle for which Ξ' holds, so the other (Ξ) cannot. The topological space of the hypertorus cosmos can therefore be represented by the global state space, a product of absolute hypertorus coordinate time (Θ) and 'all-space'(φ):

We now need to look at is how L and GL are related, and the space and time sets within them:

For example, for Θ, there is some spatio-temporal matrix M with generalized dimensional indices {x0, x1, x2, x3}. No one of these is 'time' specifically and uniquely. Rather, "time" arises when the three space indices have been assigned (i.e. if φ= {x1, x2, x3}, then Θ = {x0}. In effect, as S. Auyang observes: "the structure M is too primitive to confer special meaning on the time dimension. M is not in time, it is all times." (How is Quantum Field Theory Possible?, Oxford University Press, 1995, p. 169). By contrast, 't carries the load of temporal significance'.

Bottom line here? "Time" is by no means as straightforward as often assumed. Indeed, from Fig. 2, time (or rather the temporal coordinate) can change merely by changing position, or altering one's mental state (via the "offer" and "echo" waves of Cramer).

This is absolutely mind blowing stuff! It means we can't really trust what we take to be a normal progression of the moments of time, they're mostly illusion.

Btw, the "ancient philosophy" to which you referred is known as the "perennial philosophy" and I believe it was once explained by one of the Huxleys (Julian or Aldous).

The Christian sect known as 'Science of Mind' makes use of it as well.