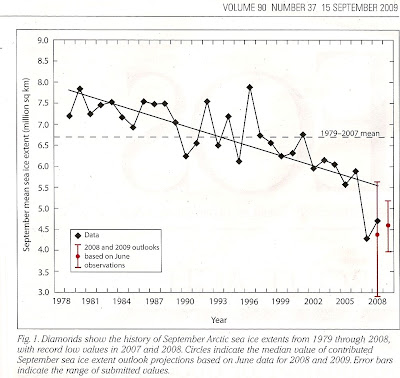 As we head toward the Copenhagen Climate Conference next month, a lot of kerfuffle and noise is making the rounds about alleged solutions for climate fixes - issuing from a book called "Super-Freakanomics: Global Cooling, Patriotic Prostitutes, and Why Suicide Bombers Should Buy Life Insurance" by Steven D. Levitt and Stephen J. Dubner. These two created quite a media storm after their first book, "Freakonomics" which portrayed a number of outlier man ifestations of economic decisions, and economic mannifestations derived from political decisions. For example, they claim to have shown that the abortion policies ensuing from Roe v. Wade actually helped many states by preventing the births of millions of murderers, rapists, thieves etc.....and hence controlled the monumental costs of imprisoning them all. Their reasoning was basically that the fetuses most likely to be aborted were those from the lower economic strata, and women least likely to provide the care needed. Minus that care, the progeny would more likely "mature" into gang bangers, drug pushers, robbers and rapists....etc.

I am not sure I buy that whole premise, but I do know I don't buy their premise to do with fixing global warming. But then, their cavalier, half-assed fixes may simply be a reflection of their woeful and vast ignorance to do with climatic science and global warming in particular.

First, let us see what the largest organization of geophysical and climate scientists has to say, as part of the position statement issued by the American Geophysical Union:

"The Earth's climate is now clearly out of balance and is warming. Many components of the climate system—including the temperatures of the atmosphere, land and ocean, the extent of sea ice and mountain glaciers, the sea level, the distribution of precipitation, and the length of seasons—are now changing at rates and in patterns that are not natural and are best explained by the increased atmospheric abundances of greenhouse gases and aerosols generated by human activity during the 20th century."

By contrast, the illustrious superfreakonomics authors compare the above to the late 19th-early 20th century problem induced by an over-abundance of horse shit (piling up on city roads everywhere) because, of course, the horse was the common mode of human transport. Many who lived then, including my ancestors, referred to a brown layer like an oozing, smelly carpet covering all roads into and out of a town. Then, magically, there came the automobile - thanks to Henry Ford- and the problem of being suffocated by horse shit vanished!

And so Levitt and Dubner coo:

"Just as equine activity once threatened to stamp out civilization, there is now a fear that human activity will do the same".

They then proceed to aver that all the anxiety is unwarranted and the threat overblown. as usual, the specious basis they use is invoking the "uncertainty" about how - exactly- Earth will respond to increasing CO2 levels and oh yes, "uncertainty has a nasty way of making us conjure up the worst possibilities".

Only in this case it's true!

What the econ geniuses won't tell you is how many of the uncertainties are now being ironed out with much more sophisticated modeling. Of interest is the paper: 'New Study for Climate Modeling, Analyses and Scenarios' appearing in Eos Transactions of the AGU, Vol. 90, No. 21, 26 May, 2009, page 181). The paper references the new European ENSEMBLES project - which is the first international multiclimate model intercomparison. The intercomparison model, which incorporates ocean warming and CO2 outgassing, shows a peak in the CO2 equivalent concentration in the atmosphere of ~ 535 parts per million by 2045, before eventually stabilizing at around 450 ppm during the 22nd century.

Alarmingly, the former figure is perilously close to the threshold concentration (~ 600 ppm) believed necessary to trigger the runaway greenhouse effect. All the climate models employed in the ENSEMBLES study were improved or extended models from the IPCC sets. A good proxy indicator of the problem is seen in the data for increasing sea ice melt (EOS, Vol. 90, No. 37, 15 September, 2009, p. 322). This graph is shown at the top, as extracted from that paper. The enhanced sea ice melt can be directly traced to warmer ocean temperatures and preceding higher CO2 concentrations.

Indeed, apart from the accelerating sea melt in the Arctic, one can look at the temperature trend since 1997. According to the National Climatic Data Center, it shows the global temperature in 2008 tied that of 2001. Preliminary calculations by the NCDC show that the world average temperature was 0.88 F above the 20th century average of 57.0 F degrees. This means that the ten warmest years on record have all occurred since 1997 - again putting the lie to the circulating humbug that warming "has ceased since 1998."

Two papers that clearly ought to have been processed by the superfreak authors before writing about climate in the same cavalier mode as horse manure are:

The first reinforces earlier work (Eos, Vol. 83, No. 34, from August 20, 2002, ‘Progress Made in Study of Ocean’s Calcium Carbonate Budget’)on how the oceans are actually masking the worst of global warming by virtue of their absorption of CO2. The earlier paper notes that sedimentary carbonates represent the largest reservoir of carbon on Earth. The author also notes that “a third of the anthropogenic CO2 that has been added to the atmosphere since the middle of the 18th century has been absorbed by the oceans". This means that the oceans, acting as CO2 reservoirs, have actually masked the worst effects of global warming.

Also totally absent from the economists' suspect radar is the role of methane, now being outgassed from permafrost - as well as from wetlands, rice paddies and lakes. (See: Eos, Vol. 90, No. 5, 3 February, 2009, 'Global Methane Emissions from Wetlands, Rice Paddies and Lakes'). The article notes the current concentration of atmospheric methane is ~ 1774 ± 1.8 ppb (parts per billion) and now accounts for 18% of all greenhouse gases. This is extremely unsettling, given that methane has a forcing component of 0.5 to 0.7 W/m^2 compared to CO2's value of 1.3 to 1.5 W/m^2 .

The cumulative assessment of all these inputs, from the CO2 concentrations to methane, and the role of the oceans (with CO2 outgassing) shows we are living on borrowed time, and not in the fanciful wish-fulfillment universe or alternative reality fabricated by Levitt and Dubner. (Who, one must concede, have economic priorities on their minds - dictating their adopted positions- not genuine climate physics)

So what do these two self-proclaimed gurus of world climate propose? Well, nothing so mundane as simple conservation, or solar cells or wind turbines. No, their solution is embodied in the insane question:
"Wouldn't it be simpler just to re-engineer the planet?"

One of their fave Rube Goldberg schemes (which obviously could only come from the brains of a pair of economists locked into hubris) is dispersing a fleet of fiberglass boats equipped with cloud-making machines over the oceans. They reason that the clouds would increase albedo and thence, decrease the tendency to trap incoming radiation. Hence, offset warming!

Nowhere do these two stalwarts factor in that a specific type of cloud has to be generated, not just any old cloud! For example, wispy high flying cirrus are semi-transparent to incoming sunlight but block infrared radiation emitted by the Earth, thus CONTRIBUTING to the Greenhouse Effect. Meanwhile, stratus clouds are gray, dense and low flying and have a net COOLING effect since their albedo is relatively high. So how will the authors ensure they generate the second type and not the first. And also, given an average of 3.5 billion cubic meters of cloud will be needed to offset the inputs of CO2 just from the oceans, where will they get the boats? Assuming each fiberglass boat can generate one million cubic meters of cloud (a BIG assumption) that means 35,000 such boats will be needed. But I wonder if these superfreaks have bothered to calculate how much CO2 generating fossil fuel will be needed for their manufacture. (Especially given they prize themselves as "cold, calculating economists" as opposed to - perhaps, touchy feely physicists?)

Another hare-brained plan entails sucking cold water from the depth of the sea to the surface. This fails because they have no remote idea how to locate such cold water, which emergence depends upon a downwelling wave (so-called because it lowers the thermocline, or temperature gradient). By example, typical downwellings during an El Nino prevent deeper cold water from mixing with warmer water near the surface. It would therefore make more sense to use these "tubes" at that time, since the segregation from warmer water is more assured. But HOW will they do it? They easily toss out these technological fixes, offering no practical means to achieve them, as if the mere spouting of the idea solves their greenhouse gas problem!

Perhaps their ultimate solution is based on the Mount Pinatubo volcano that erupted in the Phillippines in 1992. The volcano sent so much SO2 (sulphur dioxide) into the atmosphere that it resulted in cooler global air temperatures (by about 1.0 F) for about three years. So why not shoot enormous quantities (about four quadrillion tonnes a month) of sulphur dixoide into the atmosphere using an eighteen mile long hose?

First, the hose would have to be - in order for effect comparable to Pinatubo- about a half mile wide. Such a hose even if made of thinnest mylar with maximum ram pressure of the flowing gas -would not remain stable against gravity. Indeed, one can do calculations showing that by the time the mass of SO2 pumped attained a height of 2 miles the "hose" will collapse.

Even if the mechanical problems could be met, it would still be a god-awful idea. For one thing, SO2 in the presence of the catalyst NO2 forms sulphuric acid, H2 SO4, and this can then generate acid rain. Do we really want ten septillion tonnes of acid rain descending on what remaining agriculture growth areas, farms remain in a greenhouse world? Not to mention raining on humans, with concentrations of pH in the range of 2-3? Ever had H2SO4 spill onto your skin in a lab?

Beyond that, SO2 at the given altitude needed for effect can further erode the ozone layer. Beyond a certain threshold, this erosion of protective ozone leads to much higher influx of ultraviolet radiation - more skin cancers, more blindness, etc.

Then there is this: their idiotic So2 pumping solution would only work IF fossil fuel production at the onset of pumping made no further increases, leading to further CO2 concentration. But this would require really draconian solutions, such as stopping all births (since human population is the base producer of greenhouse gas) and all industrial activity. To use the authors' own dubious words and turn them upon them:
"Wouldn't it be simpler just to control our carbon inputs?"

Interestingly, Raymond J. Perrehumbert - a real climatologist at the University of Chicago, actually sent these two climate bozos a letter. It read in part:

"The problem wasn't necessarily that you talked to the wrong experts or to too few of them. The problem is that you failed to do the most elementary thinking".

Finally, if one is going to listen or read economists for inputs on global warming and solutions, at least attend to rational sources. Not airheaded science pretenders trying to be too glib by far in a banal effort to one-up the sales of their previous book. May I suggest The Financial Times? As the editors put it in a recent editorial ('Follow the Science on Climate Change', Nov. 2, 2009):

"Fortunately, the science becomes much clearer when we move from predicting the climate itself to assessing how to reduce carbon dioxide in the atmosphere. Forget about esoteric geo-engineering proposals to cool the earth. Technology that already exists (or is in development) can do the job perfectly well by increasing the efficiency with which we use carbon-based energy.

The least glamorous forms of energy conservation, such as insulating buildings properly and making transport more efficient, still have a huge contribution to make."

To which I append a word that I seldom, if ever, use: