When people find out that I resided in New Orleans  at the time of the Garrison trial (of Clay Shaw) in connection to the assassination of John F. Kennedy, the question most often asked is: What was the most memorable event or person?

In other words, Shaw was indeed a CIA contract agent as Garrison claimed.    From the available files – disclosed long after Garrison’s efforts ended – it was  evident Shaw used his QKENCHANT clearance  to “plan or coordinate  CIA activities” as well as “initiate relationships with non-agency institutions or person.”  In this guise, and as I show in my book The JFK Assassination- The Final Analysis,  e.g. 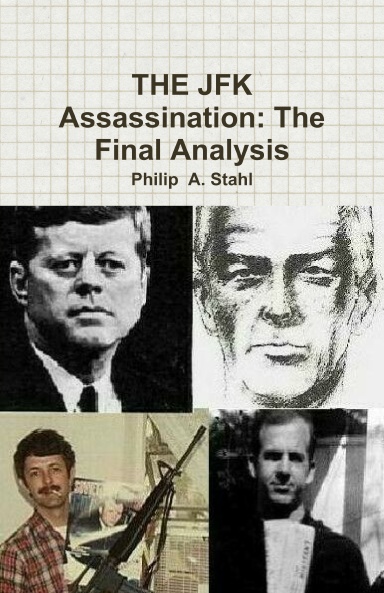 Shaw was effectively part of the CIA’s clandestine services with Covert Security Approval, working under cover.

Incredibly,  a book by Patricia Lambert (who I'd wager anything is related to Warren Commission toady James K. Lambert) is making the rounds again and attempting to smear both Garrison and film maker Oliver Stone in one fell swoop.  Evidently, too many daft, ignorant and gullible Amazon reviewers aren't aware of the real history of the case, else they'd not be gushing about how Lambert's effort "tells the whole truth".    I warrant most of these enthusiasts  aren't aware  of subsequent file releases - or if they are- haven't truly delved into them, say to ferret out Oswald's CIA files.  These include: the OS- 351-164 (‘Office of Security) file,  the 201- 289248 and 64-500 files.  All of which are fully documented in Military Science professor John Newman's monograph: Oswald and the CIA.

But going that further step, before swallowing  Lambert's  anti-Garrison screeds hook, line and sinker, would  necessitate a serious research inclination most of the gushers lack.

Indeed, this holds especially given there is little or no mention of other key aspects, including how Shaw's funding of the Guy Banister operations in New Orleans, on 544 Camp Street,  also linked to the CIA covert strategy of George Joannides, e.g. 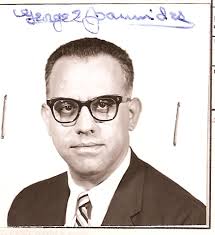 Especially his handling of the DRE (Directorio Revolucionario Estudantil ) whose members were all at the forefront of the fight to eliminate Fidel Castro. A once-secret memo with portion noting the use of the DRE originally came under control and oversight of Gen. Edward Lansdale and described how the DRE operatives were to be deployed in Miami and New Orleans. (Not long after, Oswald was filmed on Canal Street in New Orleans in an altercation with  Carlos Bringuier.)

According to a CIA memo found at the JFK Library, Joannides was giving $25,000 a month (about $147,000 in today's dollars) to the DRE at the time when the group's delegation decided to collect intelligence on and publish propaganda about Oswald.  Indeed, Joannides' use  of the DRE  by mid -1963 was  primarily to assist in painting Oswald as a fellow-traveler and communist sympathizer. In fact, the evidence from Oswald's CIA files suggests he was trying to infiltrate the group.

Absence of this background information, especially in any would –be critic’s quiver, definitely discloses  slipshod work – probably designed more as an ad hominem in the guise of a screed-imbued book.

Don't take my word for it.  Avail yourself of the vastly more authoritative review by another long time JFK researcher- Joan Mellen – in The Baltimore Sun-   soon after the original incarnation of Lambert's book appeared (co-authored then with an "M. Evans"). As Ms. Mellen wrote (1999 review, ‘As JFK Lore Witness Rings False’, also appearing in The South Florida Sun Sentinel, i.e. https://www.sun-sentinel.com/news/fl-xpm-1999-05-02-9904300760-story.html

“‘False Witness’, alas, is little more than an unpleasant one-sided diatribe, a belated, curious valentine to the elusive Shaw. Lambert's named sources (most are unidentified) are primarily Shaw's own lawyers. Her tone is venomous, the word "fraud" a verbal tic. "Reportedly" is a constant adverb.”

All of which supports the take of Lambert’s book being a 352 page ad hominem attack, and on a dead man who can’t defend himself to boot.

Ms. Mellen goes on to point out:

"Department of Justice spokesmen soon confirmed that "Clay Bertrand" and Clay Shaw were the same person. The officer booking Shaw reported that Shaw admitted to the alias "Clay Bertrand," an admission not admissible in court, but no less true for that. And a mailman testified under oath at the Shaw trial that he delivered mail to a "Bertrand" at the home of one of Clay Shaw's closest friends.


No matter. Bent on asserting that Clay Bertrand did not exist, a point necessary to exonerate Shaw -- the goal of this book -- Lambert without foundation suggests that these witnesses were either bribed or mentally deficient. The general reader would not know from Lambert that New Orleans FBI agent Regis Kennedy was looking for Clay Bertrand before Kennedy even interviewed Dean Andrews.”
As for Lambert's author bona fides, we learn from Ms. Mellen they are  flimsy at best, i.e.:

“The author description on the book jacket and press release describes Lambert, cryptically, as a "writer/editor." Yet no book that she ever wrote is mentioned.  Not a single magazine or newspaper article is cited. Her book twists the facts, suppresses an enormous amount of material, and offers so distorted a picture as to render it of scant historical merit.”

One of the few  direct takedowns of Lambert's schlock on Amazon  is a review written by C.E. Krah:
"This book, after all is said and done, is the Warren Commission and countless other naysayers words coming out of a suspiciously naive drone of a woman's mouth. She is not the first nor the last person to attack Jim Garrison and call him egotistical(among other things). The claims made mostly rely on Clay Shaw and cohorts telling the truth, and it's blindingly irritating how she takes each at his word. Sure, to the newcomer, her work may seem honest and investigative but to the more informed person, she is either incredibly near-sighted, or one of the many people who are paid in one way or another to add to the official cover story."

The last underscored point is incredibly germane and shows that the gap between WC defenders and the professional research community is generally determined by the willingness to access (and properly plumb)  the vast constellation of documents- especially released since the 1992 JFK Records Act.


The main takeaway here is an actual conspiracy was found for the JFK assassination, irrespective of all the efforts of Warren Commission hacks, toadies and puppets to claim otherwise.  The evidence is there, including the physics, the ballistics.  Let us also note the last actual investigation (not the mockery under LBJ’s control) was the House Subcommittee on Assassinations  (HSCA) which concluded a “96% probability of conspiracy” .

The secondary takeaway is that despite all Jim Garrison's rumored and actual faults-   and especially because he can no longer defend himself against  the many slurs and slanders of  disgruntled WC apparatchiks-   'False Witness' will remain a false narrative.  This is especially given what we've since learned of Shaw.

For those interested, my own book provides both detailed qualitative and quantitative analyses –including of the backyard ‘LIFE’ magazine photos, as well as the shot sequence (impulse profiles)  in Dealey Plaza on Nov. 22, 1963 - matched up with a test firing simulation using echo correlation in 1978.

Why I Trust Oliver Stone over Bob Woodward


A Hard Fact: All Necessary JFK Files HAVE Been Rel...


Books to read for the serious person interested in the Kennedy Assassination:
1) Crenshaw, Dr. Charles A., 1993: JFK- Conspiracy of Silence, Signet Books.
(The  link to a .pdf version of Dr. Crenshaw's book can be found below:
http://www.krusch.com/books/kennedy/Conspiracy_Of_Silence.pdf
2)Douglass, James: 2007,JFK and the Unspeakable: Why He Died and Why It Matters, Orbis Books.
3) Fonzi, Gaeton: 1993, The Last Investigation. Thunder’s Mouth Press.
)  4)Prouty, L. Fletcher: 1992, JFK, The CIA, and the Plot to Assassinate John F. Kennedy, Carroll Publishing.